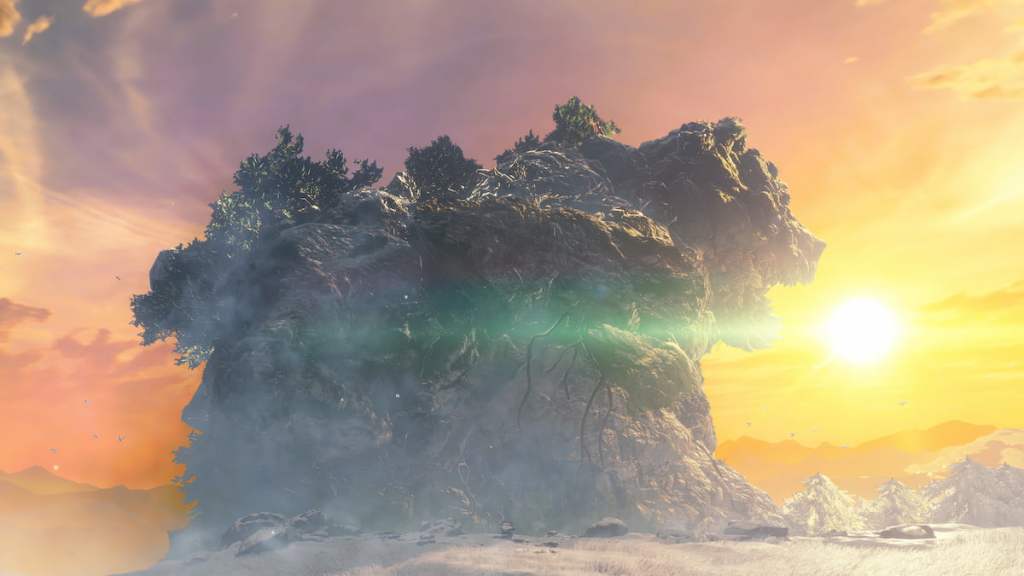 Ahead of the February launch of Wild Hearts, we had the chance to play through an alpha version of the game to get a taste of what it would be like to dive into the upcoming hunting game developed by Koei Tecmo. Although it was far from complete, we played several hours of the game, trying out the diverse set of weapons and using them against the gigantic monsters rampaging across Azuma, a fictional landscape created by Koei Tecmo and heavily inspired by feudal Japan.

Although limited to a small area in Wild Hearts, the expansive exploration felt that it had much potential to make the map a key feature rather than a backdrop to a monster fight. Unlike other hunting games where you begin at a hub city, select a monster, and then hunt it on a map, Wild Hearts will be an open world where the hub city, Minato, is briefly visited but never required to go after a monster. A hunter can explore the entire map, finding monsters as they look around, tracking them down, and fending off the land.

The story of Wild Hearts focuses on our character as a hunter, going the largest prey in Azuma: the Kemono. These gigantic beasts bend the environment to reflect their preferences throughout the land, typically destroying anything in their path. The central city in Azuma, called Minato, requires our protection from these monsters, which means hunting them down in the vast environment, fending off the land, and tracking down multiple resources to supply our unique item, the Karakuri.

Many of the tools a player uses while away from Minato would be created using the Karakuri, which is readily available at the start of the game. It’s a device that can create camps, watchtowers, a forge, and anything else you might need to prepare yourself for an upcoming battle with a Kemono. Even before the fight, you’ll use the Karakuri to create structures to boost your hunter’s jump, make vaulting on rock walls easier, or you can use it to zipline across a dangerous jungle. The Karakuri is an essential utility throughout Wild Hearts and will aid you in combat against Kemono.

The biggest appeal to Wild Hearts is clashing against the behemoth monsters rampaging across Azuma. The Kemono are dangerous creatures, changing a local environment into one that better suits them, which causes devastation wherever they go. As a hunter, you will be facing off against these monsters regularly, locating them in the environment and hunting them down alone or in a party with three players. You can pick from one of eight weapons, each with a different playstyle and dynamic combo.

Defeating these monsters was not simple. It took multiple hits, slowly breaking down the creature’s defenses, and using a Karakuri to make the task easier. Similar to other structures the Karakuri can construct before battle, you can use it to create large walls to block an incoming creature’s attack, or use it to shoot yourself in the air to avoid a charging monster, while also getting a high vantage shot of the monster.

The Karakuri felt like an immensely simple but complex tool entirely up to your creativity. Although it has a set number of uses, how you use it in a hunt is entirely up to you, making it feel like a natural tool.

For many, there are many obvious ties to the ever-popular Monster Hunter franchise by Capcom, and it was difficult to pull away from these similarities while playing Wild Hearts. You’re battling big monsters, collecting resources after you defeat them, and turning them into helpful weapons and gear to become stronger and fight even tougher creatures.

What will make Wild Hearts become a distinctive title will be the creativity behind players using their Karakuri in combat and what the end game looks like. The end game is huge for many hunting games, giving players multiple reasons to return to these areas to continue hunting these destructive monsters. Because we only had precious time with Wild Hearts in a closed-off alpha version of the game, it’s hard to predict what the end game will be. However, the impression Wild Hearts left on us was significant, and it could become another expanding hunting game for those who love to take down behemoth monsters and wear their parts.