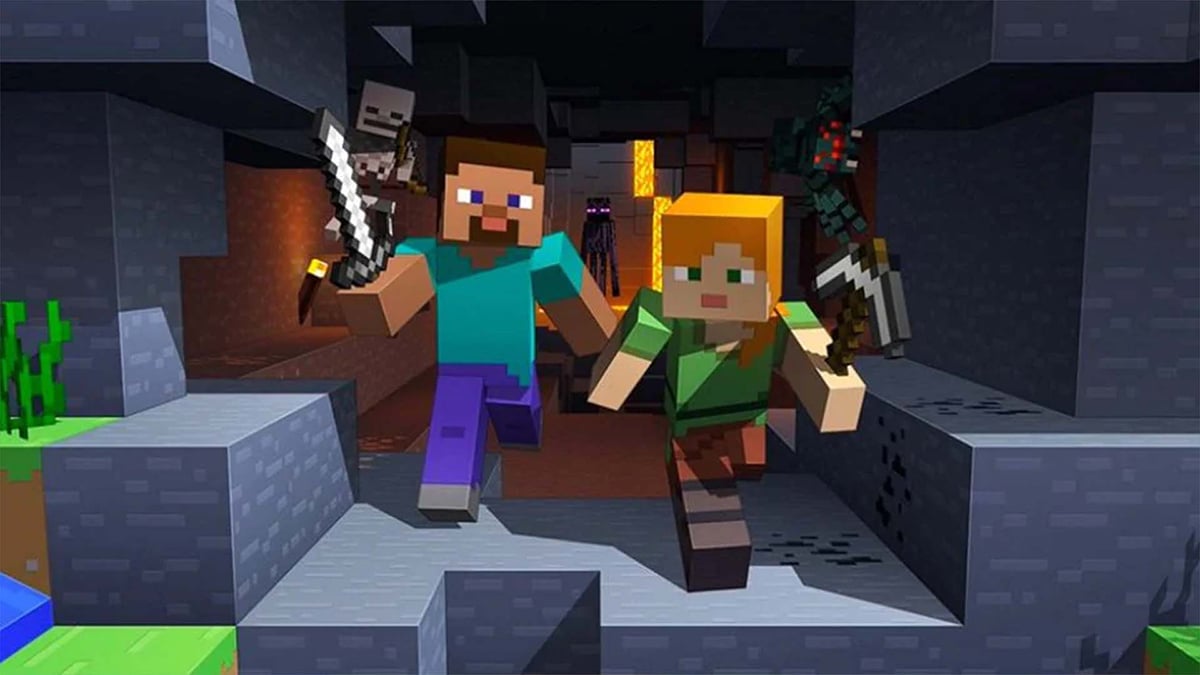 Mobile gaming has never been bigger, bringing innovative platformers, narrative-driven adventures, and ports of critically-acclaimed games to iOS devices. Whether your iPad is your primary gaming handheld or just a way to pass the time on the road, these latest additions to the App Store will keep your thumbs busy.

The best games for iPad

The App Store has a great collection of games on offer, with a balance between multiplayer and single-player titles to keep you busy whether you’re on the road or at home. While many of these games have to be purchased, some are actually free-to-play and offer countless hours of fun without spending a penny.

Though it was originally released back in 2018, it wasn’t until 2020 that Among Us became one of the biggest and most popular games in the world. The adorable art style hides a sinister premise, where friends and family try to figure out who is slowly trying to kill them off. It is a great game to play with friends around the world, though be prepared to potentially lose a few friendships along the way.

As a companion to the incredibly popular Apex Legends battle royale game, this title gives everything you could want from a free-to-play shooter. Team up with friends or join a random party to blast your way to victory. There are plenty of characters to choose from and new content consistently rolled out to keep the game fresh each season, so you’re unlikely to get bored of it anytime soon.

Bastion is one of the best games on any platform, offering a deep, immersive story, great voice acting, and a gorgeous art design. It is almost impossible not to fall in love with this title, which is why it is one of the best indie games for the past several years. You won’t soon run out of things to do in Bastion, making it a great game to pick up on iPad if you don’t already have it.

The gold standard in 4X games is now on iOS and it offers an experience that is close to what you get on the full PC version. The touch screen controls are perfect for a game like this and the wide range of leaders you can choose from makes every game you play a little bit different. This highly addictive game will have you playing into the wee hours of the morning before you know it.

If you like a challenge, Darkest Dungeon is here to deliver. Manage a group of adventurers as you explore dungeons and fight monsters. The mix of combat, exploration, and permanent death will keep things tense from start to finish. With games like this, it isn’t necessarily about winning; it is about doing a little bit better each time. As tough as the game is, the deep mechanics and gameplay will keep you coming back for more.

Survival games like Don’t Starve are popular on iPad because their randomly generated environments allow you to play over and over without feeling repetitive. This game stands as one of the best in the genre because of its charming art style and deep crafting mechanics. You’ll keep telling yourself “just one more run” and suddenly find that six hours have passed and you’re late for work, but that’s part of the fun.

Horror fans have loved Five Nights at Freddy’s and its multiple sequels and spinoffs. The game takes place in an abandoned children’s themed restaurant where the animatronic creatures come to life at night. Playing as a security guard, your task is to keep the animals in their place and, more importantly, survive until the morning. There is surprisingly deep lore associated with the series, but the important thing about it is that it is absolutely terrifying.

This is an older title but it is still an amazing rogue-like game that is brutal in its difficulty yet still fun and rewarding when things go right. Everything, from the merchants and enemies that your ship encounters to the crewmates that you can recruit, is randomly generated, meaning that no two playthroughs are the same. As you make your way to the final boss fight, you can be hopelessly outgunned or overwhelmingly powerful. Either way, the game is a lot of fun.

Minecraft is one of the most popular games in the world, with millions playing it every day, so of course, there is an iPad version for you to pick up. The celebrated sandbox creator game has grown from simple exploration, survival, and crafting to stories and crossover events with the likes of Sonic the Hedgehog. No gaming library is complete without Minecraft in it.

Not everyone has a lot of time to play games, which is why games like Oxenfree are so great. This story of young people navigating past trauma and a supernatural mystery on an uninhabited island can be completed in just over four hours, but to get the full story you’ll have to play through it a few times. Topping out at 12 hours, Oxenfree is the perfect title to play on the go or at home on your iPad.