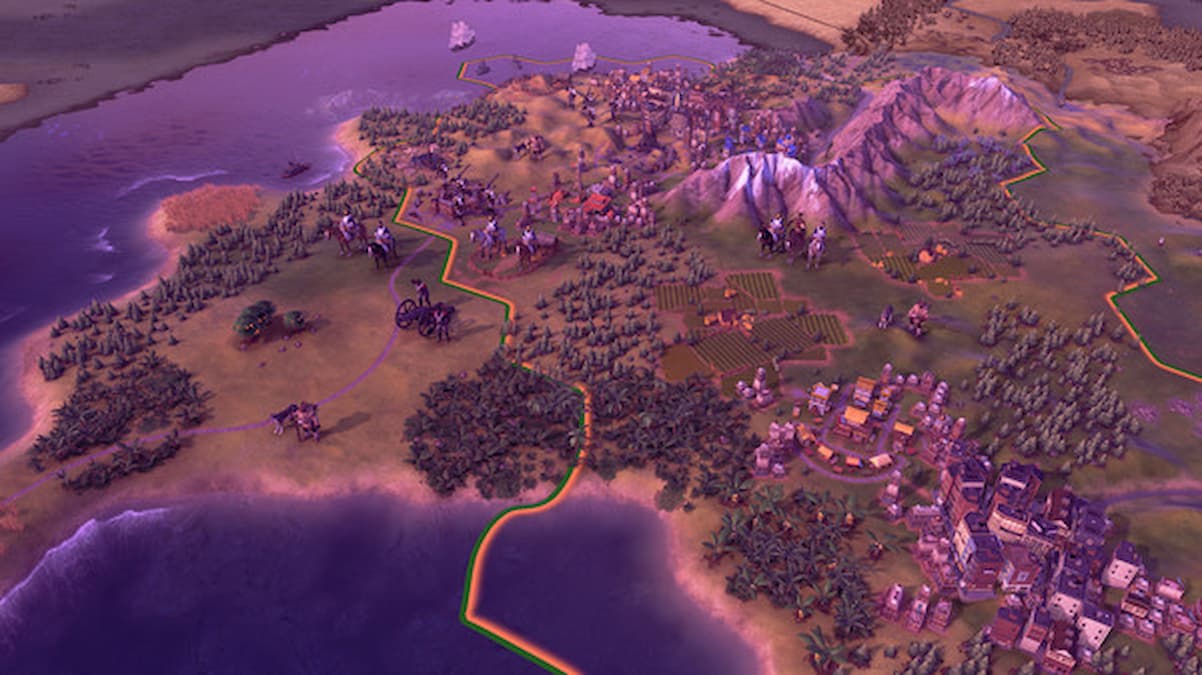 If you’re looking to flex your intellectual muscles, there aren’t many better ways to do so than with a good strategy game. Diving into the pros and cons of each decision before finding the best path toward victory and adjusting your tactics to new actions by your opponent is core to the genre. Thanks to the ever-improving technology on phones, many of the best strategy games can now be taken on the go. If you’re looking for the best strategy games available on mobile devices, here are our top picks.

The best strategy games on mobile phones – our top 10 picks

Thanks to improvements to phone graphics and processing power capabilities, many of the best strategy games for other platforms have been ported to mobile devices. These are often scaled-back versions of the full game but they can still be excellent games in their own right, despite the limitations. Using touchscreens to control the view can be a revelation even for die-hard PC fans.

Banner Saga 2 is one of the prettiest games you’ll play that isn’t necessarily graphic intensive. Guide your Viking warriors through a deep and compelling story, all while engaging in great strategic combat. This game shines when you realize that your choices influence the way the story plays out, meaning you can play through it multiple times and get a different result each time. This is one of the best strategy games you’ll find and it plays just as well on your phone as it does on the PC.

How they managed to get Civilization VI to play on phones is beyond us, but they pulled it off. You can play a turn-limited version of the game for free or purchase the full version, which is the complete base game of Civilization VI. This is easily one of the best strategy games of all time and a perfect addition to your mobile game library if you’re a fan of the genre.

This strategy game for phones puts you in control of a group of marines tasked with defending the planet from an alien invasion. Mixing tower defense and strategy tactics, the game allows players to pick their own path toward victory. Either overwhelm your foes with powerful weapons or slowly wear them down until they don’t pose a threat at all. Each stage requires a slightly different approach so you won’t be able to use the same tactic every time.

This strategy game for mobile devices offers a slightly different objective from most of its peers. Instead of trying to prevent a virus from wiping out humanity, Plague Inc. puts you in the position of the deadly virus. Upgrade your abilities wisely, avoid detection as long as possible, and spread to every corner of the globe where you can – hopefully – wipe out all of humanity in the process. It’s a grim game but it is very fun and surprisingly difficult to pull off a complete victory over the human race.

This is a port of a slightly older PC game but it still holds up brilliantly. The graphics don’t feel as stunning as they did when the game was first released but every other aspect is still just as good as it always was. This is easily one of the best Total War games you can play and it works just as well on your phone as it does on your computer.

This game is a clever mix of tower defense, survival, and strategy, dropping players into a world that has been overrun by vicious zombies. Rescue survivors, build your stronghold, and try to survive through the ongoing onslaught as the undead circle your home. Staying on top of repairs and the wants of the survivors you recruit to your cause is key to keeping everyone alive for as long as possible. You’ll have to plan carefully if you want to outlast the undead hordes.

Set during the Three Kingdoms period of Chinese history, the Qin Empire gives players the chance to forge a new destiny for their chosen faction. It focuses heavily on asset management, forcing you to develop your castle, level up commanders and generals to lead your troops, and engage enemies in surprisingly detailed battles. There is a lot of fun to be had with this title, which borrows very loosely from established history to give a very different and fun take on a fascinating time period.

The Tropico series puts players in the role of a corrupt world leader, balancing their fledgling island nation’s needs with their own desire to steal everything in sight and retire to a new, safer island nation. The series has had great success on the PC and the mobile version gives players all the tongue-in-cheek humor they’d expect while taking it on the go with them. If you’ve ever fancied yourself a dictator, this is a great chance to explore that side of yourself.

If you’re familiar with the Warhammer 40K setting, this is one you’ll really enjoy. It brings the grimdark future to life with great graphics and a solid multiplayer offering in addition to the single-player campaign. It might not give the full experience that the Total War series gave the setting, but it will keep fans entertained for several hours at a time.

When aliens invade your planet, you need to rally your troops and take the fight to them. XCOM 2 is a solid port of the PC strategy game, giving you most of the features you’d expect from the original while still functioning well on mobile devices. Planning your method of attack for each encounter and being ready to change the plan when the enemy does something unexpected is the key to survival in this game. This is a great port of an already fantastic strategy game.