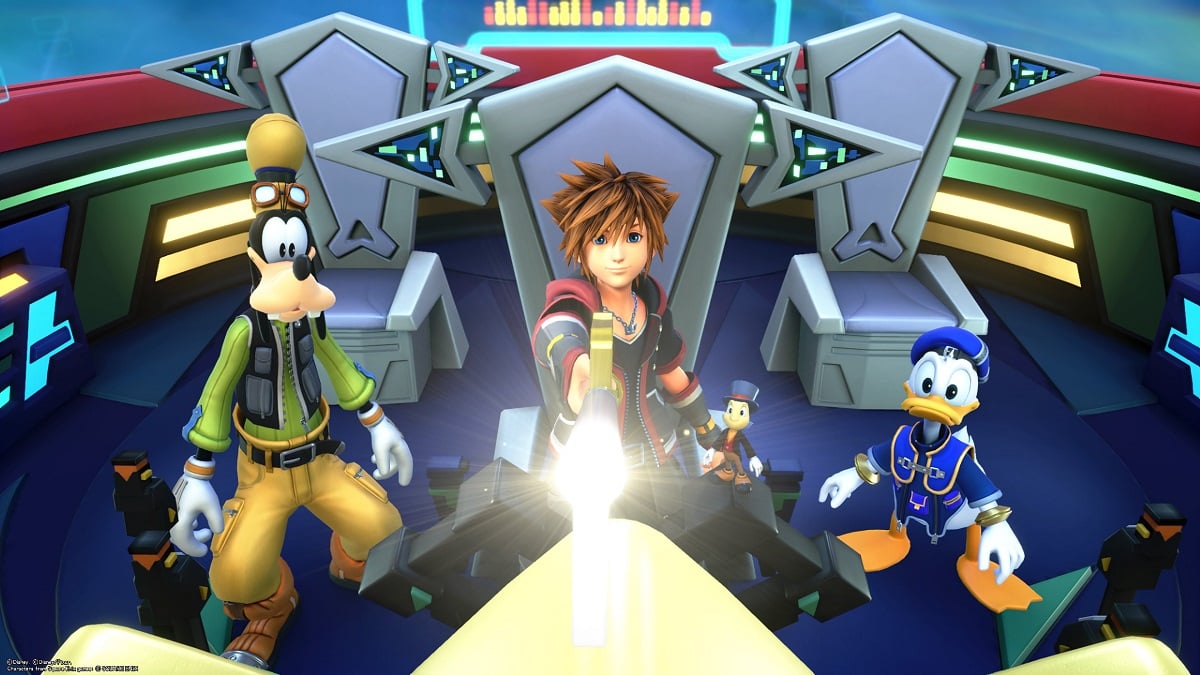 The Kingdom Hearts series is loved by many for its engrossing story and cast of charming original characters. However, it is also known for its magical interpretations of Disney films we know and love from our childhoods to today. Here are 10 of the best Kingdom Hearts worlds, both original and Disney-focused, ranked from worst to best.

Worst of the Best: The Land of Dragons

Mulan was a turning point in Disney’s cinematographic history. It features a strong heroine that isn’t a damsel in distress, and her appearance in Kingdom Hearts 2 is no different. Her fighting style with Mushu has her sending fireballs soaring through the air in an acrobatic fashion alongside Sora, and her sword strikes are long-reaching and powerful. In addition, The Land of Dragons is a beautiful world with environments like the snowy peaks of the mountain and the Imperial Square replicated perfectly. It even replicates the smoke effects from the film in a tremendous way.

The first world we visit outside of Destiny Islands is Traverse Town, a wayward location for many who have lost their homes to the darkness. It is here that we find Leon, Yuffie, Aerith, and other Final Fantasy characters dwell. The imagery of this town is distinctive and truly pulls you into the atmosphere that Square Enix is trying to muster. Finding Merlin’s house is exciting as you figure out the fire-based puzzle and investigating the town gives you a sense of wonder. Key moments and story points are presented to Sora as well in Traverse Town, making this an important world in Kingdom Hearts history. The theme song also welcomes you to the magical series you’re about to play as you begin to level up and gain new items.

Appearing in almost every Kingdom Hearts game is Olympus Coliseum or the world itself where Hercules hails from. It’s where Sora is most challenged as he fights wave upon waves of enemies during the tournament, including some seminal boss fights with Cloud, Yuffie, Leon, and Cerberus. He learns how to become a hero from his Greek friend Hercules and trainer Pete. Hades is also one of the standout antagonists in the Kingdom Hearts series as he has excellent one-liners and acts as a cut and dry counterpoint to Sora’s plucky nature. Climbing up the hills of Olympus in Kingdom Hearts 3 felt epic as you ventured into the vibrant Greek landscape.

If you love a sense of adventure, The Caribbean in Kingdom Hearts 3 provides that. It has the biggest open world in the series yet (Kingdom Hearts IV’s Quadratum might beat it) as you explore the high seas on the Black Pearl. There are many collectibles and ingredients to find as you venture forth through the many lands available in the game. The graphics also look stunning as Sora, Donald, and Goofy take on a more live-action style to look similar to Jack Sparrow and the crew. The storyline of the world felt more like filler than making a deep influence on Sora’s journey, but zipping through Port Royal and other locations in the Pirates of the Caribbean universe is well worth the trip.

The Toybox was fittingly the first Pixar-related world to be revealed for Kingdom Hearts 3 as Toy Story was the first full-length movie from the famed studio. It brings Sora, Donald, and Goofy to scale with the toys in an imaginative world. Andy’s Toyroom is lovingly recreated with every art piece, object, and furniture placement where it should be. After that, finding treasure and defeating the heartless around a regular neighborhood was strange but ultimately, looked stunning with a glorious lighting system. The green grass really pops on screen. Add in exciting story elements, an engaging battle theme, and fun boss battles, and the Toybox is easily one of the best and most faithful Disney worlds in Kingdom Hearts history. It also has some intriguing teases for the future of the series.

After much anticipation in the original Kingdom Hearts, the third act increases the stakes for Sora, Donald, and Goofy in Hollow Bastion. The opening shot of the trio looking up at this grand castle is epic and as our spiky-haired hero finds a way up, the tension feels insurmountable. It’s a beautiful, yet a derelict world that presents great drama for our main hero and the Beast, who is also trying to save the woman he loves. The puzzles also present a welcome challenge to players, and the fight with Riku is intense as he is pulled into the darkness further and further. The haunting world theme by Yoko Shimomura also helps you get drawn into Hollow Bastion’s dire atmosphere.

The Kingdom of Corona

The Kingdom of Corona, despite the unfortunate world name, should be the gold standard for level design in the Kingdom Hearts series. Exploring the woods with Rapunzel and Flynn Rider is an entertaining time as you defeat the heartless alongside them and venture into a beautiful forest. The storyline is interwoven perfectly within the Kingdom Hearts canon as Mother Gothel progressively loses herself to the darkness. Every location is spectacularly detailed like the busy town of Corona and Rapunzel’s Tower. Lastly, the scenes, which feature the lanterns are absolutely bewitching to behold as each of them is painstakingly animated on-screen using Unreal Engine 4. We bet a movie like Encanto or Luca would make for beautiful Disney worlds in Kingdom Hearts IV as well.

Halloween Town is a delight for many Kingdom Hearts and The Nightmare Before Christmas fans alike as it has a completely different take on the original film. The writing between Sora and Jack is charming, and it’s funny to see how Donald and Goofy react to the more horror-themed world. Once again, the developers at Square Enix showed an outstanding amount of detail like the addition of the fountain from the beginning of the film to the unique character designs from Tim Burton’s mind. Even Sora, Donald, and Goofy have their own original designs so they can fit into the world’s order. The ending boss fights with Oogie are exciting too as you’re on a punishing roulette wheel for the first bout. For the second, the monster grows to the size of a skyscraper.

The World That Never Was

On the topic of skyscrapers, Square Enix was able to create a domineering world that is never supposed to exist called The World That Never Was. You might scratch your head on how the magnificent tall structures were even possible on the PS2, but somehow the Japanese developer/publisher made it work. At first, you’ll face a tough challenge against Roxas that pumps up the heart rate from how intense it is.

And then, you’ll enter the castle, facing many unique bosses along the way against the Organization. From Luxord’s unique card-based boss design to the thrilling chase of arrows from Xigbar, it’s exciting to make your way up to the very top. You’ll also team up with Riku for the first time, making your battles epic with his assist moves and powers from the darkness. The final boss fight in this area scales up the stakes as well with some exhilarating animation and combat setups. We can’t forget the looming theme of “Sacred Moon” by Yoko Shimomura maintaining the tension from the storyline into the game itself.

While it’s not the most magnificent or grand, Twilight Town truly feels like a second home for Sora and his friends throughout the Kingdom Hearts series. Kingdom Hearts 2 has a long laid-out introduction with Roxas as the main protagonist, and as he spent his week of summer within the city, we begin to fall in love with the picturesque views of the town. From the nostalgic feel of Roxas and his friends eating a salty-sweet ice cream on the clock tower to the stunning hillside view of the trains moving past on the tracks, there is so much to love about Twilight Town.

It also features an epic battle with Axel during the opening moments of Kingdom Hearts 2, in which both of the former friends are surrounded by flame. Shimomura’s wonderful theme for the world called “Lazy Afternoon Streets” is so calming and welcoming, making Twilight Town an even more charming place to discover. The way Kingdom Hearts 3 makes it a more bustling place with a restaurant and movie theater is offputting as Roxas’ hometown is charming while quiet. Regardless, while playing Kingdom Hearts 2, I wanted to live in a place like this.