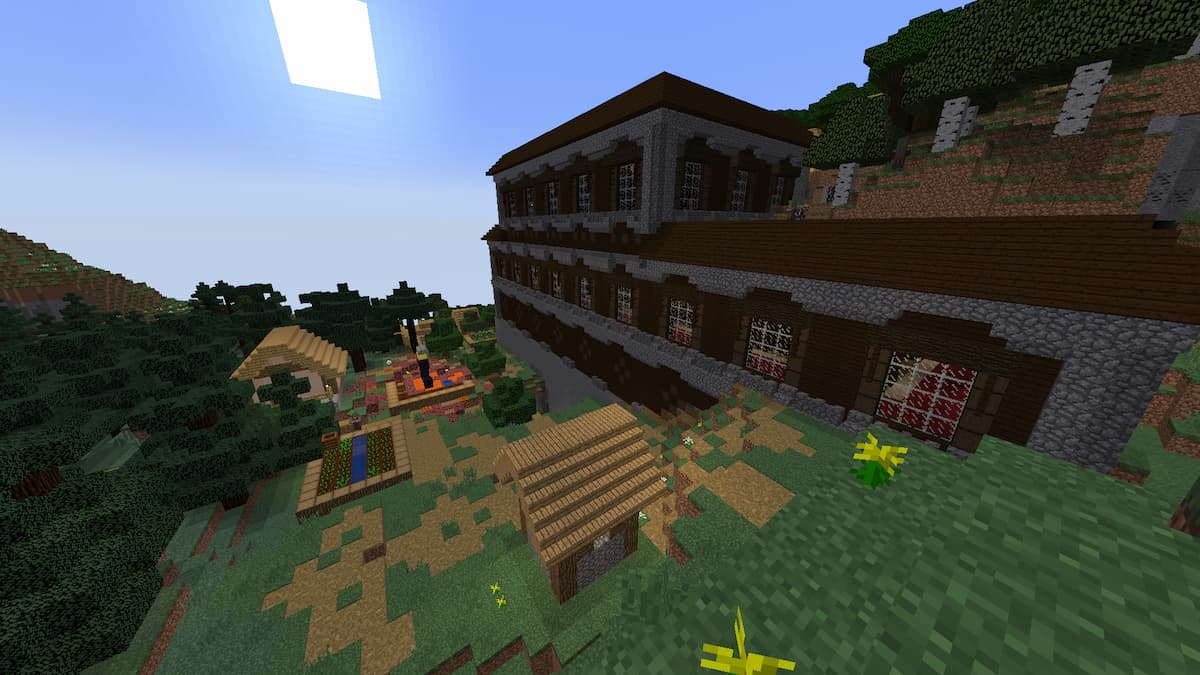 Mobile gaming used to be confined by the limits of the technology, but the hardware has improved to the point where you’d be surprised at what they are capable of. Whether you’re looking for a puzzle platformer or an open-world experience, there is plenty to get stuck into. If you’re looking to explore a new world while on the go, here are our picks for the best open-world games for Android devices.

What are the best open world games for Android?

Regardless of the platform, the key feature of an open world game is the freedom to explore and discover new things. The joy of finding a new area or NPC that you’ve never seen before is what keeps people coming back to these games. These are the bests games that bring this aspect to Android devices.

ARK: Survival Evolved is a great open-world game that allows you to build settlements, forge alliances, and hunt and tame giant dinosaurs. It offers intense PvP combat that can be stressful but rewarding when the battle goes your way. The world is chaotic, with a fine line between life and death at every turn. If you’ve ever wondered what kind of destruction an army of dinosaurs could inflict, this is the game for you.

EVE Online is one of the most successful and complicated MMOs in existence, so the fact that the mobile version captures the feel of it so successfully is nothing short of a miracle. Available for Android devices, EVE Echoes does exactly that. Elements of the original game have been streamlined, but it is still a deep, rewarding game that allows you to build your trade empire in space. EVE Echoes offers everything that made EVE amazing and lets you take it on the go.

Genshin Impact allows you to explore every inch of a vibrant and living fantasy world. This gacha-lite open-world game is available for most devices, including Android. There are regular updates with new content and new characters to keep you busy, so don’t expect to run out of things to do anytime soon. Genshin Impact is beautiful and fun, offering plenty to get stuck into for players who need lots of room to explore.

A great open-world game gives you the freedom to play as you want. Sometimes that means exploring a deep and exciting fantasy world. Sometimes it means being an obnoxious goat and rampaging through a town. The Android version of the game gives all the chaos that you’d expect from the anarchistic title. The best thing about this game is how it rewards you for exploring. Finding new NPCs in strange places and finding ways to ruin their day is the core mechanic. There are enough options to keep you busy for hours at a time.

There are several Grand Theft Auto games on Android, but San Andreas is our pick for the best one to have made the jump to mobile. The story, characters, and soundtrack make it one of the greatest open-world games ever. The city of San Andreas is vast and available at your fingertips via the mobile version. While the graphics have aged since the game’s original release, the rest of the game still holds up against the test of time.

One of the biggest names in gaming, Minecraft has dominated the open world and sandbox genres for years. Now that it is available on Android devices via Minecraft: Pocket Edition, there really is no escape from it. But there is a reason why it is so popular. No other game rewards exploration and creativity quite like Minecraft. It is a world where anything is possible, making it the perfect open-world game to dive into.

Oceanhorn will look and feel very familiar to Zelda fans, taking much of its style from Wind Waker. This open-world game for Android follows the story of a young explorer searching for their missing father. Armed with a boat and a notebook, they must scour the nearby islands to track down clues to their father’s fate. There is plenty of danger on the seas, but Oceanhorn delivers on the open world promise of a new surprise around every corner.

Who didn’t grow up wanting to drive a giant truck through the desert? Or pilot a yacht through the open seas? Whatever your vehicular dreams are, Off The Road can probably help you live them out. There are dozens of different vehicles, ranging from cars and trucks to tractors and boats. Most of the environments are focused on the countryside, making this game a fun bit of respite when compared to the busy streets of GTA.

If the complexity of EVE is off-putting for you, then Second Galaxy might be a suitable open-world game for your Android device. Free from the living economy that makes EVE Online one of the most successful MMOs of all time, this game allows you the simple freedom to travel around a massive universe in your own spaceship. There are numerous planet types to explore and other players to either battle or ally yourself with, but the key aspect of Second Galaxy is the fun of hopping from world to world, seeing what you can find.

Most open-world games seek to mix an element of danger into the exploration, offering the threat of new enemies hiding around the next corner. Sky: Children of Light doesn’t do that. It allows you to fly around the world, exploring the strange theme park the game is based around. Find other players or avoid them; the game allows you to play however you like. It is a serene and relaxing game, perfect for a more chilled-out gaming session.