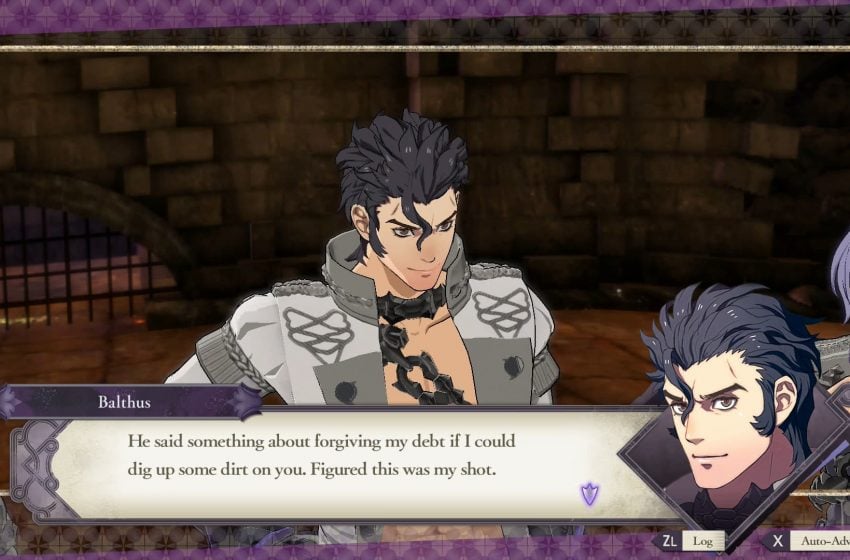 Fire Emblem: Three Houses’ Cindered Shadows DLC opens with A Skirmish in the Abyss, where the character we already know and love meat the Ashen Wolves for the first time. This is quite the battle, and a great way to open the DLC, but it will but your tactical abilities to the test.

A Skirmish in the Abyss Strategy Guide

Your team will be comprised of your main character, Dimitri, Claude, Edelgard, Linhardt, Ashe, and Hilda. You will be taking on a range of different enemies, including the Ashen Wolves, who are made up of Balthus, Hapi, Constance, and Yuri.

The fight takes place in an underground dungeon, so angles can be limited, and it is important to use this to your advantage. You can funnel enemies through tight corridors, allowing your tough front line to absorb the damage.

In the first section, you take on Balthus and his troops. Balthus is a tough enemy, and he hits very hard. It a good idea to tie him up with Claude, as he has a hard time landing any hits on an aerial mounted unit. Edelgard and Hilda can be used to absorb the charge from the right side of the room, while your main character Byleth makes their way to Balthus and helps Claude to put him away. Make sure you keep Ashe and Lindhardt out of any melee combat, as they will be finished easily, but are vital in the later stages of the mission.

Lindhardt’s heals will keep your team alive, and Ashe’s arrows can hit enemies while he is completely safe, allowing him to pick off enemies your other characters have been fighting.

There is only one way to go after this initial fight, so head down the corridor on your right, but keep Ashe back in the main room. Put Dimitri and Claude in front, and have Edelgard and Byleth stay behind them.

Hapi, one of the Ashen Wolves, will summon a Giant Crawler, then retreat to a small locked room. Ashe can hit her from his position in the main room, so have him take her out while Dimitri and Claude deal with the Giant Crawler. Keep Byleth and Edelgard back, because when you move too far down the corridor, you will be ambushed, but Byleth and Edelgard can easily deal with these two attackers.

Use Concoctions, and heals from Lindhardt, to keep everyone’s health at full, because it can get a bit frantic from here. You need to tease out Constance and her fliers carefully, or else you will need to deal with Constance and Yuri together. Use Edelgard, Claude, and Dimitri as a front line to absorb the charge from the fliers, then cut them all down. Constance will charge in, and you need to deal with her as quickly as possible. She can do a powerful attack that can kill any character it hits. Once Constance is down, you want to prioritize the two casters in his group, as they can do huge damage.

Edelgard’s Gambit is a great option here, as the Yuri group should be quite close together, and you can affect them all at the same time. Just focus all your damage on the remaining units, and the battle should be over.