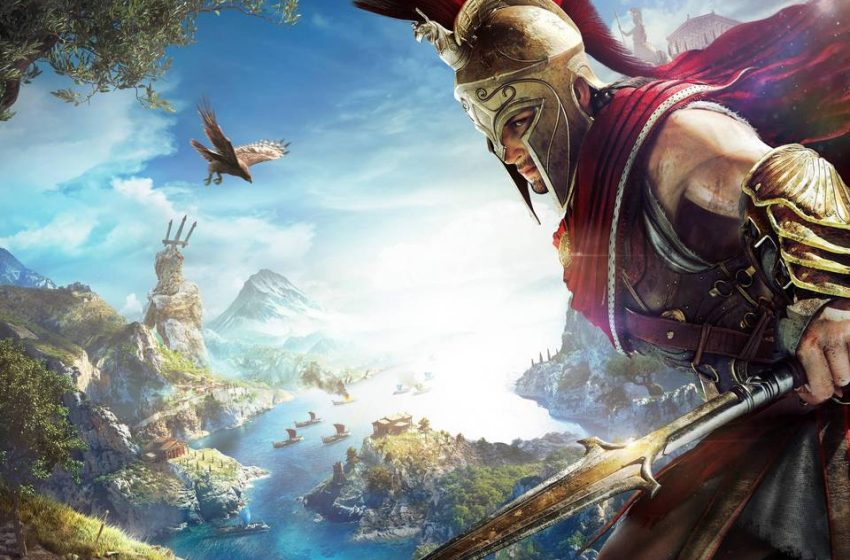 Once you get your target in the previous chapter,A Debt To Pay, you’ll be heading to a new region to take down a military general. In this chapter you’ll be meeting Nikoloas, but before you have to prove your worth by helping the Spartan against the Athenians. You will unlock Conquest Battle where you will perform some objectives to reduce a nation’s power so that Spartan’s can attack. You will also face a Level 11 mercenary Beastmaster in this part of the game.

You will begin with a ship battle, where you will take down some ships and then meet the Spartan leader.

Barnabas will tell you about the lost shipment. You will be retrieving it—follow the screen instructions to control the ship. Once you learn to control it, you will be attacking ships to loot them. Just steer the ships towards the target and then shoot Arrow Volley. After destroying the ship just sail over it to loot.

Find And Recruit The Best Archer on the Pirate Island

Follow the next marker to reach the island. Use eagle vision to scan it. Go towards the island and dock. You’ll find the archer standing on the top of a wooden structure. You can now Recruit people in the world to make them Lieutenants on your shop. You will have to use Knock Out damage and abilities to pacify an enemy before asking them to join your crew. Go to the game menu and under the Ship section look for four blocks on the right. Three of them are locked, click one and then pick the character you just knocked out. You will have to pay to hire the person. You can recruit more men from the island.

A Journey Into War

Steer the boat towards the marker and as you get close you’ll have to destroy the three Athenian blockade ships. Attack them and after destroying them, you have to board the ship and kill the soldiers on it. The fastest way to destroy ships is to charge into them at full speed. After you are done, follow the marker to meet Nikolaos. Talk to him and he will tell you to help him in the war. This will unlock Conquering Nations. You will have to help Stentor to Conquer Megaris. For this, you have to weaken the nation’s power to trigger a Conquest Battle.

Go in the world map, and you will learn about Nation Power. You have to kill Nation Leader who are marked in purple to weaken the power. Nation Leader is guarded when Nation Power is high, you have to weaken his defenses. You can do this by killing the soldiers from the faction in power, burn war supplies and pillage Nation Treasure. Just check the instructions properly because you will be playing a long quest here. With all these, you will also have to keep watch over your bounty meter. You can either pay the Sponsor or kill him to get out of the bounty.

This one is a Level 10 quest where you will be tracking down the leader of the region. You cannot continue the quest if you are low level, you will have to play a few side-missions and earn XP to increase your Level. In the game menu, you can also see Level 8 support quests that you can play first. This will help you to increase your level. Below are the details of the support quests.

So complete the above support quests first in order to play the main quest to take down the leader. You can unlock more of these support quest by talking to people. Just scan the place and interact with people who have a black exclamation sign. After completing each of these support quests, you will also see a purple meter on the right bottom that will show you the current power of the nation.

Once you are done playing all support quests and leveling up, you will unlock this quest. In this, you have to talk to Stentor. The objective is to go for a final battle. Follow Stentor and, as you reach the tent, you will unlock Conquest Battles. You can earn epic gears if you participate. There are two things: Defending and Attacking. You will earn more rewards in attacking as opposied to defending. Pick To Battle to begin your first Conquest Battle.

The next thing you will see is a battle arena. There are two bars on the top, a red one and a blue one. You will have to lock on the captains and kill them. Try to lure them a bit away from others, if you get stuck in the group of captains you can die easily. Avoid targeting more than one at a single time. Once the blue bar drops below 50 percent, you will see an Enemy Hero with dual swords.

His attacks are pretty lethal. He will turn red and roll in the air and attack you. It will not only damage you but kick you a bit away. Try Spartan kick on him. His one attack can almost eat 25 percent of your health. So you have to play defensive. Another problem will be the captains who will also attack from the sides. So to be on the safer side, kill the easy one first and stay a bit away from the mercenary. Your upgraded abilities are going to help you a lot here. The mercenary will pause a while after his attack, you can stun him and then attack. Keep moving around him once you attack, dodge this attacks and then release a few of your combos. Just keep following the path and you will be able to kill him. After killing the hero, you will earn the Hykranos’ Dager. After killing the mercenary kill the left captains to drain out the blue bar.

The Wolf Of Sparta

In the cutscene, you will see an argument where Nikolaos. You will have a choice when you tell Nikolaos about the bounty on this head. The two choices are

At the end of both, the choices Nikolaos will tell you about finding your mother. The Spartan will be against for what you did.

After the cutscene, a mercenary will attack you. You will also face a lion. There will be a Level 11 enemy – Beastmaster. If you want, you can fight or you can just escape him. The only way to kill this guard is to play defensive. At all cost, you will have to stay away from his thrown spear attacks. Just keep a safe distance if you see him turning red. As he is a Level 11, enemy your attack will have low damage on him. If you want to kill him fast, then lure him towards the edge of the mountain and perform a Spartan Kick to knock him down. You can earn Brawler’s armor after looting him.

The chapter is over once you are done talking to Barnabas. You can read our walkthrough of the next chapter Of Visions & Visionaries. For more updates on the game, you can also check our Assassin’s Creed Odyssey Wiki guide.