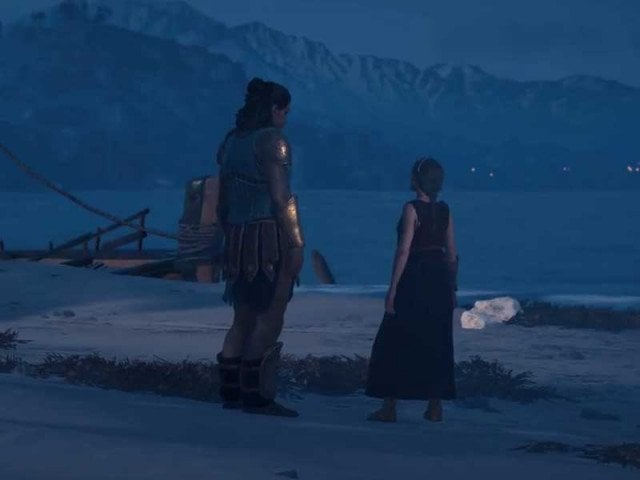 In the previous walkthrough The Cultist King Walkthrough after revealing the identity of the cultist king and facing Deimos in the battle you will learn about another member of the Cult of Kosmos. You will have to find and kill him in the next main quest. In this part of the walkthrough, you can read on three main quest Uprising, Public Opinion and We Will Rise.

In this short quest, you will play a sequence under the objective The Resistance. You can track down this quest once you are out of the prison, you will have to talk to Sokrates. He will take you to a meeting where all are planning to take down Kleon.

This one is a short quest where you will help Aristophanes in locating the actor of his play.

An Actor’s Life for Me

Find Aristophanes, and he will tell you to find his main man who has gone missing. Go to Thespis’s house, and you will have to interrogate a guard. You will have a choice to kill him or make him join your crew. After this talk to the actor, you will have to three choices here. You can either pay or go with a harsh tone. If you pay 600 Drachmae they won’t trouble you and if you pay little then you will have to face them later on. In the end, the guards will walk away and you will have to carry the actor to his home. The actor will ask you to find his muse and as you go out a group of guards will surround you (This happens if you don’t pay much). The same guy who was stopping you from taking the actor. Kill the guards and then continue with the next quest.

The objective marker will lead you to a women Aikaterine, and she will tell you to kill Commander Rhexenor. He is also a cultist so you get a clue annd a identity. He is not far from the area where you found the women. He is a inside a fort, kill him and bring his sword to Aikaterine. Next return to Aristophanes. In the cutscene you will see the play.

Return to Sokrates and once again there will be some discussion. There will be two choices here.

We Will Rise Walkthrough

In this quest you will be helping Brasidas in a conquest battle where you will face Deimos.

As the quest begins you will be talking to Brasidas and there will be two choices popup.

While trying to kill you Kleon will attack Deimos and try to run away. Chase him and attack him with a arrow. After talking to Kleon you will have two choices:

After killing Kleon you will get your next mission Homecoming. In this, you will be uniting with Deimos. You can read our walkthrough on the main question by clicking on Homecoming Walkthrough link. For more similar updates on the game, you can also check our Assassin’s Creed Odyssey Wiki guide.

What operators are coming to Season 4 in Call of Duty Modern Warfare?