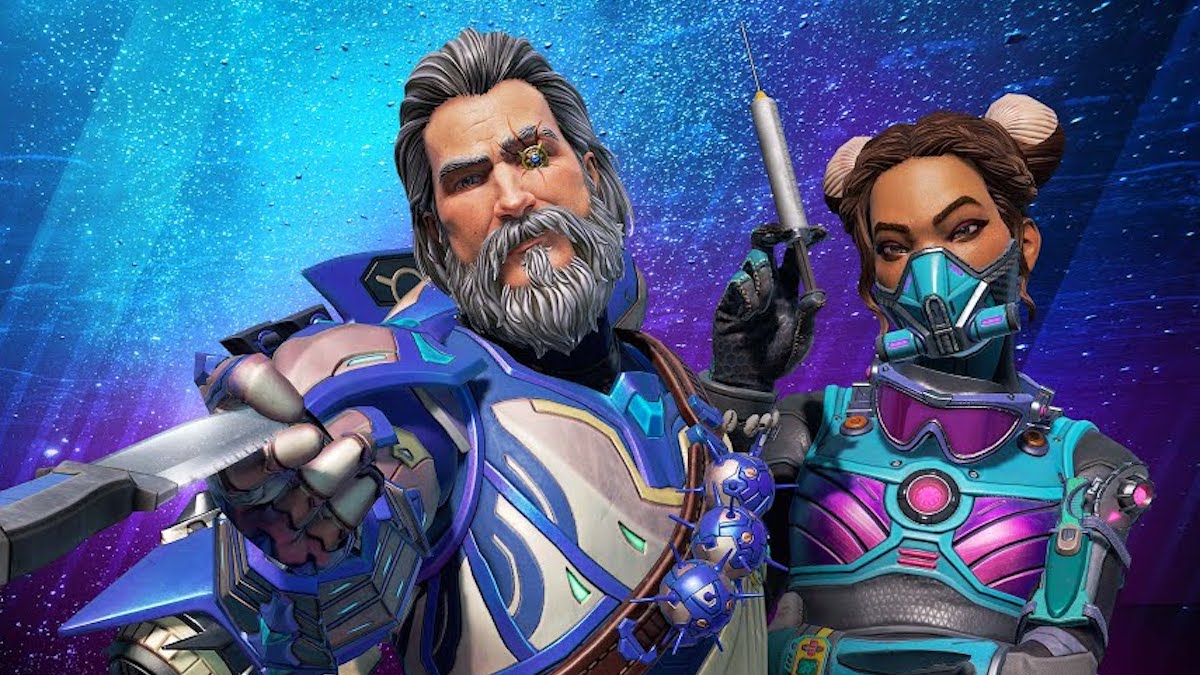 The Dark Depths event in Apex Legends is live, bringing with it a bunch of new cosmetics for you to treat yourself with. Included among the 40 new items exclusive to the event are four legendary weapon skins that pair nicely with the four legendary character skins for Lifeline, Fuse, Horizon, and Ash. Here are all the weapon skins from the Dark Depths event in Apex Legends that you will have a chance to get yourself until February 1.

Barnacle Buster is a legendary skin for the R-301 Carbine that gives it an orange theme that matches Ash’s new Denizen of the Deep skin. There are small barnacles along the sides of the gun.

Inked and Infused is a new Volt legendary skin that decks out the gun with a pretty neon purple and pink that also adorns Horizon’s new Overfloater event skin.

Sea Stalker is new blue legendary skin for the mighty Spitfire. This weapon skin gives the LMG a shark face at the front that pairs nicely with Fuse’s Broseidon skin.

The Siren’s Song is an R-99 legendary skin with neon turquoise and pink accents that you also find on Lifeline’s My Wave skin.