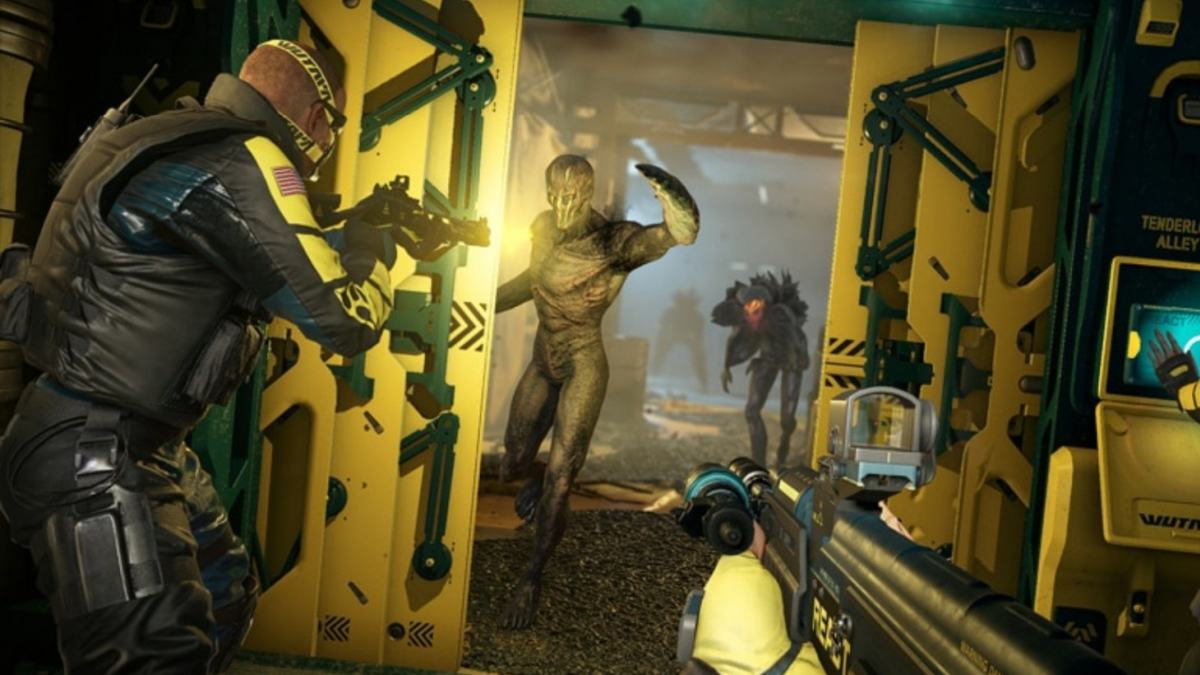 As you can guess from the generic name, the Grunt is the baseline Archaean enemy type. Found across all mission types and difficulty levels, Grunts pose little threat and can be considered fodder enemies; kill them with melee to preserve your ammo. Their ranged counterpart, Spikers are visually very similar in appearance to the Grunts and will often mix in their ranks. Try to approach them through cover to avoid losing health unnecessarily, and kill them with melee. Like all human-sized Archaeans enemies, Grunts and Spikers take increased headshot damage.

Much tougher and more dangerous than the Grunts, Smashers are large armored Archaeans that will charge players and inflict heavy damage. They have a large weak spot on their backs which can be targetted for a quick execution. Use stun effects to keep them in place as you move in for the kill.

A high-tier enemy type, Tormentors can dissolve into the Sprawl and travel through it quickly. They will use this to approach players from unexpected angles, so clearing the Sprawl is advised when tackling the harder missions where Tormentors appear.

The obligatory exploding enemy in Rainbow Six Extraction comes in two flavors. Both carry large sacks of volatile substances on their backs, and both will attempt to rush players and explode. Bloaters are green, and their detonation creates a persistent cloud of poisonous gas that inflicts low damage to players who walk into it. Breachers are red, and their detonation deals damage instantly and can destroy walls — including reinforced barricades. Both Archaean types can be a real pain if they are allowed to detonate near a key objective.

Rooters and Sowers are support Archaeans that can immobilize and disorient players, making them easy prey for other enemies to swarm and take down. Rooters pin down players directly in front of them with their ability; they are not particularly tough, but the front of their heads is armored — flank them to kill them without wasting resources. Conversely, Sowers plant blinding traps around the environment and have a large weak spot in their mouth.

A particularly nasty enemy type in Rainbow Six Extraction, Lurkers can cloak themselves and other nearby Archaeans. This makes Lurkers a priority target whenever you encounter them. Their head is their only weak spot, and it is partially protected by an armored hood.

The Apex is the Archvile of Rainbow Six Extraction: a summoner that can call in more Archaeans from nearby patches of Sprawl. Apexes should be taken out swiftly or they will overwhelm the team with endless hordes of reinforcements.

The de facto bosses of Rainbow Six Extraction, Proteans are powerful Archaeans that mimic REACT Operators. Each Protean has unique abilities based on the Operator they resemble, and they can all tank a ton of damage and wipe teams of uncoordinated players. Proteans are only found in the deepest levels of Rainbow Six Extraction missions, and defeating them is the ultimate challenge of the game.