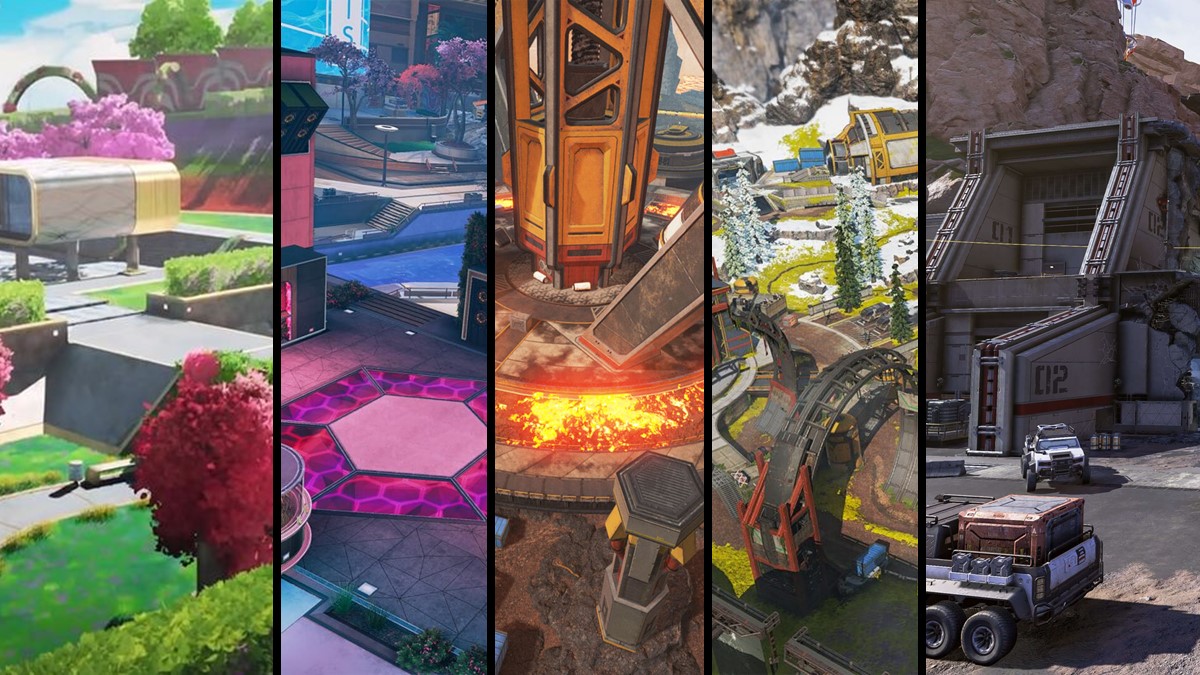 The new Arenas game mode in Apex Legends Season 9: Legacy comes with new maps and a new rotation system. At any given time, there will be three maps in play. In total, there are currently five different maps for Arena. Three are well-loved existing POIs, one from each of the battle royale maps, and two are brand-new originals. The originals will always be in play, while the returning POIs will rotate every two weeks.

Let’s take a look at every map that is available in Season 9 for the new Arenas mode.

Drop by the brand-new Psamathian city of Komma, where the Mirage Voyage has most recently landed or, rather, crashed. But at least it brought some action.

Journey to the outskirts of Talos for the first time, on the grounds of the first working Phase Runner. Though its contents are long forgotten by its creators, the phase runner still works.

Return to Kings Canyon even when the map is in the vault with the Artillery Arenas map. The map is pulled from the Season 8 variant of the POI.

Olympus gets a showcase in the Arenas rotation and one of its most unique POIs, the Golden Gardens. Beware, there is just as much open space as there is cover.

We can’t forget World’s Edge. The final Arenas map is perhaps one of the most iconic POIs in the game (maybe only second to the long-gone Skull Town) Thermal Station.

Note: Even though three of the maps are POIs originally from a bigger map, players will not be able to leave that POI during Arenas.