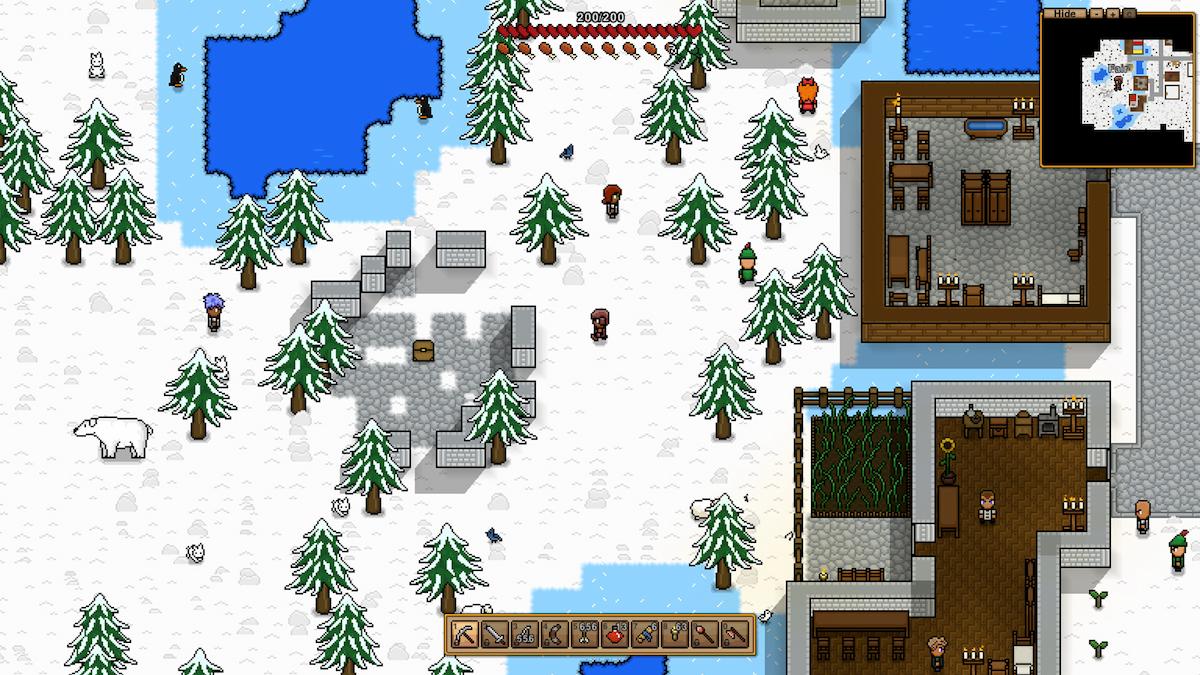 You can explore several types of islands when adventuring in Necesse, each corresponding to a specific biome. There are four types of biomes, with a total of ten island types between them. By default, you spawn on the Forest biome near the Elder’s house, but where you go next will largely depend on the procedural world generation and your choices. You can start exploring new islands as soon as you get to the Wood Boat. This guide lists all of the biomes and their islands in Necesse, with default progression order in mind.

All biomes and island types in Necesse

The Forest biome is the main biome in Necesse, considered to be the default starting point of the game. You can find several specific resources there, including:

During the nights spent in the Forest biome, you can expect attacks from Zombies and Zombie Archers. The Forest biome also boasts the largest number of island types:

The Snow biome is likely the next one you would come across in Necesse. Along with the snow coating everything, you can find the following resources:

During the nights in the Snow biome, you can be attacked by Zombies, Zombie Archers, and Trapper Zombies. There are two island types related to the Snow biome:

The Swamp biome is the third type you will usually find in Necesse. This lush biome will yield these resources:

If you spend the night in the Swamps biome, you will be attacked by Zombies, Zombie Archers, and Swamp Zombies. There is only a single type of island for the Swamp biome:

The Desert biome is likely going to be the last one you encounter in Necesse. This sandy biome is more lively than it lets on, with resources such as: