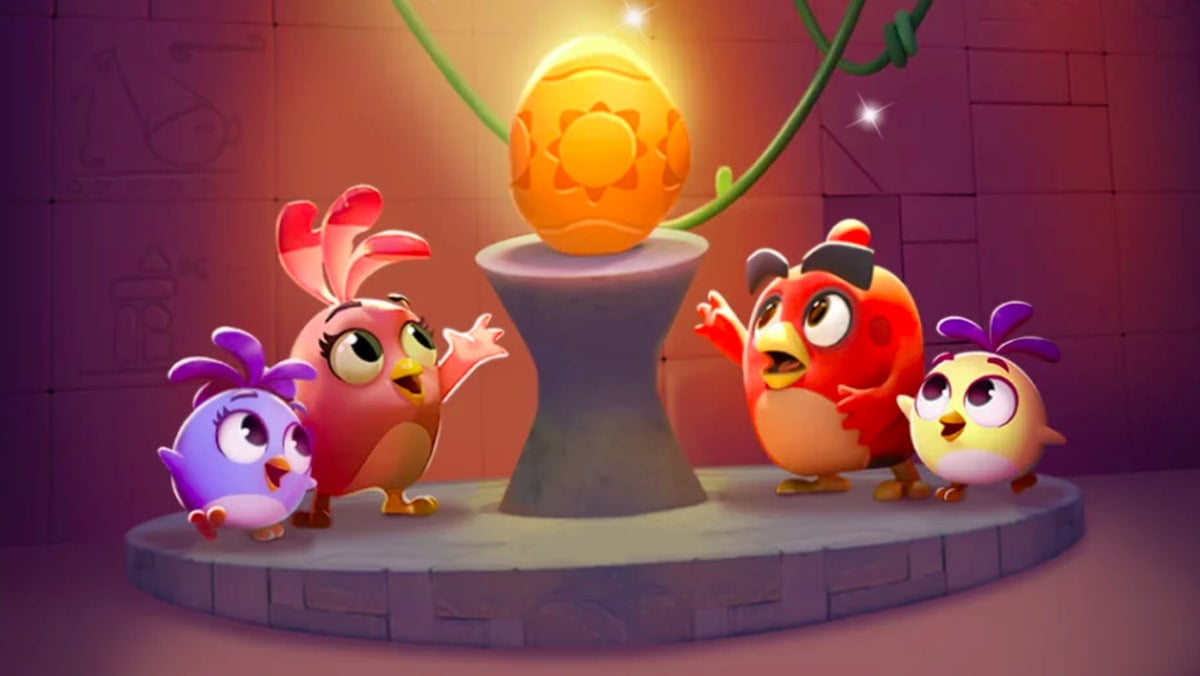 Once players progress into new chapters of Angry Birds Journey, they’ll notice that the difficulty of the puzzle game ramps up at a surprising rate. So, rather than simply slinging any bird at an enemy, it becomes important to know what each bird’s ability does and where they should be shot. In total, Angry Birds Journey offers up to six different birds to utilize, each carrying a diverse and useful skill.

The first bird provided to players via the tutorial is the ever-so-speedy Chuck. Unlike past games in the series, the yellow bird trades in his triangular shape for a more rounded look. Nevertheless, Chuck will always attack by pausing at the targeted location and then horizontally cutting through a multitude of bricks with his quickness. If the Anger Meter is activated with Chuck in the sling, the bird is capable of cutting through an entire stage’s structure.

The largest bird of the group, Bomb, can be unlocked once beating level 4. This round, all-black creature is known for exploding on impact when touching any structure or enemy, a move most damaging against glass and wood materials. When combined with the Anger Meter, Bomb’s explosion radius is increased by more than double its original size.

The tiny Silver — who sports the same color as her name — can be unlocked after level 9. Unlike other birds, Silver is best utilized when arcing her attack from an upward position, as her ability provides a brutal swan dive through multiple bricks. However, the Angry Meter can equip her with a dive that cuts through even the largest of structures from top to bottom.

The smallest of the bunch, Stella, can be used once you’ve beaten level 17. The pink fowl arguably has the weakest ability, as she only creates a small shield around herself to break whatever it touches. She is at her deadliest when given the Anger Meter’s boost, which lends her a massive imploding shield that expands to and destroys several structures at a time.

As the most iconic bird in the franchise, players will be unlocking Red last at level 28. Although Red’s ability utilizes speed to sweep through a variety of bricks like Chuck’s, the maroon bird performs his move multiple times in just a single turn and does so in all directions. Better yet, the Anger Meter’s power will allow Red to do this move up to eight times in a turn.