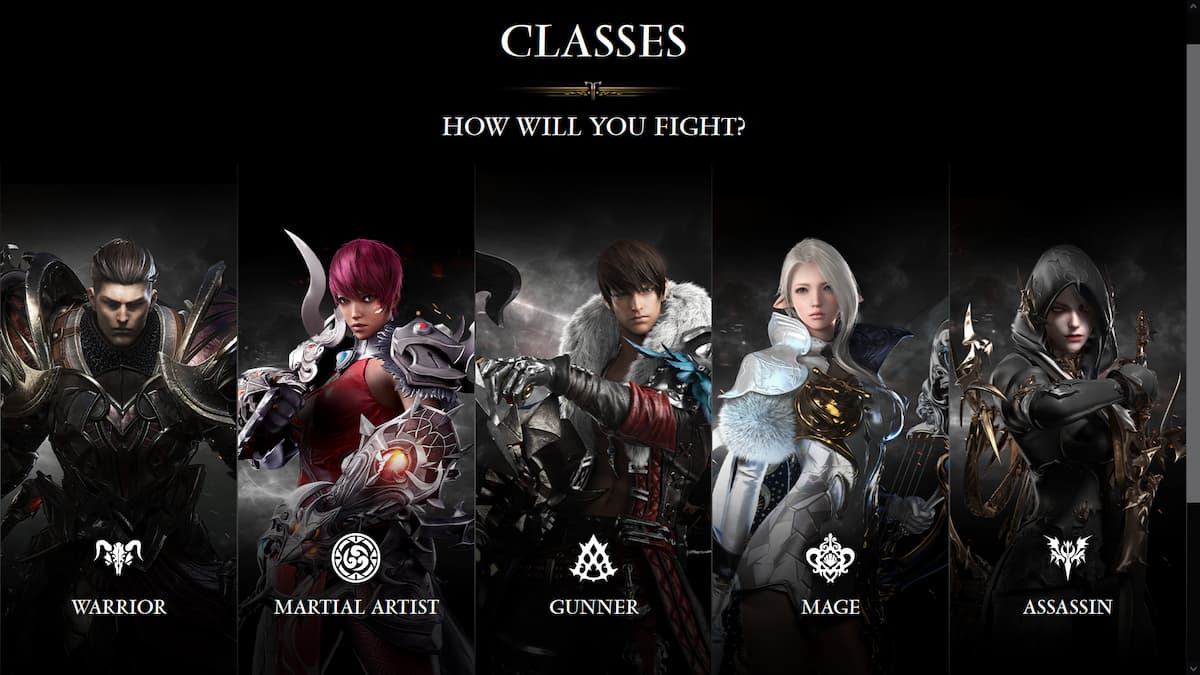 One of Lost Ark’s marquee features is its in-depth class system, which allows players to customize their abilities in three tiers. Players start by choosing from one of the five base classes, then specializing into an advanced class, and then by choosing ability customization within that class. Here’s a rundown of all the classes on offer.

Warriors are the melee-using main tanks of Lost Ark. Though they have some ability to inflict damage using their massive weapons and buffs, their real strength is being able to survive in the frontlines and shrug off blows.

Martial Artists turn their body into a weapon, delivering massive damage at close range with elaborate combos and perfect positioning.

Gunslingers step into the thick of combat, disrupting opponents and dealing massive damage to a single target. Effective Gunners are able to eliminate the most dangerous foes before they get a chance to strike.

Mages use a range of spells and abilities to control the battlefield, making them strategic masters who can bend the world to their will from afar with powerful AOE abilities.

Assassins play a high-octane adrenaline-fueled game of quick strikes at close range, using twin blades to cut down targets. They have the highest damage output of any class in the game, but they are also the most vulnerable themselves.