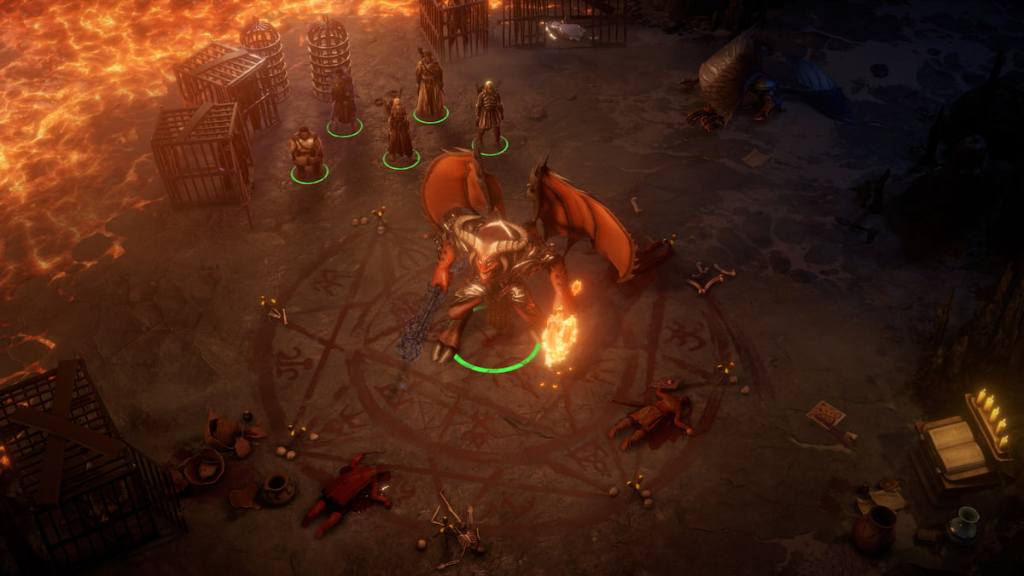 There are 25 classes for you to pick when creating a character in Pathfinder: Wrath of the Righteous. For a tactical RPG title, there are many choices for you to select, and you want to make sure your character suits the role you want to play in the game. This guide breaks down those 25 classes and the subclasses that you have to select. Each class also comes with a recommended starting build, but you do not have to choose them.

All classes in Pathfinder: Wrath of the Righteous

The Alchemist is a ranged character that relies on crafting their own potions, extracts, elixirs, and explosives, preferring to battle from a distance. You can heal, toss explosive grenades, focus on metamorphing, and brew potions to use in battle.

Arcanists are a form of spellcasters, and they primarily focus on augmenting their powers and amplifying them in combat. You can choose to become an Unlettered Arcanist and be familiar with you or focus on healing party members.

A Barbarian is a rage-filled party member who is always ready to fight. They can focus on being the tank for a party or delve deeper into their attack power, becoming a wild machine of power and strength. If you like playing a Berserker, this is the class for you.

The Bard will keep their distance away from the action, attempting to use support spells to assist party members during combat and empower them with buffs. They can also be useful in disarming traps and perform lore and knowledge checks—definitely a support class and skill-based character.

Bloodragers are similar to Barbarians, but they have access to simple spells that they can use to empower themselves, increasing their combat capabilities and boosting themselves in combat.

The Cavalier is a fighter who also comes with an animal companion, something they can ride into battle to give them an advantage when fighting the enemy. They are capable melee fighters that prefer to be on the frontline of their party.

A Cleric is a tactical spellcaster designed to heal and buff all party members. They’re also extremely effective and smiting enemies or applying debuffs to make it easier for party members to battle against.

A Druid will be in the backline, providing animal and nature support to their party members. They can summon animal companions to assist during a battle or even control enemies to soften them up for a crippling blow.

The Fighter is the all-around combatant who is extremely effective at battling. They’re versatile, capable of players molding them into a ranged or melee fighter. They can also focus on tanking or damage. Unfortunately, they cannot learn magic.

A Hunter has access to an animal companion that they use during a battle. In addition, they’ll be able to become melee or ranged fighters, with access to a small number of divine spells to assist them during combat.

An Inquisitor has access to various divine spells that they’ll use during combat, becoming devastating melee or ranged combats. They can also choose to be frontline fighters who provide buffs to teammates.

A Kineticist is the most difficult class for any player to choose in Pathfinder: Wrath of the Righteous. In this class, you will be using the elements to your advantage in combat, creating powerful blasts from afar to devastate opponents.

For those who enjoy micromanagement, take a look at the Magus. You’ll be going into a battle with a spell in one hand and a melee weapon in the other, fighting right in the middle of the enemy onslaught, and you can expect to find yourself being overwhelmed often if you don’t have a plan of how to counter your foes.

The Monk is an open-hand melee combatant who is extremely agile and uses their Ki to augment their abilities. However, they are also forced to use a lawful alignment, which means they need to determine what character they want to play before jumping into the game.

The Oracle is a powerful spellcaster who can heal, buff, and disable enemies during combat. While they can cast more spells more than other spellcasters during a battle, they can only learn new ones by advancing in level.

The Paladin is the frontline fighter who can buff and empower allies, heal them, and are extremely effective at disabling ‘evil’ based enemies. A Paladin must be lawful good, so if you plan to play anything else other than this type of character, you may want to play something else.

The Ranger class is capable of mastering any type of weapon you want them to use and can focus on specializing against a certain type of foe. They’re also extremely effective at dual-wielding weapons amongst the other classes.

A Rogue will strike from the shadows and deal the most damage before they’re ever seen. If you prefer to perform skill checks, rely on your sneaky talents, and not be in the front of combat, this is a solid and easy class to master.

Shamans have access to the best and strongest divine spells in Pathfinder. They’re extremely flexible, so you’ll be able to use them how you prefer to play your character. You can choose to heal allies, disable foes, buff your teammates, or destroy your foes with powerful spells.

Skalds are fighters that will also provide buffs to allies during combat. Like bards, they also perform songs that set them into a rage, empowering them and their attacks.

A Slayer is a melee or ranged fighter that primarily deals damage. They have feeble defenses and have access to no spells, but they’re extremely effective at decimating their enemies.

Sorcerers are arcane spellcasters that can cast a variety of spells before needing a rest. While they are less flexible than other classes, their attacks are very effective against enemies, and they deal with quite a bit of damage.

A Warpriest can be flexible in being used for frontline defense combat or using more offensive spells and weapons. They’re effective at damaging enemies or being a frontline fighter who focuses on healing allies.

A Witch is a powerful spellcaster who can control enemies or disable them during battle, primarily relying on curses and hexes. They can also be altered to heal allies, but better classes are more effective at doing that.

A Wizard is a tough class to play, but they have access to high-level arcane spells. They’re extremely flexible, but that flexibility is also a weakness, limiting the number of spells they can use per day.