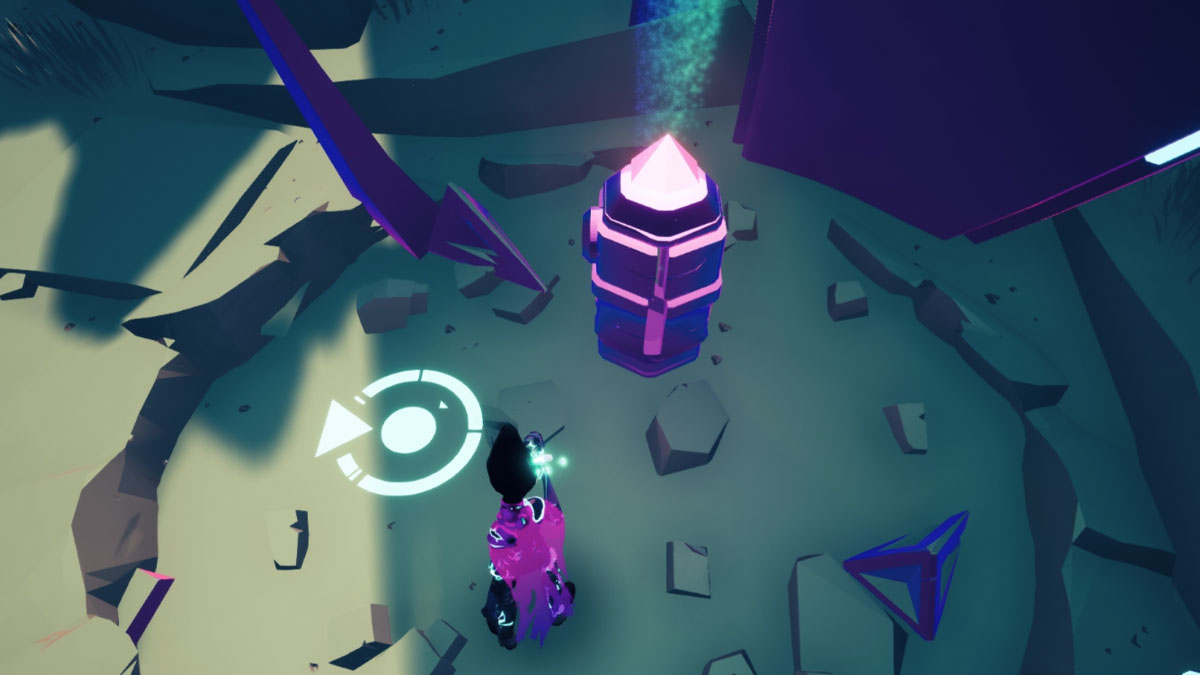 Rei isn’t the only explorer to come to the alien planet of Solar Ash. Other Voidrunners were tasked with venturing into the game’s main areas, and they left behind Voidrunner caches, which are the game’s main collectible. Finding each one not only unlocks an audio log (something like an airplane’s black box) but also a new suit part. Each completed set rewards you with a new suit, and each one offers unique perks. Here’s how to find the cache in the game’s first main area, the Crater.

Yes, that’s “cache,” singular. While other areas have multiple Voidrunner caches to collect to assemble a new suit, the Crater eases you into the collect-a-thon with just a single one. Approaching from the area entrance, you’ll find it behind Cyd and the Starseed, up on a ledge — look for the glowing beacon pointing toward the sky.

Open the cache to collect Rei’s Suit (she starts with one called Rei’s Broken Suit). Aside from some implications about Solar Ash’s story, this suit will reduce the cooldown of your Timeslip ability. This is handy at the start of the game, as you may need to slow down time more often to jump precisely or dodge enemy attacks more easily. Furthermore, it’s helpful for clearing anomalies, as Rei’s grappling hook has an extended reach when Timeslip is active.