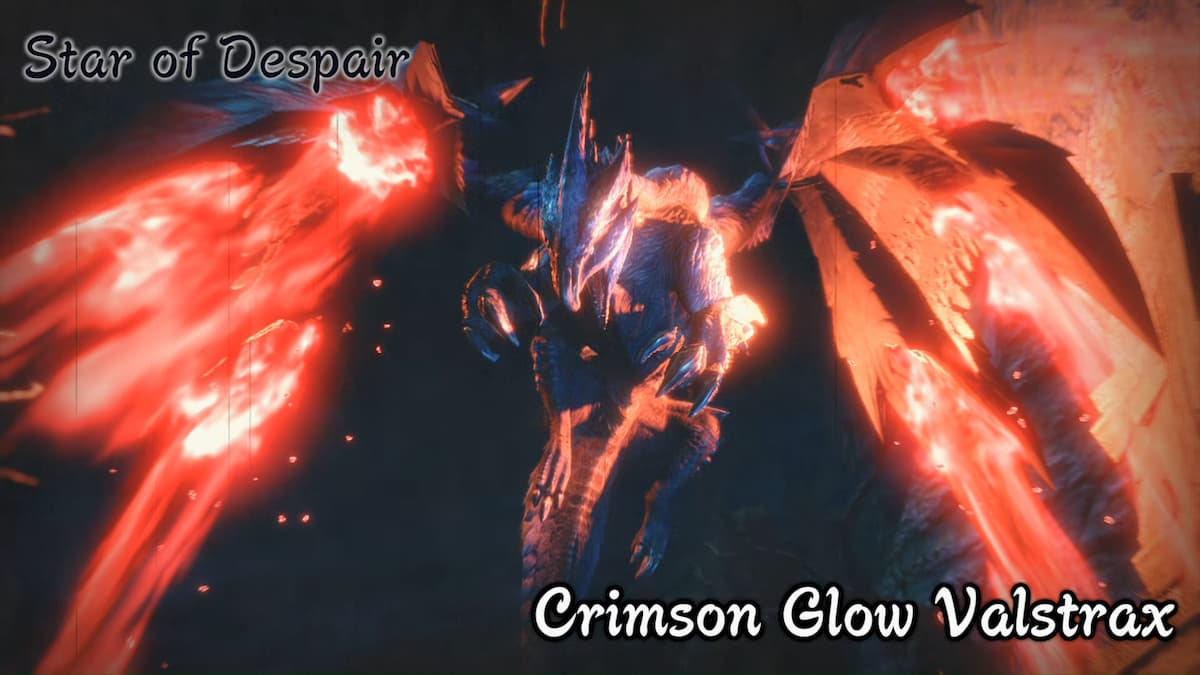 A new variant for Valstrax will be appearing in Monster Hunter Rise. It’s an elder dragon playfully called a jet fighter, capable of flying up to extremely high heights, and then crashing down against enemies, dealing massive amounts of damage. It can be a difficult fight to win, and there are a few strategies to bringing it down.

How to beat Crimson Glow Valstrax in Monster Hunter Rise

Valstax is an extremely quick and agile elder dragon, capable of heating up its wings to cause massive explosions, dealing plenty of damage to anyone near it. There are distinct signals and signs of when Valstrax is about to strike, giving you a few seconds to prepare and evade these attacks. However, when Valstrax is charging up its attack, you can use this opportunity to rush it and prevent it from unleashing these strikes, and instead exploding it inside itself, preventing the attack.

It has several similar attacks to Zinogre, thrashing forward with its paws, attempting to smash you down with his forearms. It will swipe twice before pulling away, and attempting an even larger leap at you. After damaging it enough, Valstrax will heat up its wings and fling itself into the air, appearing at a nearby location, away from you, forcing you to run over to find it again. Sometimes, instead of flying away from you, it’ll try to land on top of you, exploding on impact.

When its wings begin to heat up and flare, it may use these to strike at your position. These can explode, causing even more damage than the usual wing strikes against you. You’re better off dodging or rolling out of the way from these strikes, giving you a small opening to reengage Valstrax.

Of the three damage types, you primarily ant to use slice or blunt weapons against it. You want to aim for its head, neck, or the wingarms. If you’re using a slicing weapon, the tail is a good target, and when you’re using a blunt weapon, the wings are a good target. You primarily want to focus on attempting to breaking Valstrax’s wings to prevent it from using its stronger attacks, or cutting off its tail.

Of the element types, Valstrax is weak to everything equally, except dragonblight. You’re better off avoiding that element, and using any of the other choices.

These are all of the materials that Valstrax can drop.