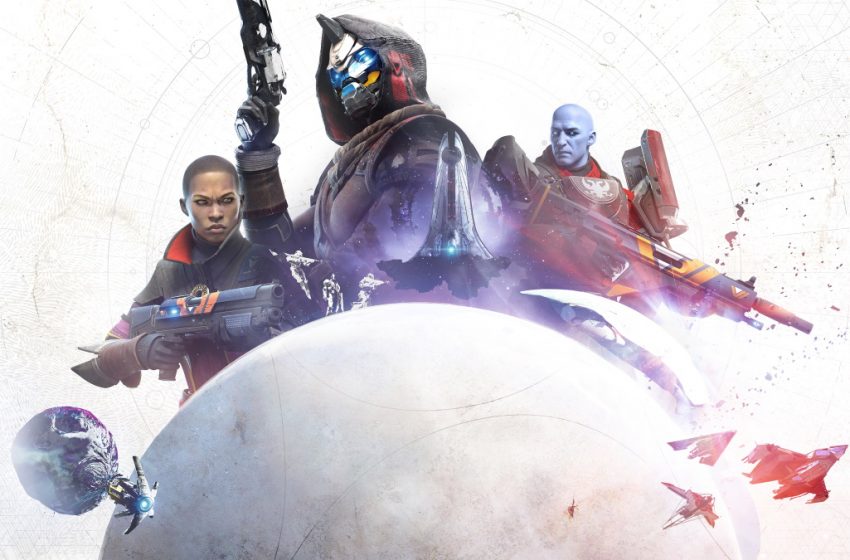 Destiny 2 was initially released in 2017. Since then, developers Bungie has released several new DLC and expansions to provide new ways for players to grind new loot and explore new challenges. Before Bungie left Activision, Destiny 2 had a series of DLC packages they released at different rates. They have since expanded to a season pass approach with varying content updates every few months with new challenges, events, and things to do.

The Curse of Osiris DLC pack was released in late 2017, shortly after Destiny 2’s release, and it focused on the legendary Guardian Osiris. They were exiled from the Last City due to his obsession with the Vex and retreated to the Infinite Forest to fight them, attempting to protect the solar system from the growing threat of the Vex, who continue to try and infest it. This expansion introduced Osiris as a character and allowed players to visit Mercury while raising the level cap to 25, with the power level cap increasing to 330.

The Warmind DLC pack came out in the middle of 2018 and refocused on the Warmind Rasputin, where players return to Mars. The DLC pack introduced Escalation Protocols that had players fighting waves of enemies by activating different nodes on the planet. At the end of the mode, a giant boss the fireteam had to take down, leading to decent loot for everyone to grab. The level cap increased to 30, and the overall power level cap increased to 380.

The Forsaken DLC pack was the introduction of Destiny 2 year 2 in September 2018. Bungie did a significant overhaul to the game’s structure to shake things in terms of new gameplay. The story of the DLC focused on players avenging the death of Cayde-6, one of the three primary Guardians associated with the different classes in the game. In addition, a new game mode called Gambit came to the game where it had to gather up nodes dropped by enemy NPCs while competing against an enemy team who was completing the same goals. Additionally, the level cap jumped to 50, and the overall power level increased to 600.

Season of the Forge

Season of the Forge was the first content piece arriving in Destiny 2 for the game’s Annual Pass, releasing Forsaken in December 2018. The Annual Pass came with three different seasons of content, each with a unique theme and a new focus. In Season of the Forge, players gained access to the Black Armory, where they had to speak to the head of the armory, Ada-1, who gave players side quests to complete. The quests gave them access to new weapons with unique pieces of lore attached to them. Additionally, the power level increased to 650.

Season of the Drifter

Following Season of the Force came the Season of the Drifter, the one running the new Gambit PvEvP game mode. Gambit received an advanced mode called Gambit Prime, where the best of the best Gambit players competed for additional loot. In addition, there was a brand new Gambit-specific armor set that enhanced the abilities of players who performed specific tasks during the game. Beyond the additional PvP mode, a handful of lore-focused goals involved Xur, The Nine and their Emissary, the Drifter’s connection to the other Guardians, and the Last City. Additionally, the power level increased to 700.

After Season of the Drifter wrapped up the final content piece of the Annual Pass released called Season of Opulence. The NPC running it was the Cabal emperor, Calus, who players first encountered during the Leviathan raid during Destiny 2‘s original release. However, instead of taking him on, you work with him to gain the Chalice of Opulence, which players upgraded throughout the season by doing weekly bounties and treasure quests. In addition, a new PvE horde mode came out called the Menagerie, where players returned to the site of the Leviathan raid to engage in a horde mode, fighting new, more powerful enemies for brand new gear, along with a new raid called Crown of Sorrow. The season also increased the power level to 750.

When Shadowkeep was released in early October 2019, Bungie had separated from Activision and had begun to produce and develop content for Destiny 2 from their team. Shadowkeep brought players back to Earth’s moon, where they had to engage the Nightmare-based enemies, with the main NPC for the event being Eris Morn, a character from the first game. Shadowkeep came with plenty of new features, such as new PvE strike missions, finishers, new gear, PvP maps, a new raid called Garden of Salvation, reintroducing artifacts, and much more. Shadowkeep was similar in scale to the Forsaken update with all of the gameplay changes and new features. With Bungie leaving Activision, they had to go to Steam for the PC port, and Bungie introduced New Light, allowing new players to try the game for free and play up through a good majority of the game.

A new series of seasons followed Shadowkeep, much like they had released with the Forsaken DLC. The first one, Season of the Undying, was released at the same time Shadowkeep had.

Season of the Undying

The Season of the Undying came out alongside Shadowkeep and introduced the Black Garden. It was a weekly event where the Vex were attacking the moon’s surface, invading the location where players had to defend against them at random locations all over the map. Players had to venture to the Black Garden, where the Vex were gathering to prevent the Vex offensives from continuing where they fought against two waves of enemies and then take on the big boss at the end to receive weekly loot. The power cap had increased to 960.

The Season of the Undying was also the first of the expansions to introduce a battle pass. Players had to level it up to earn additional items. A free version and a paid version cost 900 Silver, equalling out to $10.00.

Following Season of the Undying came Season of the Dawn, where Osiris had returned from the infinite forest because the Vex was attempting to use the Sundial to turn back time to change the events of the Red War. Players had to venture into the infinite forest to assist Osiris and put a stop to the Vex. At the same time, players had the opportunity to help and rescue a legendary Guardian known as Saint-14. Saint-14 had perished in the Infinite Forest searching for Osiris years ago. Because the Sundial allows players to revisit previous events, they save him to bring him back to the present. The event’s main focus revolves around Osiris’ Sundial and the many Obelisks hidden throughout the solar system connecting to it. They offer unique Timelost weapons players can continually acquire for random traits that further enhance them.

As the Season of the Undying, Season of Dawn featured a battle pass players could level up by completing various tasks and bounties in the game. There was a free version and a premium one, which cost 900 silver, equating to $10.00.

Season of the Worthy

After Season of the Dawn, it’s the Season of the Worthy. It sees the return of the Trials of Osiris, which were a popular player-versus-player game mode in the original Destiny 2. It consisted of two teams of three players fighting it out for five to nine rounds, rewarding players with exclusive weapons and gear with a chance to receive them from the Lighthouse. Trials of Osiris started on Friday and continued throughout the weekend, going away when the game reset on Tuesday. After winning flawlessly over the period, the armor players receive from the Lighthouse comes with unique animations to signify their hard-won weekend.

Season of the Arrivals

The summer season in Destiny 2 is Season of the Arrivals released on June 9 with a brand new dungeon called Prophecy. The new dungeon features the Nine, but the developers have remained exceptionally quiet about how it all ties into everything. It features a brand new set of armor, classic armor, high power level to reach, and it’s free for everyone to play. The season serves as a prelude for the next set up of Destiny 2 content and will give players an idea of what they can expect moving forward.

This expansion was released during Destiny 2’s fourth year. It was supposed to arrive on September 22, but it was delayed due to complications regarding COVID-19, and many of the developers had to work from home. It finally arrived on November 10, and players were given access to a brand new element that they could use on their chosen character, giving Guardians the chance to harness the Darkness.

Season of the Hunt

The Season of the Hunt kicked off in late 2020, alongside the Beyond Light expansion. The hunt focused on how entire planets have vanished from the solar system, and the Hive God Xivu Arath is moving to seize power. The season introduced a new guardian known as Crow, who is the reincarnation of Prince Uldren, the one who killed Cayde-6 in the Forsaken expansion. The Crow did not have a huge role to play during this season but was hinted to have more involvement in future ones. The Season of the Hunte introduced Wrathborh Hunts and the Cryptolith Lure.

Season of the Chosen

The Season of the Chosen arrived in early 2021. Empress Caialtl, a new leader for the Cabal, has risen up and offers a hand of partnership to Zavala to work together on disabling Xivu Arath and the pyramid thread. However, Zavala refuses the offer, bringing another war with the Cabal to the Guardians. The Battlegrounds were introduced in Season of the Chosen, a three-player activity where fireteams worked together to attack fortified Cabal bases to take out the specific commander, and it saw the return of Umbral Engrams.

Season of the Splicer

The Season of the Splicer was the second one for 2021. In it, The Vex have arrived in the Last City and it’s up to a small group of Eliksni to help drag them out, led by Mithrax, a Sacred Splicer. The season also saw the return of Ada-1 to the tower, offering various weapons to players, and three random armor sets. A new activity, Override, a six-player activity that focused on the Vex, was introduced. The second activity added to the season was Expunge, which was a weekly activity. The original Destiny raid, Value of Glass, returned to Destiny 2.

Season of the Lost

The Season of the Lost is the third season for 2021. In it, it’s been revealed that Osiris is really Savathûn, the antagonist for the upcoming Witch Queen expansion set to release on February 22, 2022. This is an ongoing season.

The expansion releasing after Beyond Light is called Witch Queen. It will arrive on February 22, 2022. We also know that Savathûn’s upcoming hordes will have access to Ghost, and the Light.

The expansion releasing after Witch Queen is called Light Fall. It will arrive sometime in 2022. However, we have extremely few details about it at this time.

We’ll be updating this page with more DLC and expansions coming to Destiny 2.