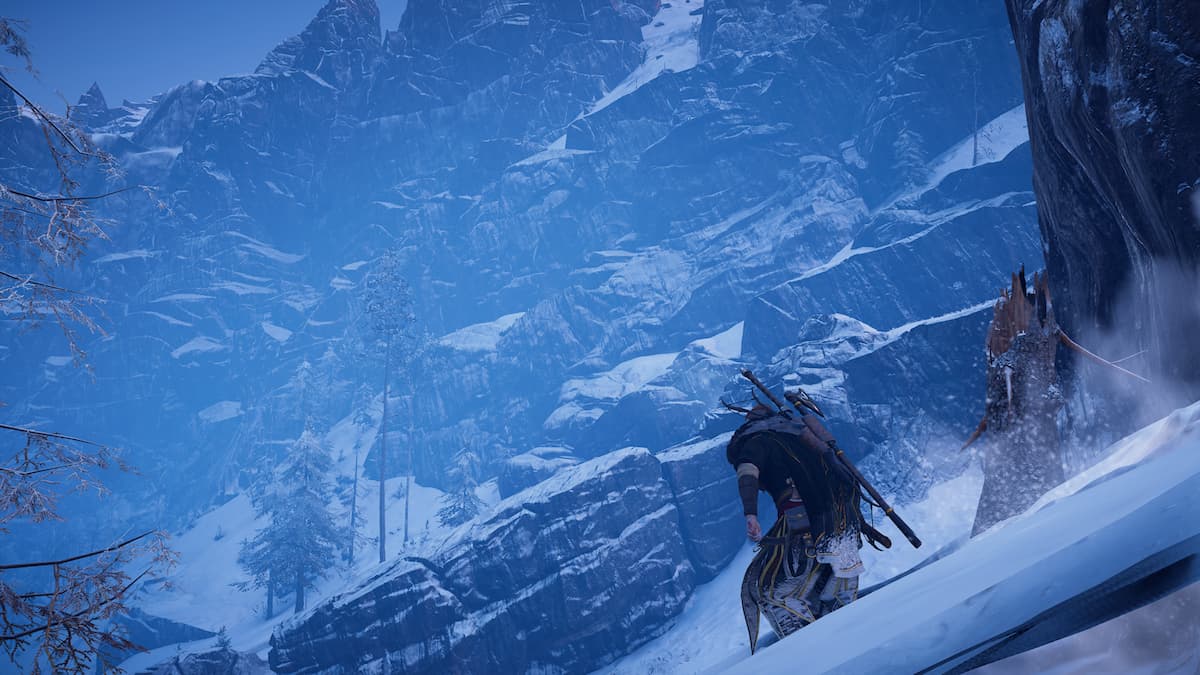 There are six Drengr you can battle against in Assassin’s Creed Valhalla. These opponents are fierce warriors, and you can expect that you need to watch your step against them. You don’t want to go after them when you first start the game. Each of these fights are available in the world, but they’re not required, and they have different power levels attached to them. You’ll want to make your way to them when you’re ready.

Erik is the first Drengr you can battle against in Valhalla. You may come across him without even thinking about it because he’s in the starting area of Rygjafylke. You can find him nestled in the mountains inside a cave at Hildesvini’s Crag. He’s the most standard of battles of the Drengr and is a good test for any player interested in seeing how they fare in Valhalla after making their way through the game’s tutorial portion.

Orig is another Drengr you can find in Norway, similar to Erik. However, Orig is the toughest Drengr of them all. We highly recommend you only battle him if you’ve reached the end of the game and have achieved the highest power level available. You’ll want to use nearly every trick in the book to break through his impenetrable shields. He wields a pair of them during the fight.

Some players have recommended attempting to push him off the nearby ledge the two of you are fighting on. Those who do this have found it a much easier battle.

Thor is a Drengr who has gone to the life of a fisherman. As a fisherman, his weapon of choice is a pair of fishing spears, giving him great reach during the fight. You’ll want to keep your distance from him and parry or dodge any of his dodges. Because of these large attacks, he leaves a lot of openings. If you dodge at the right moment, you can drive straight into him and hit him several times before he can parry your attacks. You want to be around level 120 to battle him.

Nokkfylla is a little bit hidden away. You can find them at the highest point in Eurvicscire. They’re going to be pretty far off, so make sure you bring a mount with you when you initially visit this area. Thankfully, he’s right next to a fast travel point. Nokkfylla is slightly crazy, and without Ragnar, he’s left unchecked. He demands to be put down to ensure he does not cause more harm, and you’ll have to do that for him. He carries a large ax with him, and while he wields it with one hand, it’s probably a two-handed weapon. He’s quick with it, rolling around and dash from side to side. You want to be at least power level 260 to take him down.

Gotafrid is the most well-kept of the Drengr, and as such, you can find him in a forgotten Roman bathhouse to the southeast of Jorvik, in the Eurvicscire region, the same region as Nokkfylla. Gotafrid will be practicing and waiting for you at his training grounds. During the battle, Gotafrid swaps between using his large ax and his shield to just his ax, throwing spears and swords at you from each corner of the Roman bathhouse. If you see him making his way to any of his weapons racks, you can expect to see a weapon being thrown at you pretty soon. You can grab arrows from all sides of the area if you need to refresh your reserves. You want to be at least power level 300 to battle him.

The final Dregnr in England is Skegjold. You can find her in the eastern portion of Snotinghamscire. Skegjold is an interesting battle. She is a Drengr only willing to fight against you if you willingly enter a frenzy with her, and you can do this by taking a drink from a special jug nearby. When you consume the beverage, you’ll receive the same slightly blurred colorings as if you were hallucinating with Eivor and have to battle Skegjold while in this state. She has a pair of axes and will attempt to rush you quite a bit. You’ll have to gain some distance against her to hit any of her weak points with your body, but if you have a heavy weapon or a pair of them, you should make short work of her. You want to be around power level 320 to defeat her.