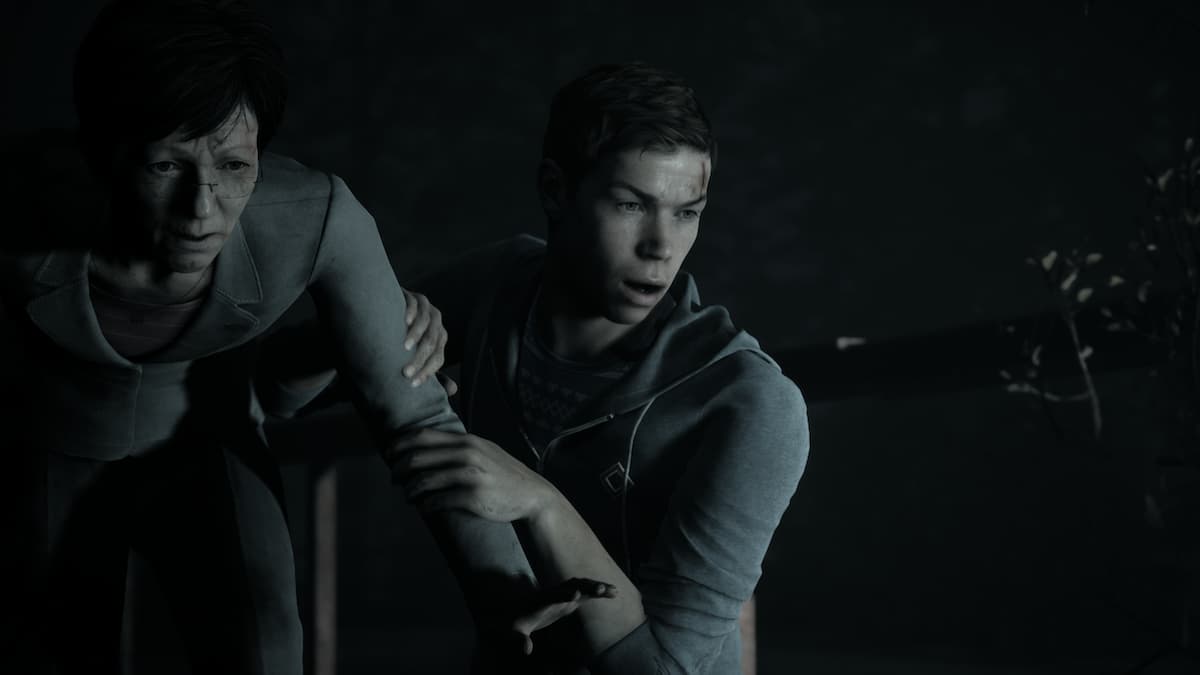 Like other horror titles from developer Supermassive Games, The Dark Pictures: Little Hope can end in a number of different ways depending on your choices and actions through the story. While your five main characters can live or die in almost any combination, Little Hope has three basic endings for the main character of Andrew, who is played by Will Poulter. There are two key Bearings to keep in mind on your way to the end: The Stranger and The Little Girl. Keep in mind that these aren’t 100% guaranteed recipes to get the ending you desire — there are so many character traits and fates that may end up as determinants.

How to keep Vince (The Stranger) happy

In the scene aptly named Vince, you’ll meet a lone stranger at a bar. Vince may seem suspicious at first, but how you talk to him and treat him is paramount to which ending you’ll receive in Little Hope. In this initial chapter, Vince will offer you a drink. This will be a good judge of your character to him, so refuse the drink to stay on his good side or take the drink to do the opposite. After that, you’ll spot Vince on his bike in a scene called Lost, but he won’t see you if you successfully pull off a QTE. It’s a pretty inconsequential sequence regardless.

What is consequential is your encounter with him in the scene titled Surrounded. Taylor and Daniel will regroup with Andrew and the rest while being pursued by a demon. The group takes shelter in a church, but not before Andrew runs into Vince. Vince will be quite confused, and as the demon seemingly approaches behind him, Andrew will have the option to take a shot at it, provided your Andrew is still in possession of the gun he found. To stay on Vince’s good side, do not take the shot. Otherwise, if you pull the trigger and shoot the demon behind Vince, he’ll get significantly angry and think that the shot was meant for him.

Overall, to keep Vince happy, you will want to use calm and friendly language whenever you speak to him. Convey trust instead of aggression and suspicion. If you took a shot at him in Surrounded, you’ll see him again in the scene called Heavy Burden before you enter the abandoned factory, and he’ll be pretty cross. Vince’s importance to the story becomes quite evident when you reach the very end.

The ending hangs on what you decide to do with Mary, Little Hope’s resident creepy little girl. At this point in the seventeenth-century timeline, Andrew’s Puritan counterpart Abraham has testified against Mary, and now, Reverend Carver is calling for her execution. There is a key piece of evidence, however, that proves that Carver is the mastermind behind the false accusations of witchcraft and subsequent executions of multiple characters.

In the scene titled Troubled History, leading to the scene called Pursued, Daniel and Taylor will eventually reach the Museum of Witchcraft. In it, you’ll find a Secret called Old Bible — open it, and you’ll see occultist and demonic symbols on the pages. This is an essential clue for the ending, as the Bible surely belongs to Reverend Carver.

Because you’ve seen the Old Bible, Andrew can advise Abraham that Carver is the root of all evil in Little Hope. When Abraham seeks your counsel, go with the Enraged option on your moral compass and say that “Carver is evil.” When pressed on what else to do, choose the Insistent option and declare that You have to stop Carver.” The judge will then inspect Carver’s Bible and find the demonic inscriptions, clearing Mary’s name and bringing Carver to justice.

However, how many characters survive and how you treated Vince is what will determine whether or not you stick the landing for a good ending. If a good number of characters survive and you’re in Vince’s good graces, he’ll find the lot of you on the main road and direct you to a diner where you can contact the outside world. If Andrew is the only one left standing, Vince will find you at the burned house and tell you where the diner is.

The worst ending for Mary can also result in your own worst ending. Instead of insisting that Carver is to blame, you can double down on claiming that Mary is the source of all witchcraft in the town. Instead of picking Enraged when Abraham asks you for advice, you can select Troubled and say the pretty generic “There’s something wrong in this town.” Next, be Callous and say that “The kid has to pay.” As a result, young Mary will be burnt at the stake, and it isn’t a pretty sight.

Once you’re back in the present, Andrew will leave the house, but the other four characters will end up trapped to be massacred by the demons. Even if you are nice to Vince and he tells you where the diner is, if Andrew is still in possession of the gun, you’ll view a dark and violent ending for the character.

If you are hesitant to condemn either Mary or Reverend Carver, you can instead go with the Troubled – “There’s something wrong in this town” dialogue route and then select Hopeful to suggest “Destroy the doll.” The judge and the reverend will both comply, but as you saw in the prologue of this game, burning dolls isn’t too hot an idea — it will cause a massive fire that will burn down the entire courthouse.

Regardless of which characters survive, antagonizing Vince will have consequences. Whether he finds you on the main road or at the burned house, Vince will accuse you of being a murderer and call the police on you. This is what you see in the Premonition from the Shackled picture.

All this time, you as the player were searching for the bus driver that mysteriously disappeared. It turns out that you are the bus driver. Will Poulter portrays Andrew for most of the game and Abraham in the 17th century, but he also portrays Anthony in the flashback prologue. If you remember, Anthony lost his entire family in a fire, and the town blamed Anthony for the accident. It becomes clear in the ending, regardless of which one you got, that an older Anthony is the bus driver — the actions of Andrew’s were his own, and the characters of John, Taylor, Daniel, and Angela are from his own imagination, based on the members of his family.

Vince was the boyfriend of Tanya, Anthony’s sister. He’ll recognize Anthony, and how you treat him will determine whether he helps you in the end or not. He’s still heavily affected by Tanya’s death, so you’ll have to prove to him that you mean well.