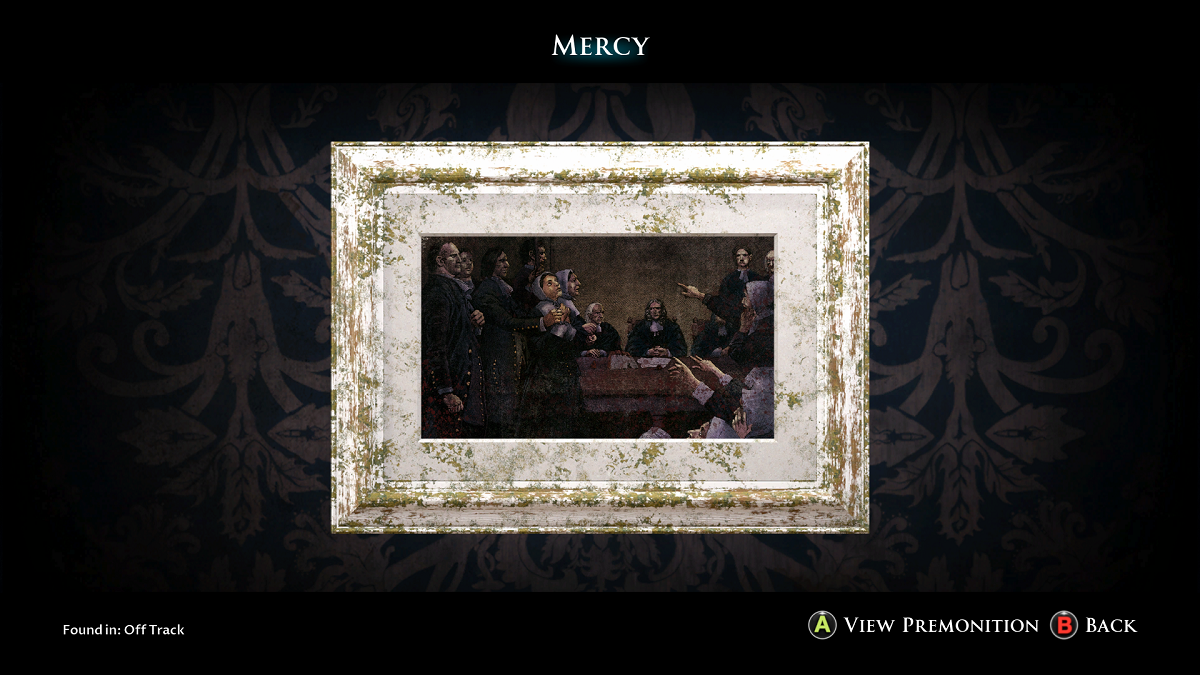 Little Hope, the second entry in The Dark Pictures Anthology, has a bunch of collectables to locate. One of those are the white framed pictures, which hold clues about how to keep everyone alive until the end of Supermassive Games’ interactive horror title.

This can be found at the game’s beginning. After the group has been reunited, you take control of Taylor. Navigate the conversation and wait until you can move around. Head left down the path that Daniel and Angela walked along. Walk to a truck that is parked at the end of this trail, and look in the back for the picture.

Before you break the window of the Little Hope police station with a rock as Andrew, head right. You will come across some barrels next to a wire fence. The picture is sitting on one of these barrels.

When the group is separated later on, Daniel and Taylor will reach a building with a locked door. You have the option of climbing a dumpster bin or a stairwell to gain access. Pick the stairwell. After exiting the room that Daniel climbs into, walk down the hallway until you reach a hole in the floor that you drop down into.

Before you drop down, head into the room on your right. Look on the shelves in front of you for the picture.

After taking control of John following the police station portion, walk up a narrow path to your left that leads to a house. You can find the picture sitting on a box on the porch.

This one can be found after everyone flees to the church. Inside, you take control of Taylor. Before walking into the church proper, immediately turn around and head back to the entrance. Turn left to see the picture on a table.

Demon at the Door

Walk over the picnic tables and pick up the picture. This will unlock the ‘Glimmer of Hope’ achievement for 50 gamerscore on Xbox One or the gold trophy on PlayStation 4.