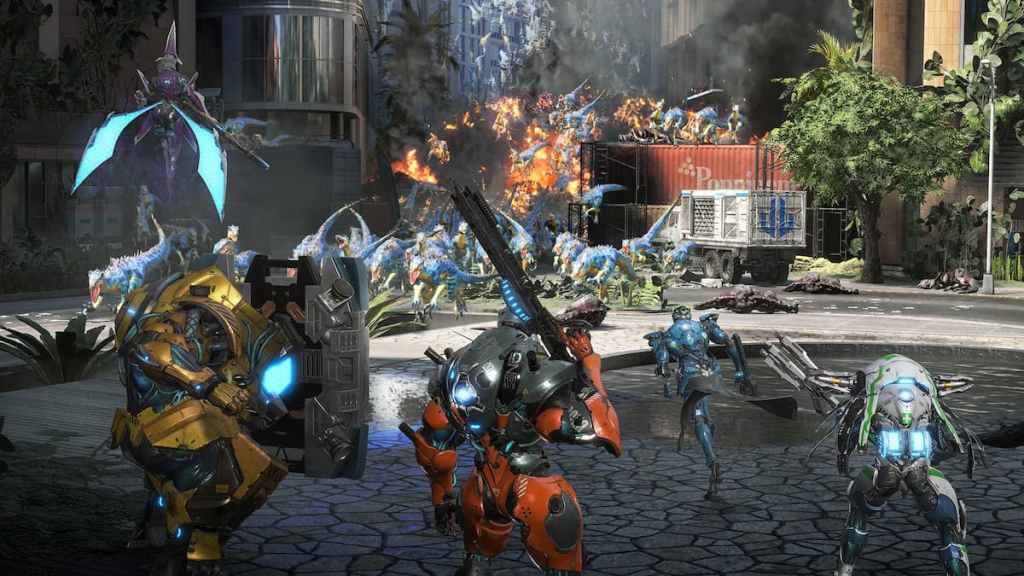 Capcom’s Exoprimal is the latest piece of proof that gamers don’t need high-concept storytelling in their shooters. As gratuitously demonstrated in every trailer so far, Exoprimal is just good, dumb, robots-vs-dinosaurs fun. That said, the game does have an intricate mission structure that combines PvP and PvE gameplay in the same game mode. In this overview, we will guide you through the game modes in Exoprimal and the different mission types that shape the experience.

The main game mode in Exoprimal is Dino Survival; other game modes may be available after launch, but in all cases, the gameplay is structured around a 5v5 objective-based competition. Both teams start together in a shared deployment zone, but will split off as Leviathan — the game’s primary narrator and antagonist — prescribes a series of missions.

Each mission will task players with an objective found somewhere around the map. The team who finishes first scores more points, which places the competitive focus squarely on the objectives. However, during different missions, the teams cross paths and can fight each other. Leviathan may even allow one member of a team to invade the other team’s location by controlling a powerful dinosaur. In that way, Exoprimal features a perfect blend of PvP and cooperative gameplay, while being a distinctly competitive game.

Related: When is the release date for Exoprimal? Answered

Dino Survival is more than a single game mode in Exoprimal, as it combines six rotating mini-modes. Whenever Leviathan announces a new mission, players on both teams are given a countdown to make their way to the designated mission area. There they will face off against hordes of dinosaurs (or the opposing team) and compete to finish the mission faster. As players progress through the overall story of Exoprimal, new missions will become available in the game mode.

The missions in the Exoprimal Dino Survival game mode include:

That’s all there is to know about the Dino Survival game mode in Exoprimal. If you want to try it hands-on, you can sign up for the Exoprimal closed beta test, which will take place in July.