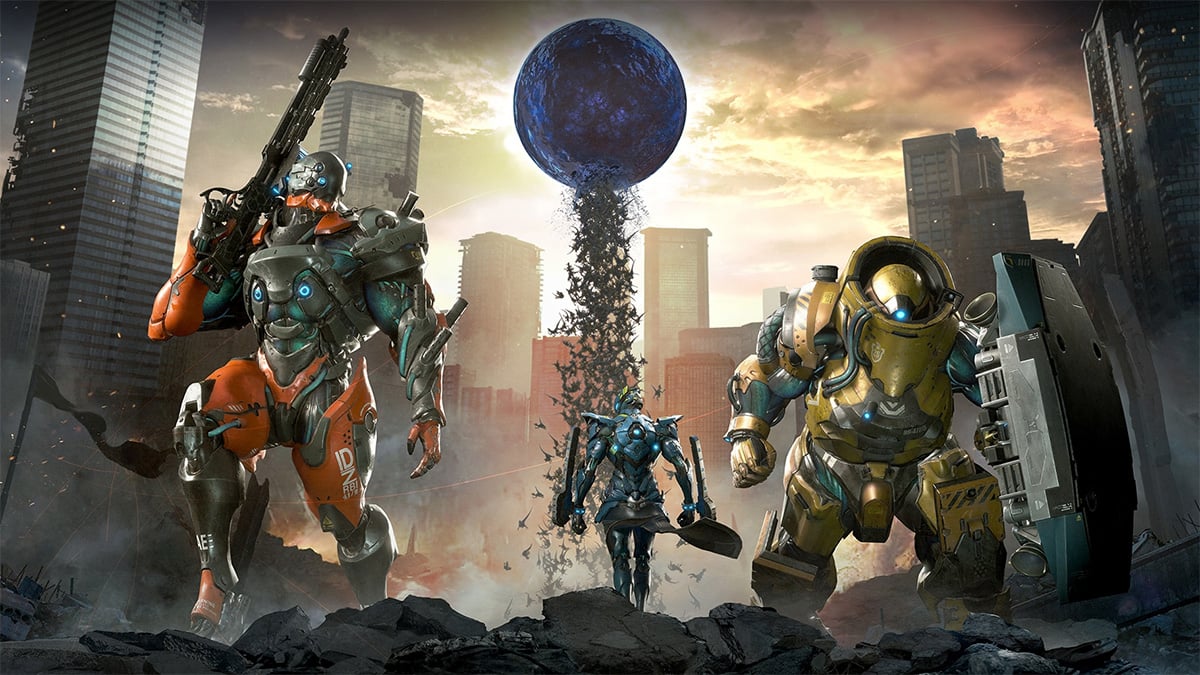 Capcom has announced more details and released a new story trailer for cooperative shooter Exoprimal. The trailer goes over the main cast and reveals more details about the story along with introducing a new Exosuit for players to use.

Related: How to sign up for the Exoprimal closed beta

The new trailer introduces more of the main cast including the mechanic Lorenzo, Alders the engineer, fellow pilot Majesty, and support android Sandy. More about the story is revealed including the appearance of a new mysterious character who goes by the name Durban who appears to have control over the Watchers. It’s not fully revealed if Durban is the main antagonist for the story or if he serves a different role in the plot at large.

The trailer also shows off new Exosuits for the player to use including the Murasame, a Tank type with an emphasis on melee combat, and the Skywave, a Support type Exosuit with the ability to slow down and weaken enemies from range. A new Rig, or secondary weapon, was also revealed to be the Blade, a giant shuriken that players can throw to temporarily stun enemies to gain an advantage during a crowded fight.

Gameplay details during Capcom’s TGS 2022 showcase also showed off more about character customization for the player-character, enemy types, and even emotes for your character. Exosuits and weapons can be customized with a huge variety of paint jobs and stickers in the hangar. Players can also equip a wide range of emotes on the Comma Wheel, such as dances, taunts, and other expressions. New enemy types revealed during the showcase include the Dilophosaurus, Carnotaurus, and Neo T. Rex.

No solid launch date was given as of yet, but Exoprimal will be out sometime in 2023 for Xbox, PlayStation, and PC via Steam.