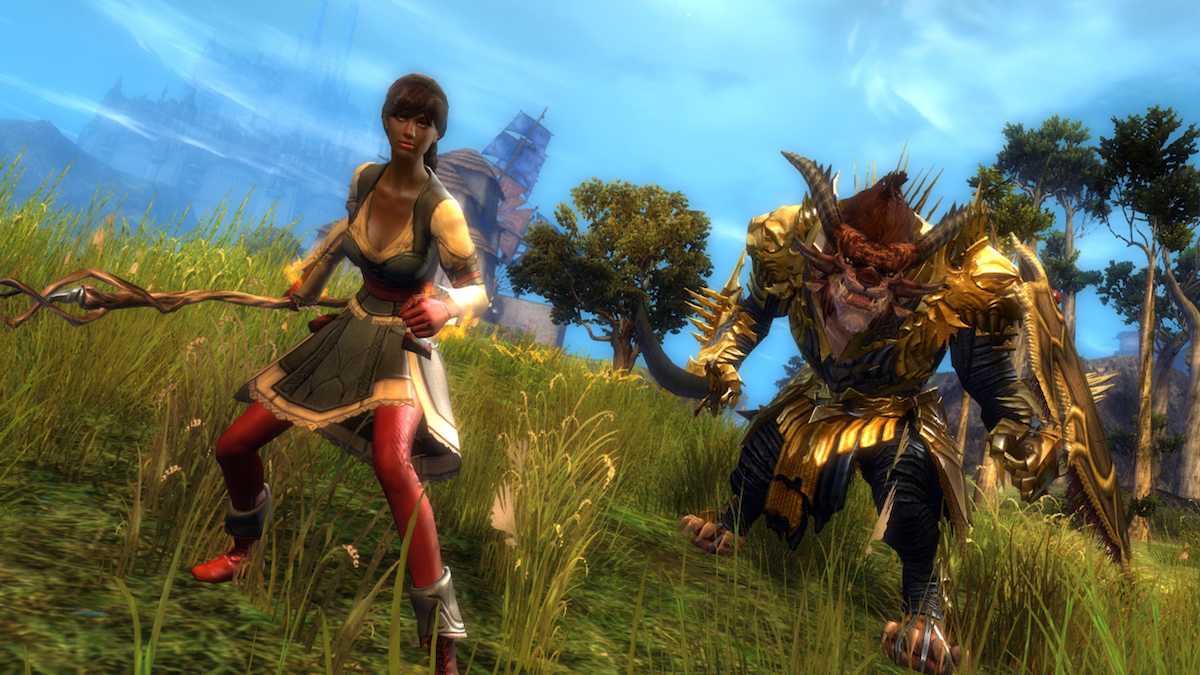 Guild Wars 2 has a lot of options on how to play, from the race of your character to the class/profession you choose for it. There are nine classes you can choose from when you first start a character, and they all offer their own stats, abilities, and benefits. The good thing is that none of them are really that bad and they are all good choices.

However, as is the case with any game full of these options, there are ones that are just better to play as. Whether it be from being more fun or offering a certain ability that puts it over the edge, there are some classes that are better options.

Because of this, we have ranked each class in Guild Wars 2, from worst to best, and have them right here for you.

Now, the Warrior class is one of the most popular classes in the game because it’s an easy class to begin with. It offers solid damage output and with the different subclasses, you can up that even more.

However, it’s just kind of a boring option. It’s kind of spread too thin and tries to do too much. It’s a very general option and a jack-of-all-trades style, but that makes it a little bland for us.

On paper, the Revenants are an interesting class to play as. They have some very powerful AOE attacks that can take out a ton of enemies at once, all while supporting their teammates at the same time. They are a powerful class that can completely dominate a battle.

But they’re tough to play due to their reliance on resource-management. If you can do that well, then you’re set, but if you can’t, and it is very hard to do, you’re going to end up being rather useless in some of the bigger and tougher battles.

The Thief class is designed to be very mobile and deal damage in spurts, jumping in from the edges and jumping back out before they can be noticed. They possess plenty of abilities that can dish out good damage and when use strategically, can be an absolute pain in the enemy’s side.

But they don’t do well when alone and need a group to really be effective. If it is just them, the aspect of stealth is really negated. They need teammates to distract and hold the enemy’s attention so they can move around and attack when they can.

Playing as a Ranger gives you the ability to charm animal friends in the game and bring pets with you into battle. This alone gives them an edge up on some other classes for us, along with their abilities that can deal out some good damage.

However, much like the Thief, they aren’t very good when alone. Your pets can hold the enemy’s attention for a brief amount of time so that you can stand back and pepper the enemy forces, but once the pet is wiped out, you’re all alone and an easy target. Nonetheless, though, the Ranger is still fun to play.

Mesmers can do a lot for their teammates in a battle. They are able to reduce their cooldowns, teleport their teammates to safety, and make their entire team a nightmare to target.

They are also rather tricky to play as and playing solo requires a good amount of learning. But they’re highly-sought in groups and can do a ton of damage. Despite the learning curve, they’re a very potent class to play as.

It’s always cool to be able to magically control the dead for your own gains. If you use the Reaper subclass for the Reaper, then you are going to be able to shred through enemies and keep your base stats up.

They are an absolute force in PvE play, in groups or solo. However, their play in PvP is a little lacking and more middle-of-the-road. Their DPS isn’t something that is instant and needs time to develop, and they can be a grindier class. But when used right, they are near-unstoppable.

These tanks are monsters on the battlefield. They can stand in the middle of the battle, taking the damage, and dishing out a lot of their own. They can even unlock abilities that will heal their allies to keep them alive as well.

They do need healers to be their best, but that is such a small caveat that it really doesn’t matter. They can manage in solo and group play, but really shine when playing with others.

The Elementalist is, arguably, the best ranged class to play as for any player. It can deal good damage from afar, while also healing their allies and keeping their stats up. Their AOE attacks can level the enemy and their buffs can change a battle completely.

The downside comes if an enemy survives their brutal attacks and the Elementalist is left open for attack, but the odds of that happening are so low.

The Engineer makes the top spot on our list for the simple reason that it can become just about any kind of role that you want, and it can do them all well. It’s not like the Warrior which tries to do too much; the Engineer gives you the ability to pick a path and invest in it.

There really isn’t a scenario that the Engineer can’t prosper in; PvP, PvE, World vs. World, they are all great for the Engineer and any type of player can have a blast with them.