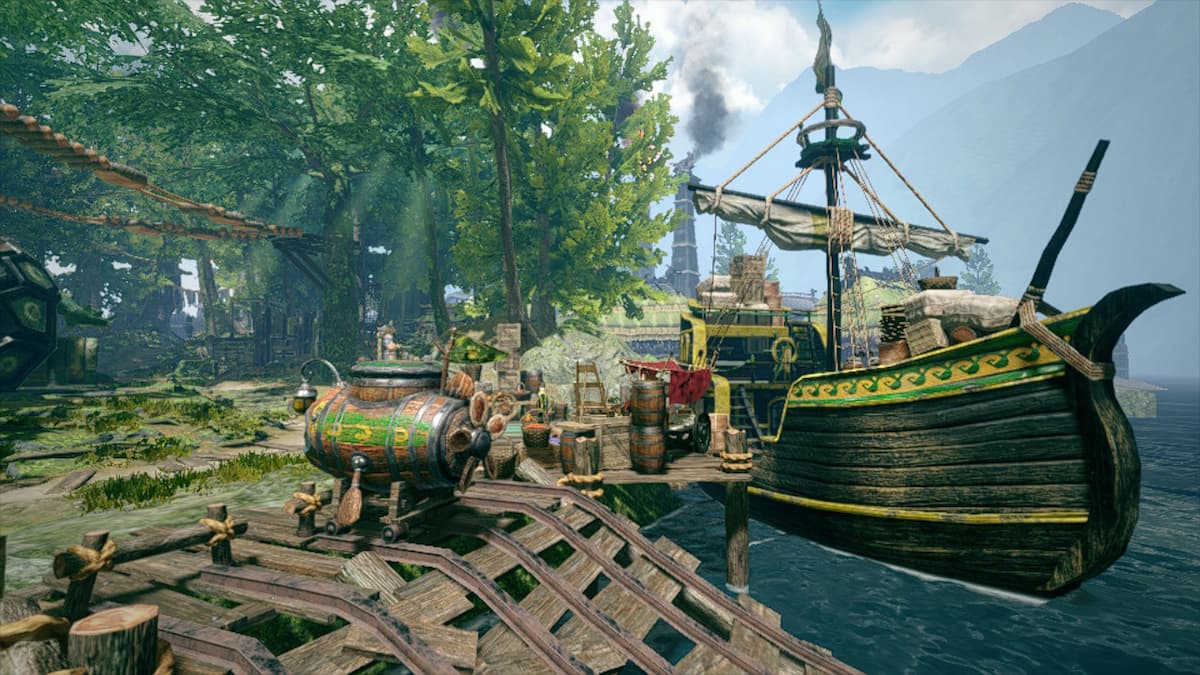 Monster Hunter Rise introduces a new game mode called Rampages. It’s a horde mode where waves of monsters come out of the forest, led by an apex predator. You need to defend the village from these monsters and keep the defenses in check. The more difficult Rampages require you to work with other hunters to complete them. Because how many monsters you’ll have to fight during this mode, there are several hunting installations you can add around the area to protect the village. Here’s a breakdown of what these hunting installations are, and how they work.

The Auto type features a local villager taking care of the weapon, and they’ll be able to fire it without hunters needing to control them. A villager stationed at this weapon will be able to automatically damage any monsters that enter their range, providing additional support for any Rampage battle. You want to set these up at locations you don’t want to control too much.

The Limited Supply hunting installation are items that you can place all in the arena, but every Rampage battle only has so many. You do not want to use these all on the first wave, and have to fight multiple monsters after that with no fresh supply. Make sure to view how many Rampage horde waves you have to endure, and place these sparingly out over your defenses.

The Manned hunting installation are the ones players and a player’s palico can use. These are the ones you need to approach and manually fire to use. You only want to set these up in locations that you or your allies plan to operate throughout the Rampage battle. If you plan to remain at one, placing one nearby is never a bad idea so your palico can use it, essentially turning it into an Auto type.

The most powerful hunting installations you can add to your stronghold will be the Dragonators and Splitting Wyvernshots. These are given static locations in your stronghold defenses, and you’ll be able to access them when your stronghold reaches a certain level during the Rampage level. You’ll need to repeat this process each time you start a Rampage quest.

The Warriors of Kamura hunting installation is not a mechanical device to defend your stronghold but a person. It’s an NPC from the village that has appeared to assist you and your companions with the Rampage. The effects of the NPC vary. Some of them will directly fight with the monsters that participate in a horde wave, and others provide beneficial buffs and boost the effects of everyone defending at a Rampage. The Warriors of Kamura can only be summoned once per quest, so they’re better used during some of the final stages of a Rampage battle.