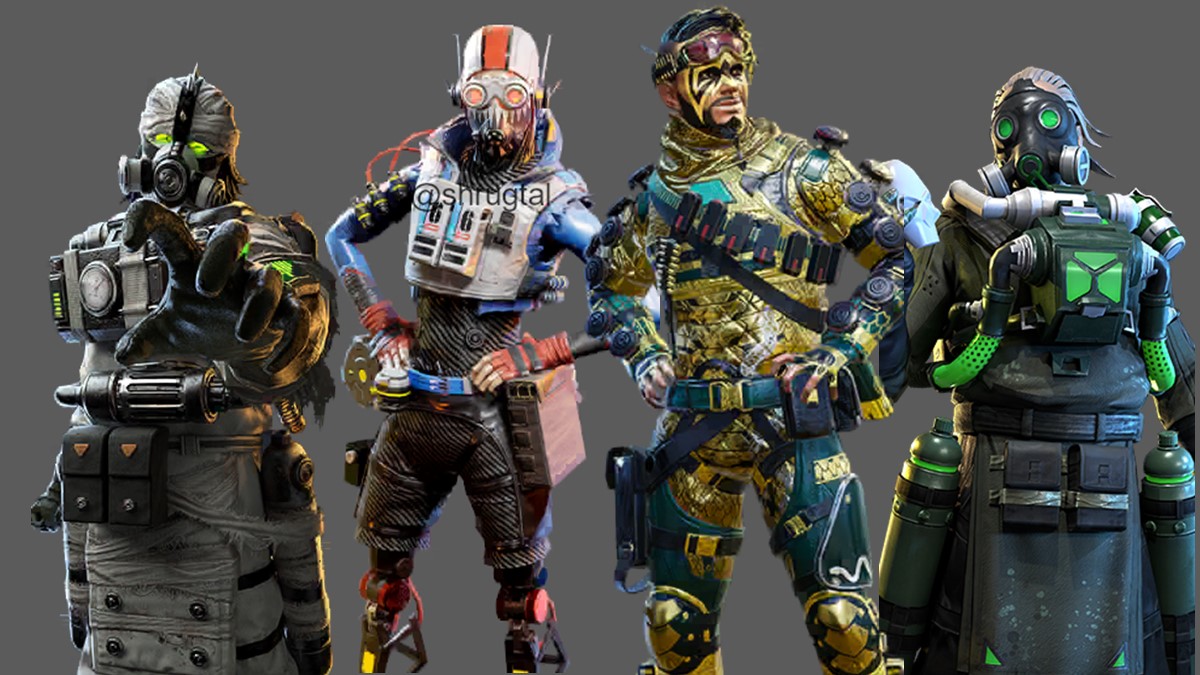 Apex Legends Mobile is setting itself apart from its PC and Console predecessor with some flashy mobile-exclusive skins. These skins will most likely never be brought over to the main game and encourage players who might otherwise skip out on mobile to pick the game up. Special shout-out to Shrugtal and ApexMLeaks on Twitter for getting these images up so quickly, and note that anything resulting from data mining is subject to change.

So far, there have been four Mobile-exclusive skins found in the Apex Legends Mobile beta data. Three of the skins are for characters already playable in the beta, while the other is for a Legend that Respawn will probably add in the near foreseeable future. The complete breakdown of the skins is as follows: Data miners have found two upcoming skins for Caustic, one skin for Octane, and one skin for Mirage. Here is a closer look at every skin, currently unnamed.

According to ApexMLeaks, the Mirage skin will most likely be released in the store alongside Mirage’s Apex Legends Mobile debut, whenever that may be.