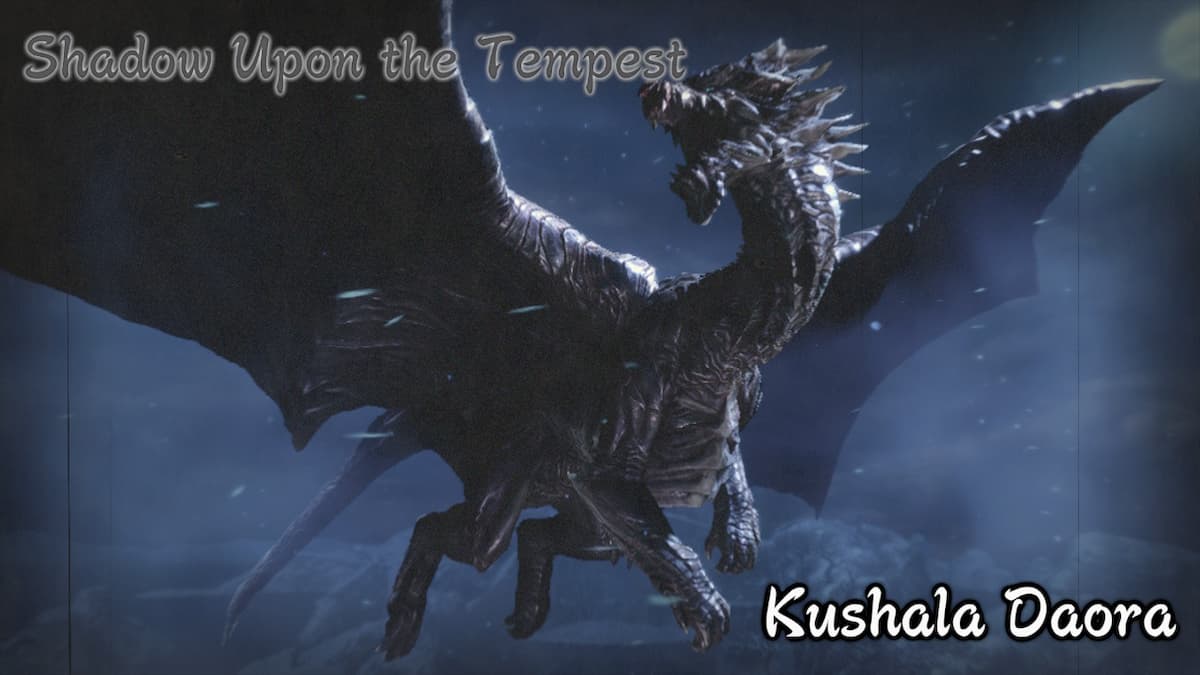 Kushala Daora is a heavily armored steel elder dragon that you can battle against in Monster Hunter Rise. For those who use sharp weapons, you’re going to have a bit of difficulty fighting this monster, but not as much as previous Monster Hunter games have handled this game in the past. While the fight is a bit easier, you can expect to find yourself heading back to your camp if you’re not careful and don’t account for the notable weaknesses that Kushala Daora has that you want to exploit.

We highly recommend bringing some poisoning weapons with you for this hunt to quell Kushala Daora’s air attacks.

How to beat Kushala Daora in Monster Hunter Rise

In general, a blunt weapon will do more damage to most of Kushala Daora’s body parts, namely the forelegs, abdomen, and back. A sharp weapon does beat out a blunt weapon when you aim for the head and neck, but not by much. If you’re willing to risk going to the front of Kushala Daora, or you can maneuver your hunter with an insect glaive to drop on the creature’s head, you can do a significant amount of damage. When aiming for the general body mass of this elder dragon, you want to use a blunt weapon, with ranged attacks being the weakest against it.

When it comes to elemental damage, the best attacks will be anything electric. From there, you want to use fire or dragon blight elemental damage. Kushala Daora takes little damage from any water or ice based.

Kushala Daora is a mobile dragon, and you’ll find yourself craning to look up into the sky to catch where it’s going to land. The creature can also summoning multiple tornados and air blasts that send you flying through a battlefield. This elder dragon frequently summons multiple miniature hurricanes to damage you. You have the option to jump over them using your silk bug, or if you’re far enough away, you always weave through them. Moving through them is a bit risky, but you keep your stamina up, and you won’t waste a silk bug charge.

You want to keep as mobile as possible when battling against Kushala Daora. This elder dragon is frequently leaping into the air to summon multiple hurricanes or releasing an air blast from its mouth to keep you at bay. Of those attacks, the air blast can be the most devastating and can easily knock nearly all of your health down to zero if you’re careful. The hurricanes are a little frustrating because they keep you in the air for a few seconds when you’re hit, but they do not do an absurd amount of damage.

To prevent this creature from summoning as many wind-based attacks, you can use poison effects to limit them. You want to use poison during the early stages against Kushala Daora to prevent these attacks from happening. Your primary target should be the creature’s head, where you can cut off its horn. When you slice its horn from the top of its head, it won’t be able to summon as many air attacks against you, forcing you to remain on the ground and closer to you.

The back, wings, and hind legs are the most armored sections on Kushala Daora. You want to aim for the creature’s head as much as possible, especially if you are using a bow or a bowgun. While on the ground, try to remain close to the elder dragon’s chest, front legs, and neck. The best spot to hit is the head.

These are all of the material drop rewards you can receive for defeating Kushala Daora.