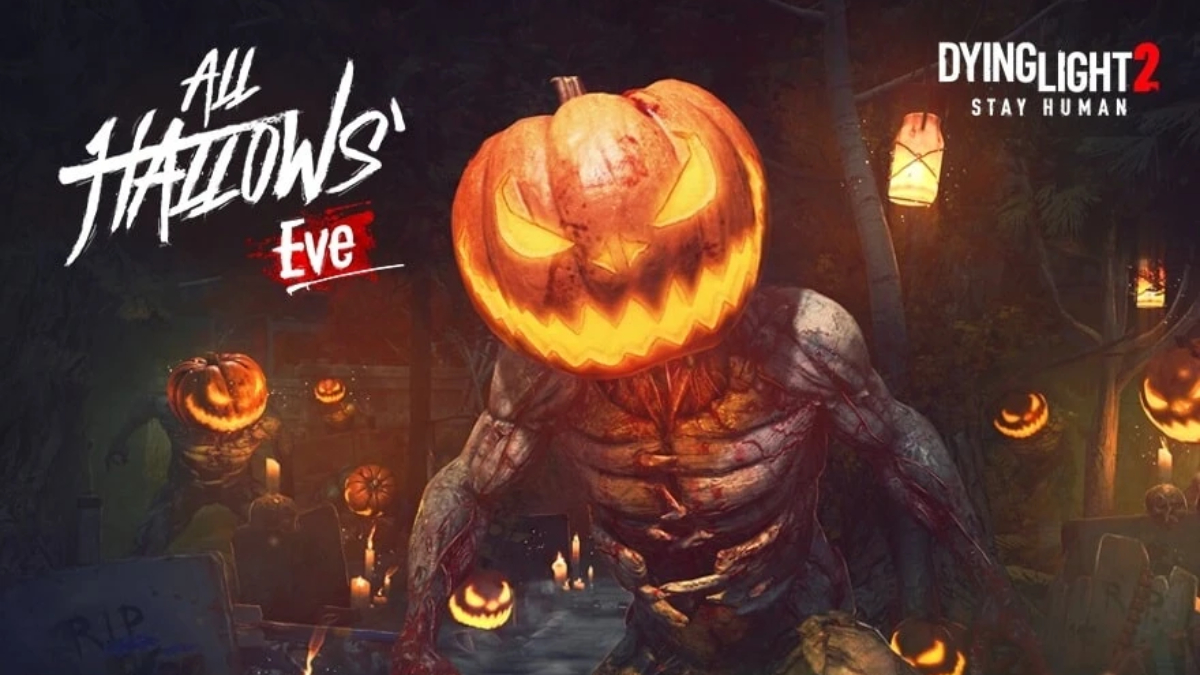 As is customary with Dying Light Halloween updates, the game will go through a noticeable visual change. This includes Volatiles wearing Pumpkins on their heads and becoming ”Pumpkintiles”.

The Infected around the city possess special resources called Treats and they will drop them when killed. Players will need to collect enough treats and give them to a special season agent called Baka the Unfortunate. He is available in the Bazaar for the duration of the event. After giving the treats to Baka, players will level within the All Hallows’ Eve leveling system and unlock special potions. These potions give players various abilities like jumping higher and turning vision to black and white.

By collecting one treat, players will get the ‘Trick or Treats Potion’ pack, and collecting six thousand will provide them with the Jack O’ Mask. Techland has also announced a global community goal for the treats. Dying Light 2 players all around the world will need to collect a total of 150,000,000 treats and for that, they will receive the ‘Dying Laugh Charm.’