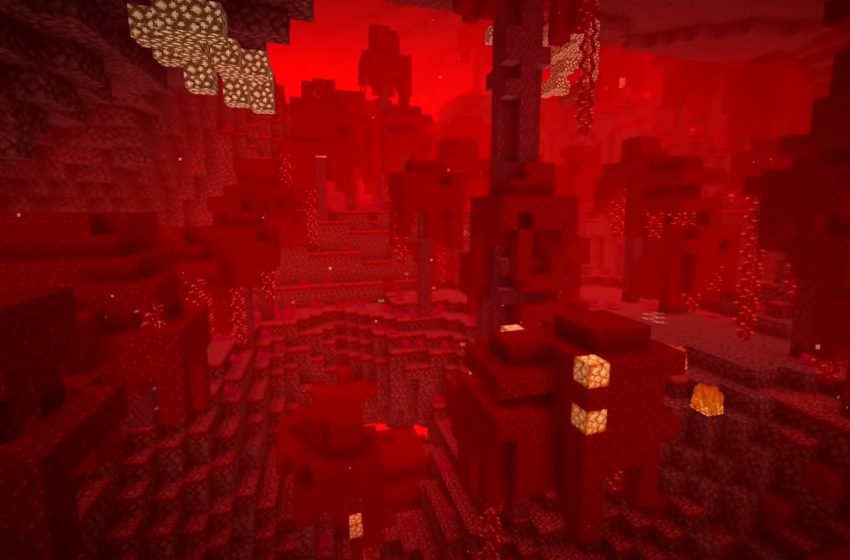 Minecraft’s Nether update introduced new biomes, new mobs, new buildings, and more to the long-running game. The Nether has long been home to Ghasts and Zombie Pigmen. The new update expands the life roaming the Nether by adding four more mobs to the game.

Ghasts and Zombie Pigmen were the first inhabitants of the Nether. Ghasts are an aggressive mob that can be identified by their annoying coo sound that signals their appearance. They have ranged fire attacks that can make short work of unsuspecting players. Ghasts may be aggressive but Zombie Pigmen are not. Zombie Pigmen are neutral mobs that don’t bother the player unless they attack first. There are a lot of them, and while harmless, the amount of them is intimidating.

Hoglins are a hostile mob with the appearance of warthogs. They spawn in the Crimson Forest and are the main source of food in the Nether. They drop raw porkchops, leather, and experience if killed by the player. They are breedable but babies only drop experience. They can be bred using crimson fungi, but due to their hostility, it may be difficult. If players really want to farm them, they’re passive near Nether Portals, Respawn Anchors, and Warped Fungi and can be corralled. If they become hostile, losing line of sight from the player will make them passive again.

Piglins were advertised alongside the announcement of the Nether Update. While classified as a neutral mob, they will attack the player unless the player is wearing at least a single piece of gold armor. They will also attack under certain conditions: if attacked by the player, breaks or opens a chest, ender chest, barrel, shulker box nearby; breaks a block of gold, gold ore, gilded blackstone or nether gold ore near them. Piglin babies will play with baby Hoglins and may ride them. They can also barter items. If thrown gold ingots, they will pick them up, inspect them, and throw the player an item. Piglins spawn in the Crimson Forests, Nether Wastes, and Bastion Remnants.

Striders are lava dwelling, passive mobs. They can be bred with Warped Fungi and ridden with a saddle. Outside of water they turn a grey-purple, become cold, and have a big frown on their face. Striders can be damaged by water.

Zoglins do not spawn naturally and are the result of a Hoglin staying in the Overworld or The End for 15 seconds. They are highly aggressive and attack any mob other than other Zoglins or Creepers.