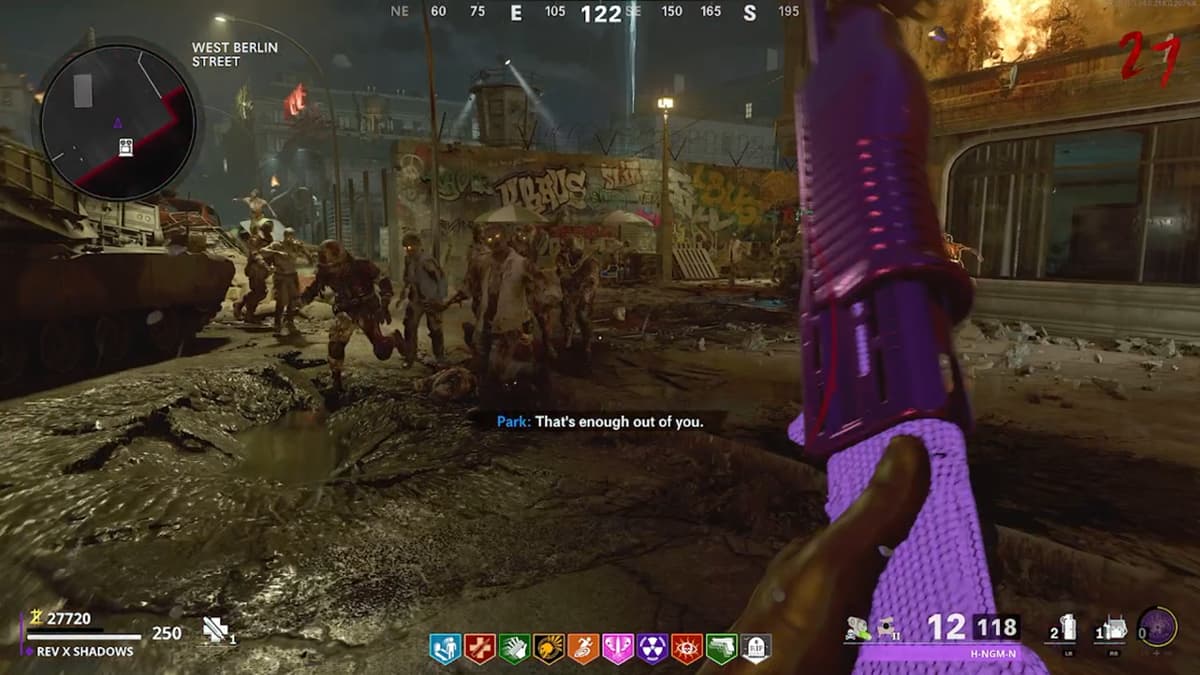 In Call of Duty Zombies, Perk-a-Colas are essential to not only survive but thrive as rounds go on and the undead become stronger and faster. That being said, there are definitely some you should grab before others. Whether it is important for your survival or the utility is too good to pass up, here is every single perk in Call of Duty: Black Ops Cold War Zombies ranked best to worst.

Note: we will be referring to all of these perks as if they were fully upgraded to Tier V to get the full use out of them.

Juggernog is, and might forever be, the most important perk in Call of Duty Zombies purely because it gives you more health. In Black Ops Cold War, this comes in the form of 100 extra hit points, better armor recovery, better armor durability, and a guarantee to keep one health point when overwhelmed for a last stand. As usual, Juggernog should be your first perk purchase, and to make it even better, combine it with the next entry.

As you may have guessed, Quick Revive will help you pick up teammates faster when they go down. That being said, it has never been better than it is in Black Ops Cold War because it also enables you to regenerate health much faster and will give you and teammates you pick up a speed boost to get away from zombies. Also, it gives you the ability to pick yourself up when downed by killing a zombie. Combine this with Juggernog for much better survivability in any match.

Stamin-Up is another constant in Call of Duty Zombies, but the additional speed options you get this time around are too good to pass up. Backpedal speed, aiming down sight speed, no fall damage, and no sprint speed falloff makes it much easier to set up trains and take out large groups at once. It may be up to you whether this is actually useful, but we cannot imagine Black Ops Cold War without the speed boosts.

Honestly, Speed Cola does not have the greatest upgrades of all perks in the game, but it doesn’t need much more than the quicker reloads to have a solidified spot in our games. Swapping weapons faster, recharging Field Upgrades faster, and firing and reloading while sprinting is nice but hardly a must-have. However, getting the Mystery Box to choose a weapon more quickly is a big buff if you enjoy hitting it repeatedly.

In the past, Deadshot Daiquiri was one of our least favorite perks in Zombies, but after a full rework, the perk is not only much better but also much more useful. While aiming, you will snap to an enemy’s weak point and get increased damage against full health and armored zombies. It also adds 2% more damage on consecutive hits, making it particularly useful against bosses and higher-tiered enemies.

Elemental Pop is a new inclusion in the game which randomly pop off different ammo mods from your guns as you get kills. Generally, not that exciting, but we love it for the electric charge it gives off when you reload, taking the spot of Electric Cherry. This will stun enemies next to you, giving you a chance to escape or counterattack. The rest of the effects honestly aren’t much to write home about, but they provide decent elemental buffs.

PhD Slider, the final perk added in Black Ops Cold War, is perfect for players in the proper situations. For example, the self-inflicted explosion damage being nullified makes you a menace to all zombies when you have the Ray Gun. Also, if you play on Forsaken, you can create tons of explosions by jumping from roofs. We are not particularly a fan of the slide attack, but you can also make good use of the added mobility it gives you to traverse a map quickly.

Death Perception is a take-it-or-leave-it perk for us. Its ability to let you see enemies and items through walls is a fine addition, but not something we desperately need in Zombies. We will say the extra salvage drops are nice, although small overall. Additional 25% armor penetration is welcome, although it is an odd inclusion for a perk focused on giving you information.

Mule Kick has been an important perk in the past, but for how we play Black Ops Cold War Zombies, we can’t justify getting it unless it’s free. With the loadout system, we always know what weapon we will be playing with. If we get any additional guns, it’s the wonder weapon, and we are set. There are some nice side effects with ammo, but generally, you are set on ammo and can easily purchase more if you are desperate.

We imagine some people still like swapping guns regularly, and Treyarch finally made it so you can retrieve the extra weapon you lose when you lose the perk, but we hardly acknowledge Mule Kick’s existence in Black Ops Cold War.

Tombstone Soda is the perk we look at the most and wonder if it needed to make a comeback. When you get knocked down, it creates a shadow of yourself that you can control to come to revive yourself. However, if that shadow goes down, you are dead. With Self Revives and Quick Revive giving you alternative ways to get yourself up on your own easier and quicker, we don’t think Tombstone has a place in the game. With all the upgrades focusing on Tombstone effects, it really should be the last perk you get, and even then, we would say only grab it if you are desperate to get all perks in a match.