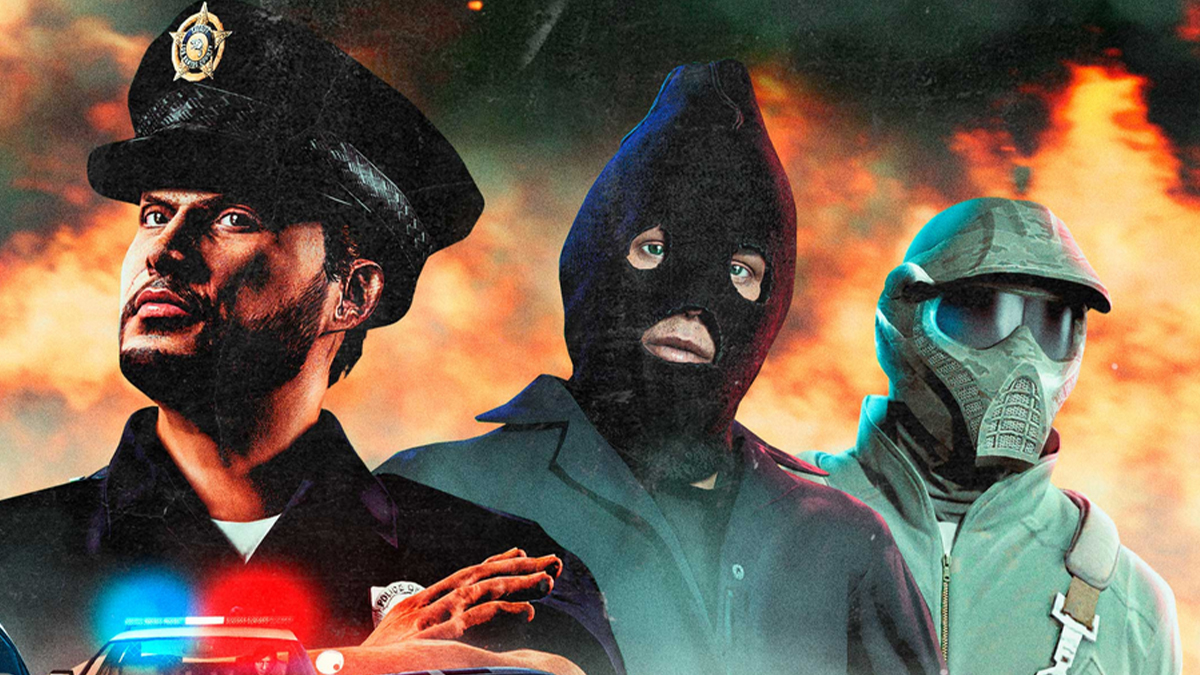 When in a police chase, GTA 5 players will try to avoid the red and blue flashing police blips for long enough to let their wanted level decay. However, several unmarked police stations have stationed police officers positioned around them, where unknowingly driving by them will reset the wanted timer and attract more cops. To help players try to avoid this mistake, this guide will locate and mark all significant police stations.

Located in the heart of Davis, this sheriff’s station is located right next to the LSPD Auto Impound Lot. While this lot is notable for being the location of Franklin’s potential repossession side-business, it is infamous in GTA Online for being a graveyard of player-owned vehicles that were claimed after failed police chases.

Players can hop the short wall between the station and the impound lot to get their cars back, drawing a two-star wanted level in the process. However, this location’s close proximity to the nearby railway tracks provide getaway drivers with an easy escape plan into the nearby underground tunnel system.

Located right on Popular Street, the police station in La Mesa overlooks a major thoroughfare across eastern Los Santos. From moving imported vehicles to sourcing equipment for the Diamond Casino heist, players often rely on this straightaway to accelerate and gain separation from police. Unfortunately, cruising past this station with a wanted level is bound to refresh its cooldown timer, throwing a wrench into their getaway plans.

Unlike most police stations in GTA 5, the station in Mission Row has a rendered interior, meaning that it can be entered. Players are free to explore its basement-floor cells, locker rooms, and police chief’s office adjacent to the lobby.

Keep in mind that climbing behind the lobby’s desk or ascending the rear-most staircase to the rooftop access will instantly incur a three-star wanted level. However, the helipad on the rooftop has a chance to spawn a police helicopter, providing an easy escape from any heat the player might gain.

Adjacent to this police station is the impound garage. If Michael, Trevor, or Franklin abandon a vehicle that they customized or bought online, it will be impounded at this garage and can be returned to its respective protagonist for a $250 fee.

Located far to the north in remote Paleto Bay, this police station poses very little threat to the average Los Santos-based criminal’s operations. Instead, it is more notable for its potential spawns and contributions to the player.

The parking lot out back has a chance to spawn multiple vehicles that the player can steal, most notably a police riot van, which will provide players with full armor when entered for the first time. The ground-level helipad can also spawn helicopters of various types, which can be helpful when trying to quickly traverse the mountains to the south.

Discreetly located at the center of upscale Rockford Hills, this police station is equipped to intercept any players looking to use the neighborhood’s sprawling city blocks as a means of losing the cops. While limited in its own functions, its close proximity to the local fire station makes it a reliable spawn location for fire trucks.

The only police station in Sandy Shores, and one of the only police outposts overlooking the entirety of the Grand Senora Desert, this location is very open and easy to escape from if wanted by police. A police riot van reliably spawns out front when playing GTA Online, offering free armor to anyone brave enough to steal it.

This police station bears the unique distinction of having a rendered interior, with several desks and chairs populating the inside of the station. However, it is only occasionally accessible during certain Business Battles in GTA Online, with its door not opening otherwise.

Located northwest of Vespucci Beach, this police station is the site of many helpful spawns for adept criminals to collect. Its parking garage often houses a riot van, the helipad on the roof can occasionally spawn a police helicopter, and a full set of body armor regularly spawns on the patio toward the entrance.

Right off Vinewood Boulevard, this police station overlooks much of downtown northeast Los Santos. Nearly equidistant between the Pacific Standard and the Diamond Casino, this station can often prove to be a thorn in the side of any heisters in the area.

While mostly lacking in available utility, its rooftop helipad is a reliable spawn for police helicopters. In addition, it is particularly easy to climb to this rooftop from the ground, making this helicopter ideal for escaping the five-star wanted level that robbing the Diamond Casino can bring.

Returning to GTA 5 on a brand new console? Learn how to transfer your singleplayer save data.