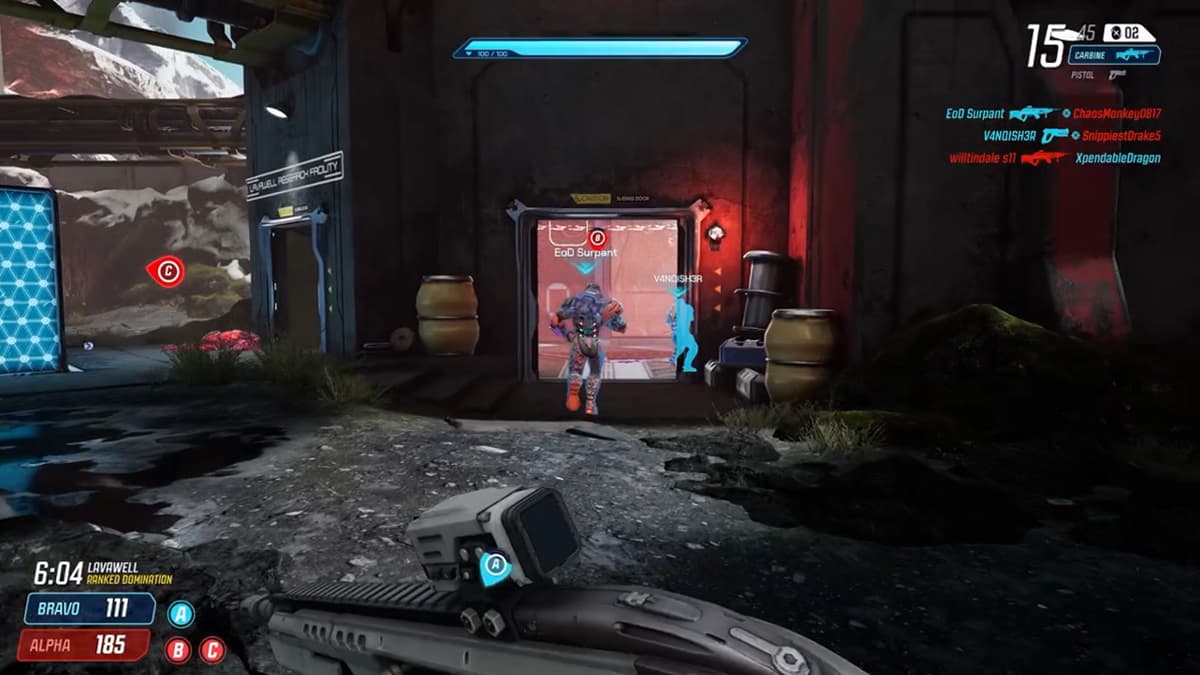 Ranked modes in competitive online games are a great way to keep the attention of a player base. Even though they are playing the same game repeatedly, they are doing it in a more focused playstyle where they will be with and against people of the same mind. The one goal is to win at all costs. Splitgate features its own ranked mode to house anyone who wants to take advantage of a playlist that takes the game more seriously. Here are all of the ranks you can achieve in Splitgate’s ranked mode.

Once you unlock ranked mode, you will access the 4v4 playlist that features Domination, King of the Hill, and Team Deathmatch. As of this writing, there is also a 3v3 Takedown ranked playlist you can participate in. You will need to play through ten matches before you get your first skill level number.

Here are all of the ranks in Splitgate’s ranked mode and the skill level needed to be in each rank:

When you have your skill level, like other games with competitive modes, you can raise or lower that number to change ranks. Skill level number is decided by your wins and losses, similar to games like Overwatch, but there are some performance incentives there that the developers have not made known as of this writing. To keep things simple, win games to get a better skill level.

As you can see above, Champion is the highest rank and will take dedication and hard work to reach. The best of the best will get that rank. The more common placement for people in the early days of this rank system is currently sitting in the Gold range. Don’t feel down if you are placed lower than Gold, though. You have many opportunities to keep playing and increase your score by playing more challenging opponents and winning. Keep in mind, though, queue times are likely to increase as the pool of players you can go against gets smaller.