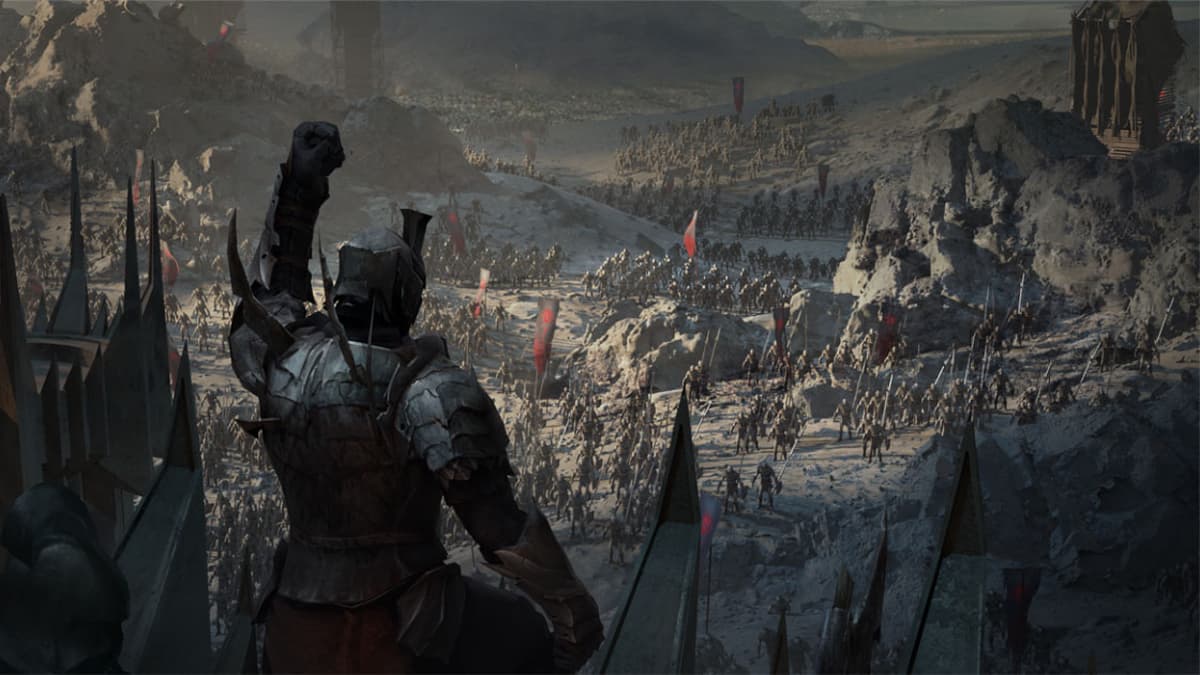 Season Two of Lord of the Rings: Rise to War features new commanders for the geo-strategic seasonal wargame. Each can be found and recruited in the tavern during Season Two. You’ll need all the strength you can muster to take back the Rings of Power, and here are the following commanders that can join your army.

Known as Prince Imrahil as he was the twenty-second Prince of Dol Amroth. The warrior fought during the War of the Ring in the Third Age and led the Swan Knights, also known as Knights of Dol Amroth, into battle.

Berúthiel was a Queen of Gondor during the Third Age. She is pictured with her clowder of ten cats that she used to spy on the Men of Gondor. She lived in Osgiliath, but her husband, king Tarannon Falastur, banished her to Umbar.

Elladan is the son of Elrond and Celebrían and the brother to Arwen. He and his twin brother Elrohir assisted the Fellowship by scouting ahead to ensure the path was clear. Elladan also went into the Paths of the Dead with Aragorn, Gimli, and Legolas.

The King under the Mountain led a company of dwarves across Middle-earth to take back their homeland of Erebor. The dragon Smaug claimed the mountain as his own and all the treasure inside. All of which was portrayed in the movie and book The Hobbit.