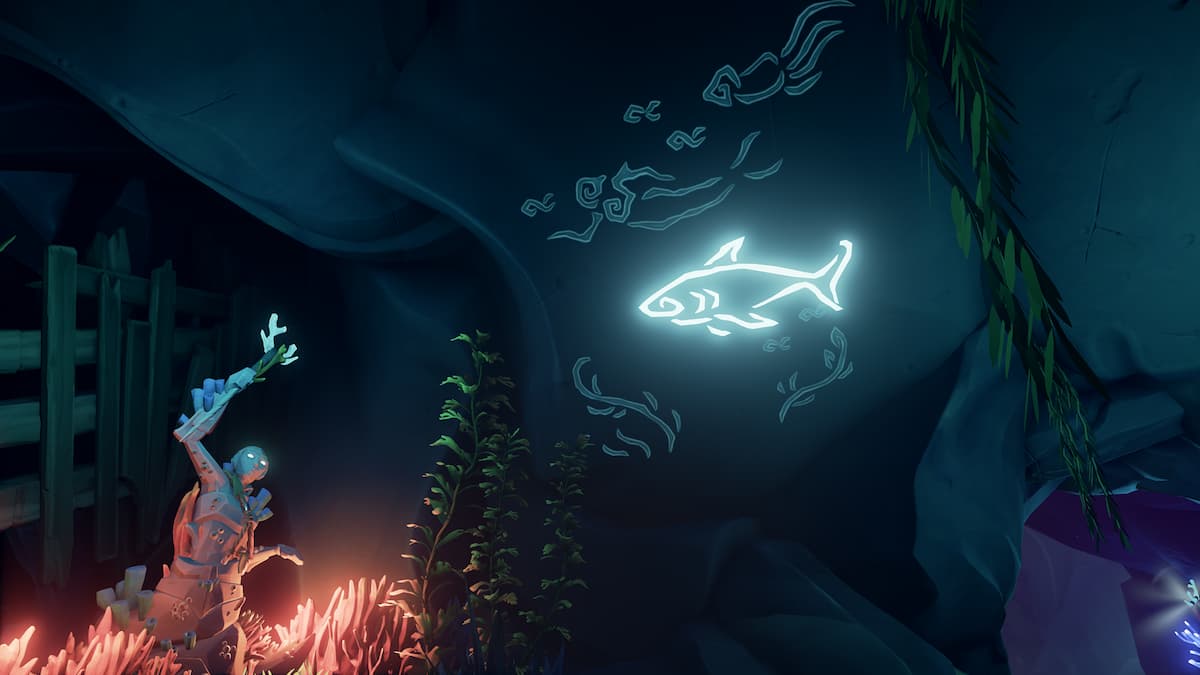 As you delve deeper into the Coral Fortress in the Dark Brethren Tall Tale of Sea of Thieves: A Pirate’s Life, you will have opportunities to unveil some Siren Murals. These five murals are spread throughout the level, and they will appear after you pull levers in a certain order. Finding all five Siren Murals will earn you The Siren’s Call commendation.

Captain Jack Sparrow at the beginning of your Coral Fortress infiltration will use a locket’s tune to open a large stone door. After you enter the next cavern, hug the left wall and you will notice a lever. There are two other levers in here, and you will want to pull them in a clockwise order. Afterward, turn around behind you and observe the mural up above.

After following Jack Sparrow down a stream of water, you’ll land in front of the Flying Dutchman, which is the flagship of Davy Jones. This time, hug the right wall as you swim, and the first lever you’ll notice will be the first you pull.

After pulling this lever, dive underneath or around to the right of the Flying Dutchman to find the second lever near the ship’s starboard side.

After this, keep swimming and hugging the wall in a counterclockwise direction until you reach the third and final lever. Turn around and look at the mural between the second and third levers.

Once you finish your first encounter with Sirens, raise the underwater shipwreck pieces by using your sword on the thinning ropes. Use the pieces of wood as platforms until you reach rocks and a waterfall. Look to your right and the first lever you must pull is behind that waterfall.

Then, go to your right and back into the water. There will be another waterfall; go through it and you will see the second lever on the right.

Next, turn around and swim underwater. The third lever is deep down, on a rock below some glowing blue coral. The mural will appear to your right after pulling the last lever.

After your second Siren statue puzzle will be a pathway that uses two masts as bridges. The first lever for this mural is near the base of the first mast to its right on the wall. It is dark and will blend with the scenery, but it’s rather pinkish. Pull it and cross the mast.

Cross the second mast and the second lever will be on the wall ahead.

Once you raise the water through a Siren puzzle, swim up, and once you surface, look at the back right. There will be glowing pink coral, and to the left of that is the first lever.

Next, run to the room with the two pieces of a mast. Run over and jump to the mast on the other side of the room, and high up to the right of the mast is the next lever.

Finally, go underwater in the mast room and look for the last lever underwater to the southwest. Resurface to find the last mural up on the rocks.