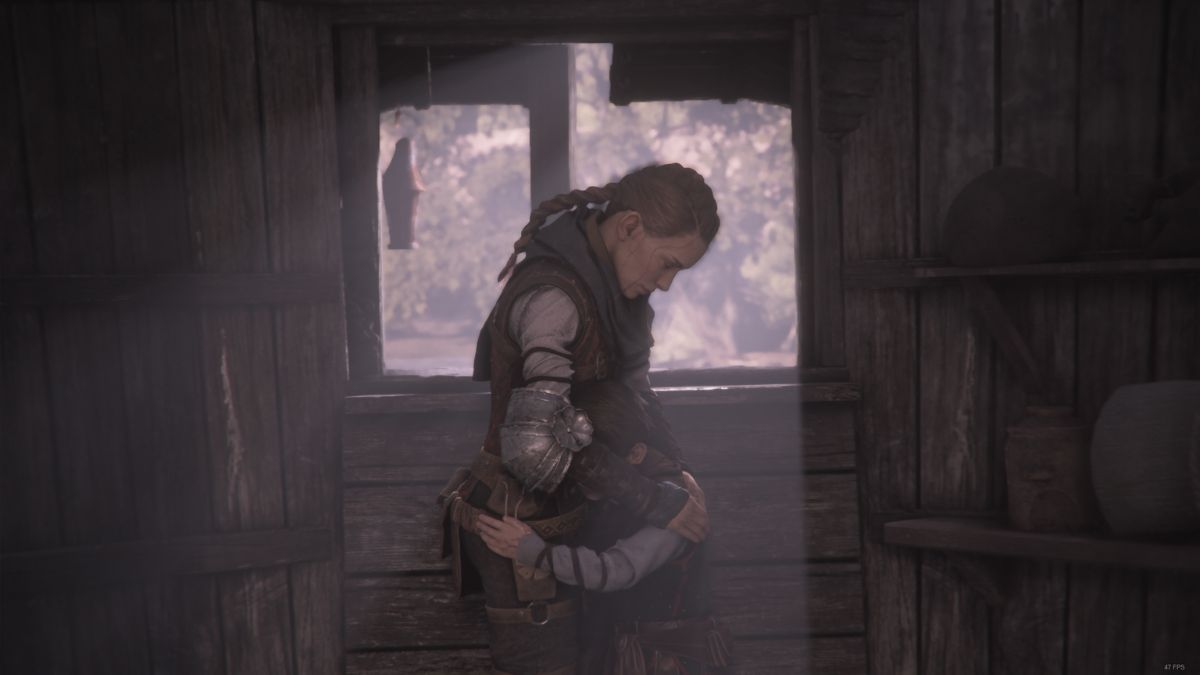 It should come as no surprise to learn that A Plague Tale: Requiem comes with its fair share of collectibles that you can find throughout the different chapters. The game has two types of collectibles: Herbarium items and Souvenirs. Souvenirs come in many forms and aren’t actual items that you pick up. Instead, they are experiences. This guide will show you where you can find all the Souvenirs in Chapter 2 of A Plague Tale: Requiem.

There are only two Souvenirs in the second chapter of the game. The first of these Souvenirs is called Best Player, and you get it by completing a pot tossing game. After starting chapter two, you will gain control of Amicia upon entering the red city. As you walk through the town with Hugo, you will come across a market. Go through the market until you find the stage where a firebreather is performing.

From the firebreather, turn right and follow the path down past the shops in between the buildings. At the end of the path, you will find a stand with a bunch of cups set up in different shapes. Your goal is to pick up four pots and knock over as many cups as possible. After the game is over, you will unlock the Souvenir.

Be at Peace Souvenir location

Talk to the woman, and she will call Amicia by the wrong name. Amicia will console the woman by being there for her final breaths. After the brief conversation, you will unlock the Souvenir.