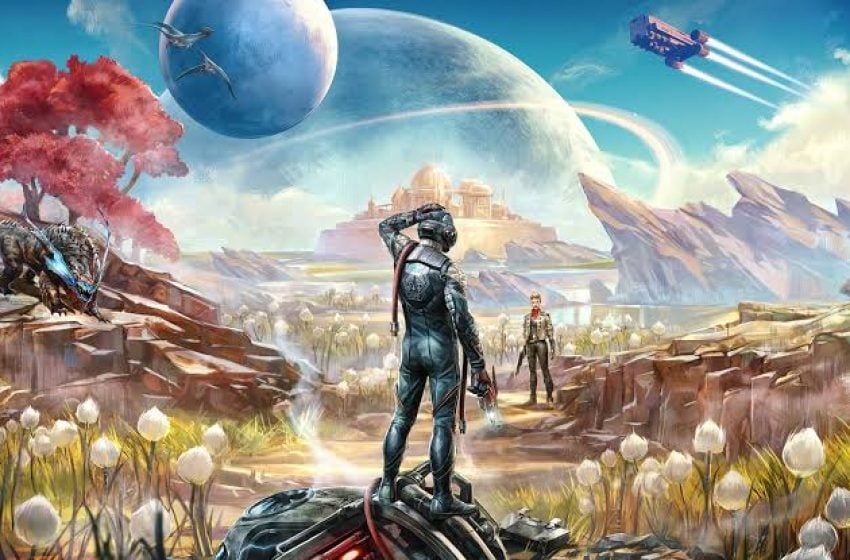 The culmination of your investigation into Spacer’s Choice and their disastrous attempts to make a new drug in The Outer Worlds Peril on Gorgon is that you will need to decide between helping Olivia or helping Minnie.

Olivia wants to destroy the drug forever, while Minnie is convinced that she can make it work this time, without the unfortunate side effect of turning people into murderous lunatics.

To help Olivia you need to make your way to Ambrose Manor, and destroy the Adrena-Time Synthesizer by activating the NDA protocol.

You will need to fight your way into the Manor, activate the elevator, then head down to Olivia’s Lab. Here, Minnie will be waiting with a small army of robots and test subjects. You have the option to talk to her one last time, but even being able to use every Persuade option will not convince Minnie to stand down, or work with her mother to cure the Marauders.

As such, it is time to take on Minnie and her minions, and it is quite the fight. When they are all dead, you can activate the NDA protocol, destroying the facility that made the drug.

Olivia will ask you to meet her at the Manor for a drink, and you will have the chance to ask her some questions. As it happens, Olivia was hardly a model citizen, despite regretting what happened with the drug she made. Olivia blames everyone around her for the drug’s failure and is still convinced she could have succeeded with the right support.

Despite all the monstrous things she has done since then, she is still convinced that she did the right thing at every step. She also doesn’t really care about how she treated her daughter like trash. She is, in every way, a terrible person. Before you leave, you can hit her up for payment, getting 5000 Bits.

To help Minnie, if you agree that she deserves a chance to make the drug without all the mistakes involved, you will need to restore power to the Synthesizer. This means fighting your way down to the Synthesizer through an army of Freebooters backed up by healing drones.

Just like Minnie, you will get a chance to talk to Olivia before activating the machine, but once again nothing you say will change her mind. She is as bullheaded as ever, refusing to back down, and eventually forcing you to kill her.

They are both just rotten people, apparently. The decision you make will pretty much bring you to the same place, with the same rewards, so you can decide what you do based on how you have played the game so far. If you put people before profit, you can help Olivia to save future suffering, even if she is an old cow. If all you care about is money, or truly feel Minnie might stand a chance where he mother failed, you can activate the Synthesizer.