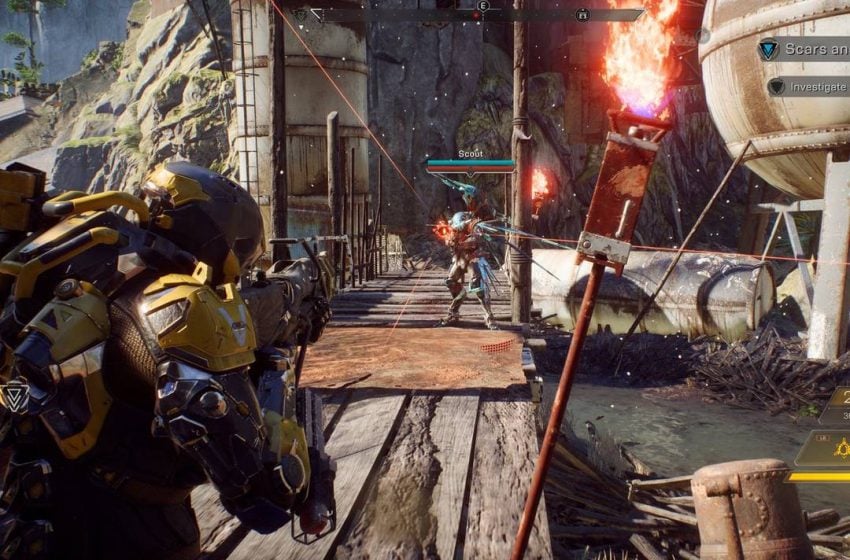 If you played Anthem’s open-beta, then you probably feel like you know everything about the game’s flight and swimming controls. However, before Anthem’s early access release, the control scheme was slightly changed based on player feedback.

Here’s how they both work right now, with the default settings. We’ve also included a breakdown on what the changes to the flight and swimming settings do in your options menu.

Flying a Javelin in Anthem takes a bit of practice. To begin flying, jump into the area and then hit the “sprint” button. You’ll start flying forward immediately. While you’re flying, you may run into instances where you need to dodge environmental dangers. To get out of the way, you’ll want to perform a barrel roll. To do this if you’re on a PC, you hit the “Left Ctrl” button while pushing either the “A” (left) or “D” (right) movement keys. You’ll do a barrel roll in the respective direction. Console players need to roll their left joystick and then press “B” for their barrel roll.

If you want to hover, hit the default “hover” key so you’ll stay in one place. You can move a short distance while in this mode, but it’s not far. Once you’re ready to start flying again, hit the “sprint” button.

Swimming works similarly to flying, but without too many additional controls. You can’t do a barrel while underwater or swim faster. You can only move as if you were flying, using your arrow controls to control the direction.

When you jump out of the water you immediately start flying, so you don’t need to hit the “sprint” or “jump” after you reach the surface. Your Javelin should start up immediately.

Here’s how you can change Anthem’s flying and swimming and sensitivity controls if you feel the default settings don’t quite line up with your playstyle. You can find these control settings under Keyboard + Mouse or Controller, based on how you’re playing Anthem.

Adjust these settings to change how much you move while in the respective mode, and you want to move from side to side. These settings function precisely like the aim sensitivity when you’re aiming down sights.

These settings control how strong of a response you need to give your joystick or mouse movement for the game to recognize them. For example, having a higher setting means it’ll take more movement for your inputs to register, whereas a lower setting makes it easier.

The Flight and Swim Precision settings fit with everything, so remember to keep everything close together and find what works for you.