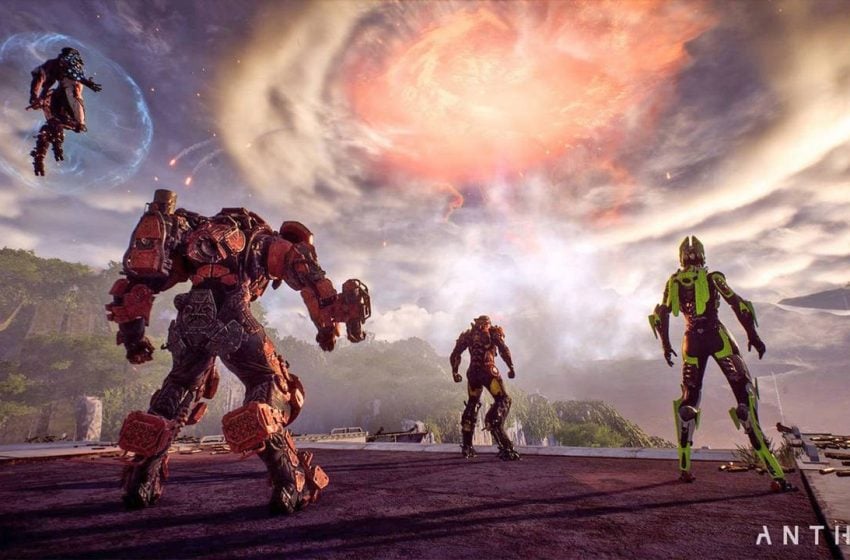 There are three factions in Anthem: Freelancers, Arcanists, and Sentinels. Each comes with a backstory, a range of characters, and unique personality quirks that make them stand out as a union. You’re going to steadily gain reputation with these factions as you progress through Anthem.

You have to progress through three stages of prestige with each faction, and completing those levels of fame earn you useful blueprints for your Javelin.

The Freelancers are those who venture out throughout Bastion, the planet in Anthem, who hold the line against the terrible creatures that roam beyond civilizations. They’re the first, and the last line, against the devastating cataclysms that manifest when the Anthem of Creation taps into a Shaper relic. These massive storms bring untold destruction and spawn terrible creatures that wander the world. Many consider them heroes.

At least, they did.

The beginning of Anthem throws the player into the Freelancer’s most humiliating moment: the Heart of Rage. There, many Freelancers died attempting to stop one of the most massive cataclysms on record. They failed. And ever since then, not many have thought much of the Freelancers. But our main character, who is a Freelancer, plans to change that.

Here are some ways you gain Freelancer reputation points:

Completing each tier of Freelancer reputation rewards you with a series of ammo blueprints for all of the guns in the game. They’re all the same for each reputation level. However, their rarity goes up. Tier 1 provides you with uncommon blueprints, tier 2 provides you with rare blueprints, and tier 3 gives you epic blueprints. You’ll also receive a special appearance inscription for your Javelin at each level.

These are the scholar of Anthem. Arcanists study the more delicate points of the world. Many of them go out of their way to, willing to risk a limb or three, to discover something new others had no idea existed, or had only heard about in tales. While some prefer to remain in a library or classroom studying, the more famous ones take to the wilds to deal with Shaper relics and investigate the Anthem of Creation. There’s a spiritual side to their learning, though. Many see it as a way to connect to the Anthem of Creation, as it built absolutely everything in their world.

The main one players deal with is Matthias Sumner who prefers action to receive the proper results.

Here are ways you can earn Arcanists reputation points:

They too provide unique sigil blueprints for each level of reputation you progress through. Much like the Freelancers reputation system, every new level opens up access to higher quality blueprints. You’ll also receive new materials to place on your Javelin’s appearance, but only for the last two, not the first level.

Here are the materials listed (each reputation level gives you three Javelin materials):

The protectors of the people. The guardians who stand atop the walls of all cities in the Kingdom of Bastion, who are an extension of the great Emperor. They are stoic and have steadfast loyalty to the people of every town that fly Bastion’s colors. While many of them seem like they have a stick too far up their ass, they mean well for the citizens who require their protection. Freelancers are the people’s heroes, though. And when the Freelancers fell from grace, the Sentinels remained stonewalled in their duty to ensure the people were safe.

The main Sentinel you speak with is Brin, a by-the-book officer who ensures she’s never a toe out of line. But she’s a scrapper in a fight.

Here are ways you improve relations with the Sentinels:

As you may have guessed, completing the Sentinel’s line of reputation rewards you with plenty of new blueprints, but of the components section of your Javelin. Completing each level nets you a higher rarity of the diagram. You also receive new Javelin materials to use in the appearance menu of the Forge, much like the Arcanist’s reputation line, but only for the second reputation level. Not the third.

Here are the materials listed (each reputation level gives you three Javelin materials): 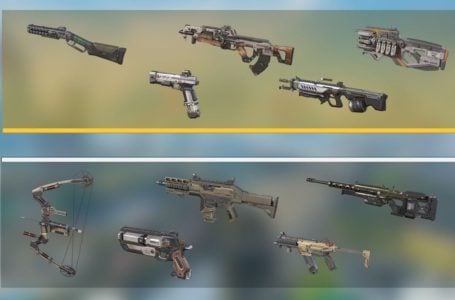