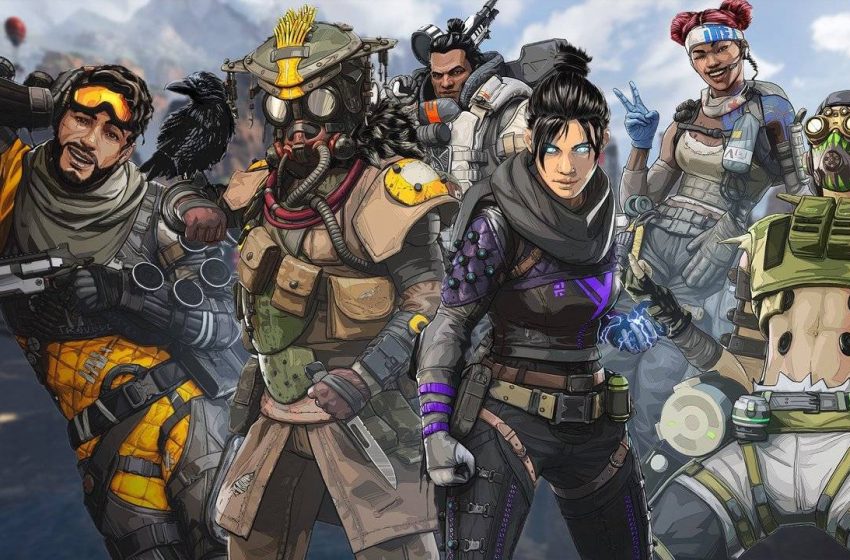 Apex Legends stands out from other battle royale games with its cast of characters. Each one is entirely different from the rest with their abilities to their written emotional state. That being said, it leaves room for some of the legends to stand out from the others. Here are the best Apex Legends characters separated by their tier of use.

Lifeline is a legend that has value in any player’s hands. Her ability throws out a drone that will heal the base health of anyone standing still next to it, and her ultimate calls down a care package that holds healing and defensive items. Just be sure to be mindful of your surroundings when you call it in. She also has multiple passives that come in handy. First, and most importantly, she can revive teammates faster than others with a protective shield, and her self-healing is faster than the rest without the help of a gold backpack. Her newest passive allows her to get even more loot from blue crates that now appear in the world.

Gibraltar is the closest thing to a tank character in Apex Legends. When aiming down the sights on your weapon, Gibby puts a shield in front of him that protects damage coming in front of him for 50 health points. He also has a deployable dome shield that covers a wide area, and no fire from you or enemies can penetrate the shield until it goes down. While the dome shield is up, any teammates inside can use healing items 25% faster, and Gibraltar can revive them more quickly as well. His passive ability Fortify reduces incoming damage by 15% and grants immunity from gunfire slowdown. His ultimate is like Bangalore’s as it calls in a bombardment of missiles. However, his bombs explode on contact with the ground, so they are useful in both offensive or defensive situations.

Pathfinder is the most mobile character in Apex Legends. His ability is a grappling hook that can be used to swing you around, and his ultimate deploys a zipline that lets you and your teammates reach virtually any area of the map you are playing on. His passive ability allows him to scan the map whenever he enters a survey beacon, pinpointing where the next circle will be for your team, making survival that much easier since you can set your team up in an advantageous spot before the enemy can.

Bloodhound is a character built on the idea of hunting people down. His ability puts out a scan of the area that will show you and your teammates any enemies, even if they are standing behind walls. There is a downside to the scan, however. Any enemies that are scanned are alerted of your presence and ready for you as you are of them. Bloodhound has one of the more lethal ultimates in the game. Activating it will turn the world black and white and highlight enemies in red while making their footprints more visible to you for its duration and increasing your speed. Any enemies you down while the ultimate is active extends the countdown timer on it, so if you are hitting shots, there is a good chance to keep it going for a while.

Octane is a speedy thrill seeker. His stim ability sacrifices a small portion of health for a temporary speed boost that makes him the legend who can cover the most ground quickly. Combine his speed with his jump pad ultimate, and you can access many areas much quicker than others. He also has a passive that slowly heals himself to make up for the stim ability, but it is only useful in situations outside of a battle and when your team is low on healing supplies.

Wattson is the most defensive-minded character in Apex Legends. She can put up electric fences that will alert you of any enemies walking through them while also damaging and slowing them. Her ultimate is a pylon that destroys any projectiles thrown your way (which also includes air strike ultimates) while slowly regenerating teammates shields. She is excellent for holding a building down, but what keeps her from being higher on the list is the reliance on your teammates being patient and staying with you wherever you are camped out.

Wraith is an interesting legend in that she is very useful for the pros, but for everyone else is a so-so character. Her passive alerts you whenever someone is aiming at you, which is very useful for avoiding snipers, but her teleporter ultimate can be good and bad. When you set the first entry point for it, your teammates will need to wait for you to finish it off before using it, which could leave them out in the open for a long time. The teleporter is a speedy means of movement through an area, but enemies can use it too, so watch your back with it. She has the smallest hitbox in the game, which, combined with her phase out ability, makes her the hardest character to hit in a fast-moving gunfight.

Crypto is another tracking legend, but he relies on his drone to be useful. While piloting your drone, you can reveal enemies to your teammates, but during this, you will be a sitting duck for anyone who approaches you. His ultimate lets his drone pull off an EMP that slows, stuns, and destroys the shields of enemies in its range. Formerly, this would also slow your teammates, but now its much easier for them to carry out follow up attacks. His drone can also pick up teammate banners from their death boxes, be careful not to be shot down while trying to get to them. He is better than he was when he launched, but still not necessarily a great choice.

Rampart loves her mounted machine gun Sheila, giving her some very heavy firing power in any area she wants to fortify. She can place multiple amped shields around her that let you and teammates fire through while blocking enemy fire, but they are easily shot down. Bunkering yourself down can give you the firepower advantage, but Sheila can give your position away to any surrounding enemies and leaves you open to easily being flanked or blown up with grenades.

While Loba gives a lot of early game utility, the longer the game goes on, the more value she loses for her team. Loba is built around the idea of getting your team loot quickly. She can view purple ranked gear and above through walls, so when you first land, she can point out the best attachments and other loot quickly. Her fast charging black market ultimate lets each person who uses it pick two items from the surrounding area to immediately add to their inventory, but be sure to close it once you are done, or enemies can use it. She can also teleport to any location she can throw her bracelet to, giving her a very useful means of transportation, but as your team becomes more kitted up, she does not add much to the fight.

Bangalore is a great start-up character to use for new players to Apex, but you will quickly see her flaws after a few matches. She is good for getting out of firefights by using her smoke grenades and double-time passive, but neither of those help take down your assailants. Her ultimate is similar to Gibraltar’s in that an airstrike brings down some heavy missiles, but once they hit the ground, they hesitate to explode and do less damage.

Mirage is a legend built on the idea of tricking enemies into shooting the holographic images of him. His ability has him cast out one of them, which will run for a while before stopping and standing still. This can be useful for drawing attention away from you, but at this point, everyone knows when it’s a hologram running and not the real thing. His ultimate calls in a group of these images in a circle and make him go invisible for some time. While this is very useful for getting the flank on a team, you cannot attack until you are visible again, and people will know to be on the lookout for you if they see a group of Mirages in a small area. His passive is also the least useful in the game, turning him invisible for a short time when he is down, which gives him only a slightly better chance of surviving.

Caustic is entirely obsessed with the poisonous gases he emits with his traps and ultimate. He can throw out tons of traps during a match that will damage and disorientate enemies, but unfortunately, they affect your teammates and make them much more of a hindrance than a welcomed trap. They are also quickly dispatched by shooting a specific section of the trap, making them completely useless. His ultimate is more of the same with his traps. The gas effects enemies that are not playing Caustic as well as your teammates. Combine this with the considerable hitbox he has, and he remains one of the worst picks in Apex Legends.

Revenant is an intimidating figure and should be a much better legend than he is. On the positive side, he can crouch walk faster, climb higher than others, and prevent enemies from using their abilities. However, the radius on that silence ability is tiny and difficult to hit multiple enemies with. His ultimate put up a totem that can save you and your teammates from going down, but while it is active, your shield doesn’t protect you. When your health goes down, you are teleported back to the totem with your shield and one health point. This doesn’t aid your team in a gunfight really, instead only making it easier to lose the same fight twice.