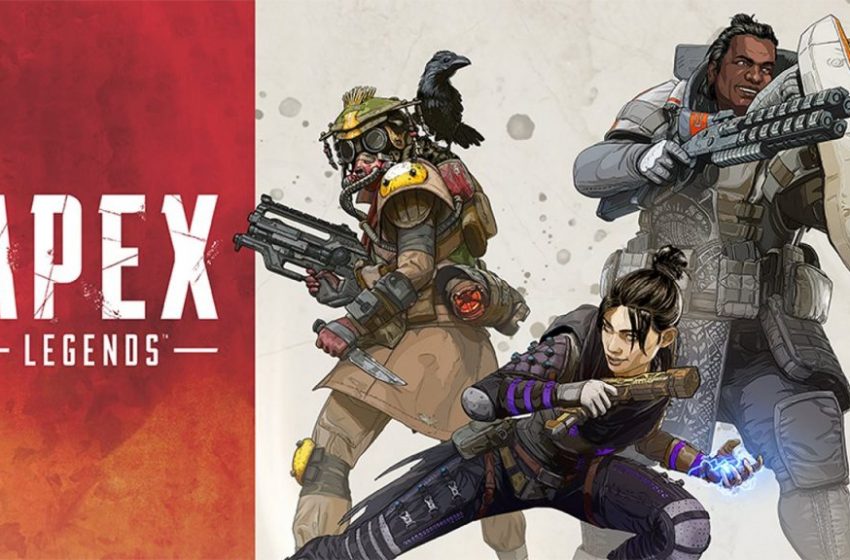 Apex Legends continues to prove its a standout release as fans jump in to see if they have what it takes to survive in this squad-based battle royale title and become the next champion. Respawn has already shared their plans for the first year, and this means we should expect a battle pass to roll out sometime in early March. There are only eight characters to choose from, as of this writing,

However, some of those characters require players to go above and beyond to become a standout team member. One of the more unique characters is Wraith, the Interdimensional Skirmisher with an edgy attitude. Though she has an unknown past, how to play her doesn’t have to be a mystery. This guide details critical details on how to optimize her in every squad.

Listen to the Voice

When first considering if you should play Wraith, her passive sticks out the most. Her passive, called Voices from the Void, is intended to serve as her twist on spidey-sense. Whenever she’s in danger, or there are enemies nearby, Wraith will begin to hear a vague voice hinting to this.

The unfortunate thing about this passive is that it won’t hold your hand. You can easily miss your passive calling out to Wraith if you’re talking with your friends or busy scanning the horizon for any foes. If you keep your volume up on high and listen to Wraith’s reaction when it happens, you can use it to your advantage.

To optimally use it, whenever the voice calls out to you about enemies start pinging the enemy icon. Though you and your allies won’t know your foes’ location, it’s better to remain on high-alert and vigilant.

Jumping Into The Void

Wraith’s tactical ability, Into The Void, allows her to dive into an interdimensional plain where she can travel short distances, and she avoids damage. While in this state enemies cannot see Wraith, however, they can see a small, wispy-like trail of the path she’s on. A foe following this trail can find her as soon as she pops out of it.

When Wraith uses Into The Void, she cannot interact with the battlefield. She can’t pick up weapons, ally banners, open doors, or see enemies and allies.

How does an effective Wraith player use this ability to their advantage?

To optimize this tactical ability, find ways to flank enemies or use it as a retreating method. Despite enemies being able to see the small trail Wraith leaves behind, she can still use it to cross an intense fire-fight to find a better spot for cover. She can use pick up an ally banner after they’ve fallen and then use Into The Void to run away, increasing the likelihood of getting away to spawn a friend back into the game.

It’s important to know that while in this state Wraith still has a falling animation. For example, if you use Into The Void in the middle of a fall, she’s going to react when she’s into the ground. She buffers for a few seconds and recovers, which means you waste your ability for a few seconds and don’t move. It’s better to use it to run straight across the battlefield rather than doing any fancy movement.

Wraith can climb over walls with this ability, however.

Are you and your allies stuck between a rock and a barrage of enemy gunfire? With this ability, you’re going to become your team’s good luck charm.

Wraith’s Dimensional Rift ultimate has her laying down a portal as soon as it activates. After that, you have a limited time to run away to lay down another. These two connect and your teammates, along with any enemies, can use either portal to travel to the other. When you’re placing the second portal, you cannot do anything until it goes down. The ability lasts for 60 seconds.

One of the best ways you can make use of this ability is granting your allies a quick exit from a losing fight. Though, you’re going to have to rely on your team to lay down covering fire as you lay down your second rift. Moreover, yes, your enemies can follow you through it. However, more likely than not they’re going to cautious to approach your position once you’ve left. Their caution should buy you enough time.

If you’re lucky during a firefight, you can also use this as a flanking method for your entire squad to drop in on a well-positioned enemy.

A great thing to remember is any downed ally crawling on the ground can travel through the void. Use this ability to turn Wraith into the ideal support unit as a way to regroup your entire team if you need to make a hasty retreat. If a downed ally travels through, you can revive them a safe distance away and give them time to recover to their full strength.

Wraith is an agile character on the battlefield. If she flanks an enemy quickly enough, she can take them out without anyone knowing she’s infiltrated their position. Because of her need for speed, giving her a sniper rifle may not serve you the best in close-quarters.

You’re going to want to stick to grabbing a shotgun and having an assault rifle or submachine gun as your secondary weapon. These choices give Wraith the opportunity to down a couple of foes while her allies distract them. She’ll be able to use her abilities frequently and jump confidently into a building, prepared for a fight.

If you’d like to give the enemy squad a real scare, equip Wraith with as many ordinance weapons as she can carry. This way, when she flanks an enemy squad, she can throw them all over the place. They’re likely going to scatter giving your squadmates the perfect opening to lay them all down.

The choices are limited right now, but the right squadmate pairing can make Wraith a force to reckon with on the battlefield.

An excellent squadmate is Gibraltar. This big tank can lay down a supportive defensive bubble around Wraith’s Dimensional Rift, making it even easier for teammates to run through, or arrive, through the portals. He can also throw down his defensive bombardment after leaving the rift so enemies will think twice about following your team.

Another great choice is Bangalore. This toughened soldier can lay down some great smoke bombs, and if Wraith jumps into these, she can use her Into The Void ability to slip through unnoticed. While watchful enemies might catch Wraith’s wisp, it’s unlikely in the chaos, and she can surprise the entire squad with shot after shot of close-range shotgun shells.

The final choice to optimally pair with Wraith is Caustic. Unfortunately, this pairing takes a great deal of communication. For example, if Wraith can lay her Dimensional Void down right next to an enemy squad, Caustic can jump through and throw his ultimate down, the Nox Gas Grenade. Not only will the enemy get forced out of position, but they’re also going to find themselves under heavy fire from the two of you. Also, if Caustic placed traps nearby to enclose around the enemy’s position, anyone who walks through it will continue to endure the toxic effects.

These tips should turn up your Wraith gameplay, propelling you and your squadmates to the top and making you a standout Wraith player in every game!