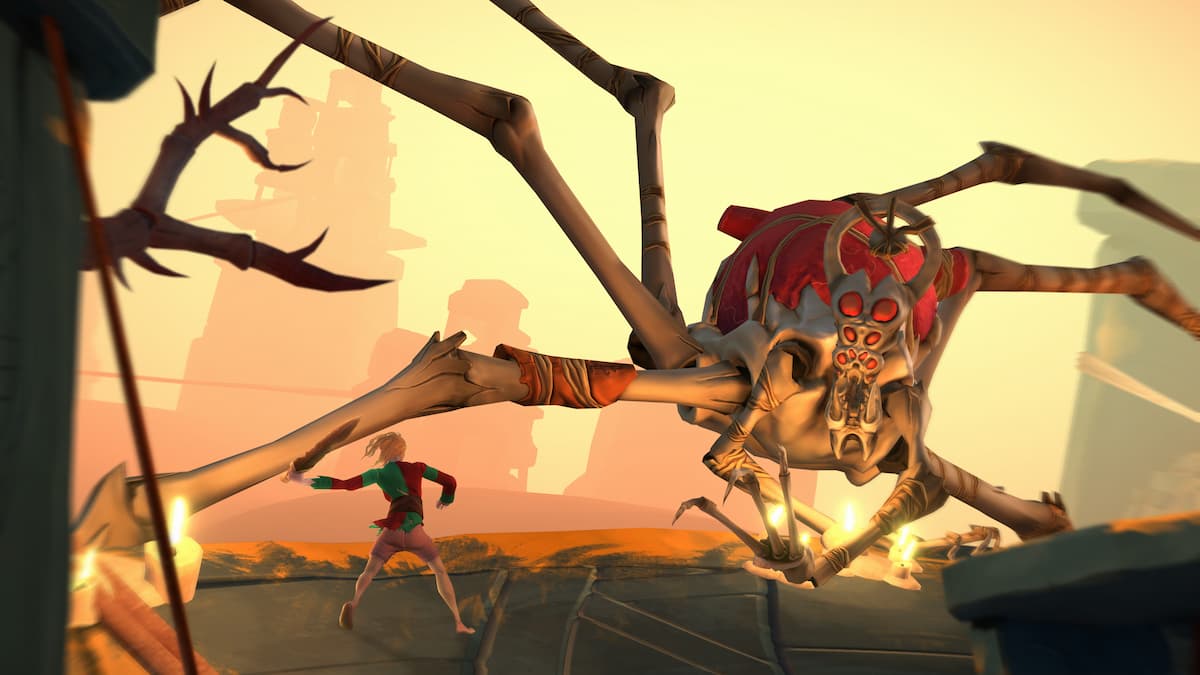 There are multiple gods that you need to face in Gods Will Fall. Each of these gods is hidden away in a dungeon, and your chosen warrior must fight their way through that dungeon to claim victory. Gods Will Fall is not a long game, but it’s certainly fun and has plenty of replayability. Each time you start the game, the maps for the dungeons remain the same. But do the gods vary for each playthrough, and will they have different health and strength?

For every playthrough you go through in Gods Will Fall, each god will be slightly different. They will have the same fighting style and technique each time, but their health and strength will vary. For example, for our very first playthrough, we battled against Carnoccus. This god only had one bar of health, and we were able to defeat it with our starting characters. When we started a new playthrough, we decided to follow the same god path we did last time, and Carnoccus was at the top of our list. When we entered their dungeon, Carnoccus had two health bars, and Its vassals protecting the dungeon were significantly stronger, making it for a difficult inaugural battle for our starting heroes.

We weren’t able to tell the best route to go with our playthrough, so there’s no real method to detail where to start every game. You’ll want to figure out what gods you understand how to fight, what minions you can reliably battle, and figure out what warrior’s weapons work well against each one. Luckily, we took a spear hero up against Carnoccus, and even though it was vastly stronger than we initially thought, our knowledge of how to battle against it prevailed, and we were able to recover.