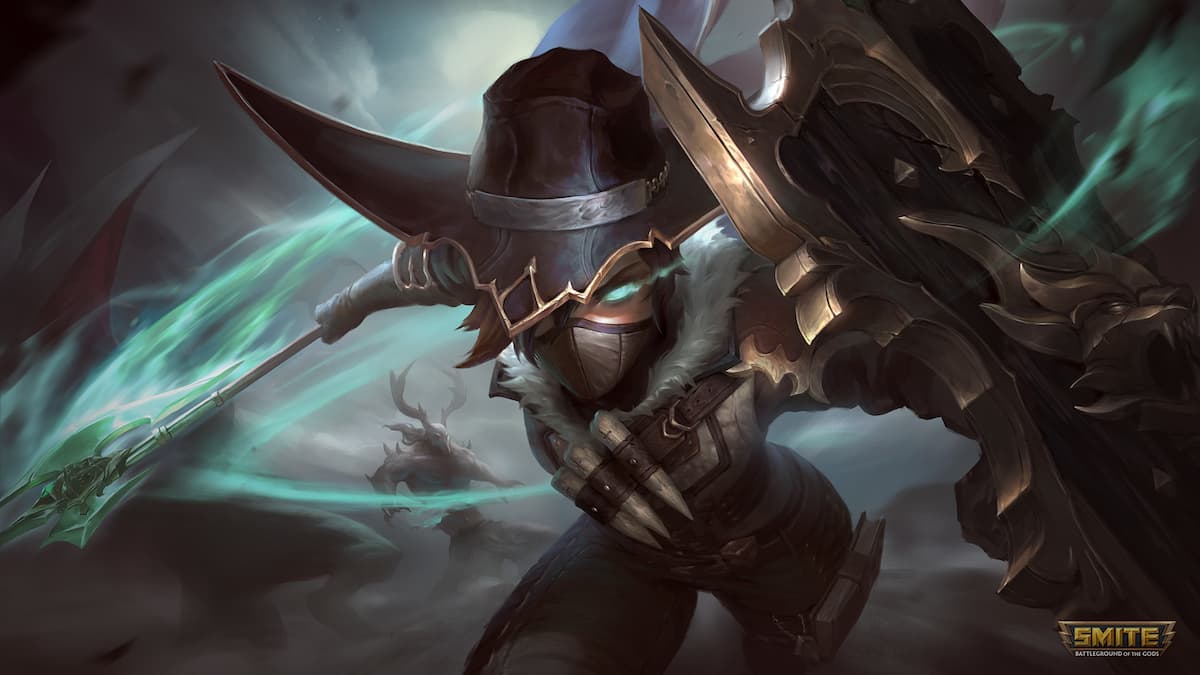 Athena is one of the tougher gods to play in Smite. She’s a guardian, and you’ll typically find her in the support role, assisting the carry player to level up during the first portion of the game, she’ll then start rotating and provide assistance to any player on her team in the jungle, or their lane. A handful of players enjoy experimenting with her by playing her in the jungle role, but for this focus, we’re going to focus on her as the support role. What are some of the best ways to build her in Season 8?

With Athena in the support role, you want to pick relics that assist your allies as much as possible. A good first choice to give your carry role some additional support early on is meditation cloak or magic shell. More players prefer to go with magic shell, but meditation cloak is also a good option, primarily because if you succeed in your lane, your lane partner and you can receive a decent burst of health and mana. Magic shell will also be a powerful defensive item, and it can protect you from the worst ganks from a dangerous jungle player.

After you’ve purchased that, your second relic will depend on how the game has been going. If your team continues to need more help, the belt of frenzy is a good item to give them a burst of attack speed and damage during a team fight. You can also grab heavenly wings if your teammates have trouble escaping a situation or need to chase down enemies. An excellent option to consider if the enemy team has an overwhelming amount of lifesteal is to grab cursed ankh. You can seldom go wrong with this item, and you or the solo lane player needs to have it if the enemy team is healing a lot during fights.

Gods in the support role have three primary starting item options, much like the other roles. But they won’t be able to break away from their set choices unless you want to take a big chance. For Athena, you’re better off leaning into her defensive tactics and picking from the primary three: Sentinel’s gift, war flag, or benevolence. Of the three, sentinel’s gift is the safer choice as you’ll probably want to buy into sentinel’s embrace upgrade.

If you want to be a bit more aggressive with Athena, war flag is a good choice. You’ll be able to increase your carry’s attack speed whenever you gain an assist, and then you can purchase into war banner if you want to provide more attack speed or spartan flag if you have Athena acting as the spear of your team’s aggression.

When building Athena, her core items will lean into turning her into a mobile tank that can soak up damage and keep enemies focused on her. She wants to dive in, use her taunt, and charge at the enemy. The more she’s able to use her taunt to focus a small group of enemies on her, the more often her allies can take advantage of it and jump into the fray. What’s more, if Athena can force an opponent to use their purification beads on her, instead of an ally with an even more powerful attack, that’s a huge win. Cooldown reduction is a must for her. Here’s an ideal build for Athena.

You won’t always build an exact replica of these items in a game, but it gives you can idea of how you want to approach Athena. If you find yourself dealing with an aggressive jungle player, here’s what you can also purchase.

There’s always the off chance that you have to deal with an enemy carry player who decided to pick a mage instead of a hunter. If that happens, you’ll probably want to go with more magical protection.

A big worry most teams have is dealing with gods who have a large amount of lifesteal or healing. When that happens, you, and your solo lane player, will want to make sure you purchase anti-healing items to make it easier for your damage dealers to break through it.

We only recommend divine ruin if you plan to be more aggressive with Athena. You’ll have to hit the most troublesome gods with your abilities to active it, which can be a bit more difficult than pestilence or contagion, which have aura effects.