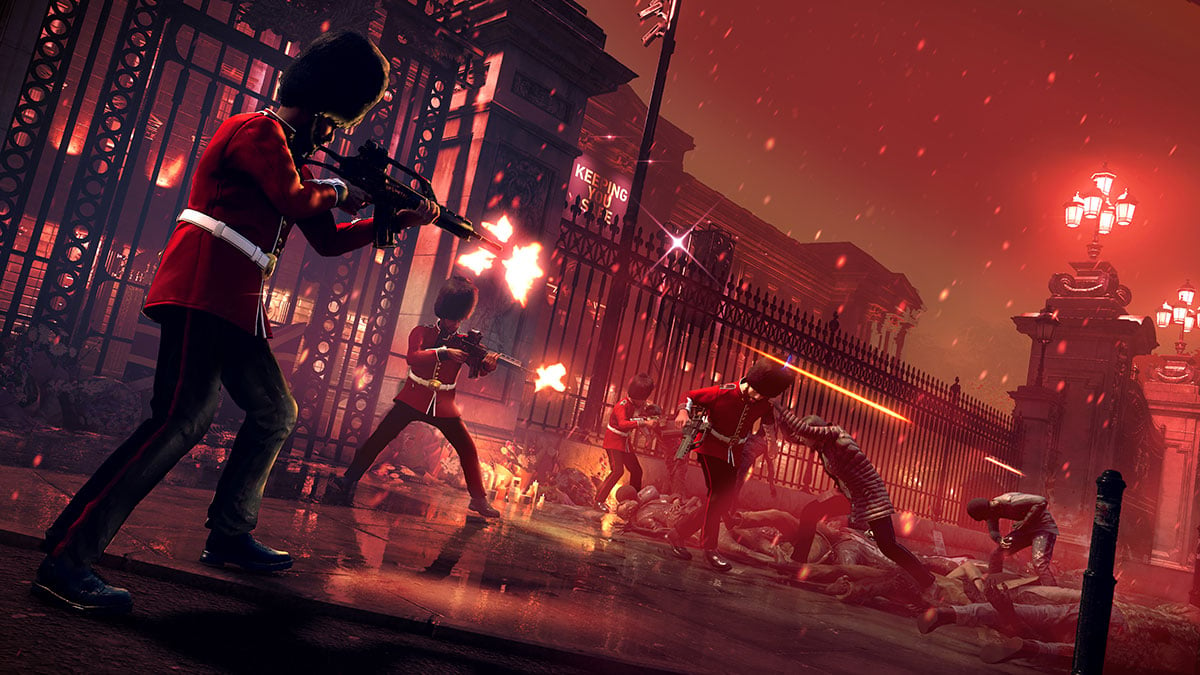 Watch Dogs: Legion of the Dead is a brutal roguelike mode in which you and up to three other players must battle your way out of a zombie-infested version of London. This game mode is so drastically different from the base game that it can be difficult to get your head around. That’s why we’ve put together this beginner’s guide of tips and tricks for your first few runs. Use these, and you’ll earn yourself enough Z-Creds to give yourself a chance at gathering more supplies in future runs.

This is probably the most important tip. The longer you’re running around London, the more zombies will start to appear on the streets. At the start of your run, it might look like there aren’t that many, and they’re easy to avoid. However, when you need to get to the extraction point with your supplies, the streets are packed with the undead. So save your powerups for this final segment of the run because there are often so many undead that you can’t fight them all on your own.

Always take the time to revive

Unless a player loses connection, the run will end if any living player dies. It’s easier if you’re in a run by yourself, but the game features automatic matchmaking, so the chances are that you’ll have others with you. To a degree, this makes gathering enough supplies easier, but you also need to watch each other’s backs. If you see the revive prompt on-screen, run to your allies and pick them up before they’re gone. There’s nothing worse than losing a run because of something stupid like another player’s actions.

Climb anything to avoid the zombies

The zombies in Watch Dogs: Legion of the Dead will take you down in two hits. All it takes is for one zombie to slow you down and allow a horde to surround you for your run to end very quickly. However, zombies don’t know how to use their knees, so you can escape them by climbing any ledge or vaulting over barriers. Try to plot your path down roads or side streets to and from various barriers and objects that you can climb. It’ll help you reach points of safety if you are nicked by one of the undead and help you avoid taking any further damage.

Don’t get too close to screamers

As the run progresses and the timer counts down, you’ll start to see a new type of zombie appear. These are screamers, marked in orange with what looks like embers flying away around them. If you get too close to them, they’ll scream so loudly that your eardrums will burst. Worse than that, though, they attract every zombie for a country mile to your position. This is bad news for you since it’ll mean that your path forward will likely be blocked by a horde or two. Stay away from these zombies at all costs, even if you have to shoot them from afar before continuing.

You’re able to get vehicle powerups either at the start of a run or as you explore more of London. These are great because they protect you from zombies and allow you to cover a decent stretch of the city unscathed. However, in Watch Dogs: Legion of the Dead, cars break easily. You can drive through two or three hordes before the vehicle is destroyed, and you need to abandon it. Instead, try to avoid zombies as much as possible and drive as far as you can. Do this, and you’ll save yourself from getting into too many sticky situations.

Don’t walk or sneak anywhere. Just run. Zombies have one good burst of speed in them before they slow down and let you get away. If you’re always running, it’s going to be much harder for any zombie to get their undead fingers on you. It might make sense to sneak around cover early in your run, but as the zombie hordes grow, your only chance is to run.