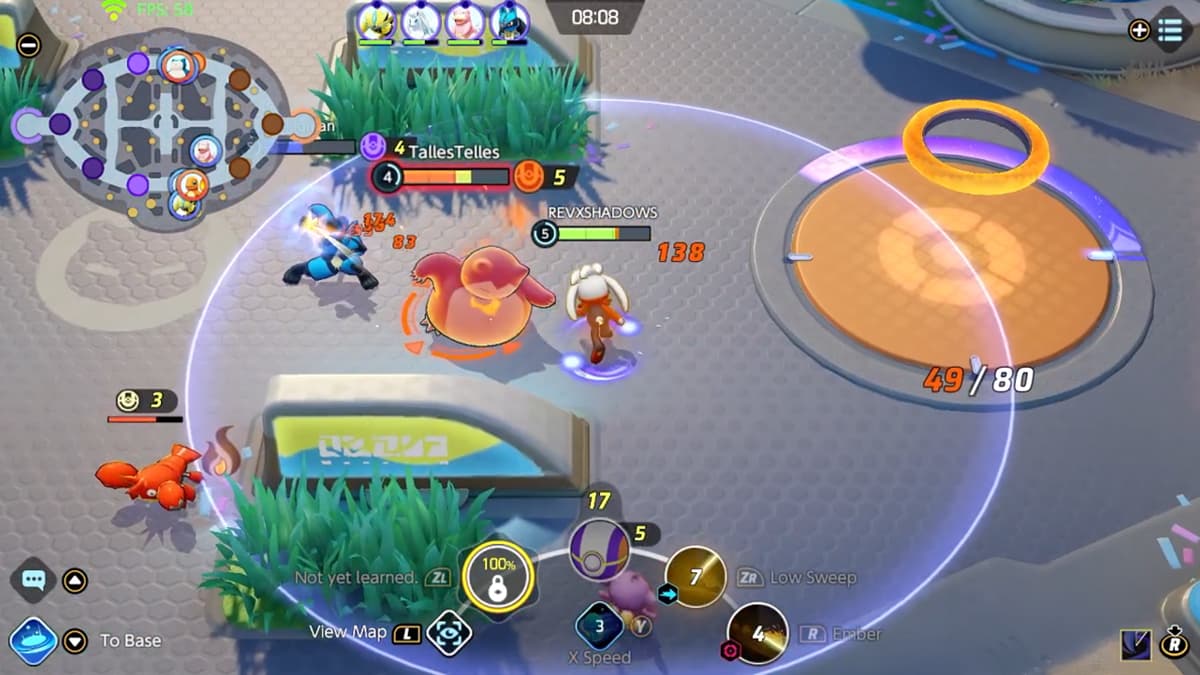 When choosing your playable character in any MOBA, you should consider their role. If you select a defensive-minded character, but you are an aggressive, attacking person, you will likely have issues when you go on the offensive. Pokémon Unite has the roles of its playable Pokémon easily defined for you to choose from on the selection screen.

At launch, there are six total attacker Pokémon available in Pokémon Unite. They are indicated by the red background on their card during the selection process. They are a group of Pokémon that tend to be more susceptible to attacks from opponents but can return the favor with powerful range damage. If you are looking to do as much damage as possible, here are the best attackers in Pokémon Unite.

Is it really surprising that the mascot for the Pokémon franchise is also one of the strongest playable characters in Pokémon Unite? Even with its two evolutionary forms not available, Pikachu has great special attacks that do damage in an area and can immobilize enemies for a short duration, making fleeing targets much easier to finish off or turn the tides of a battle in your favor. Pikachu also has a couple of added effects: it will stun all nearby Pokémon when it receives damage, and every third basic attack will deal extra damage and stun.

The fire starter for the Pokémon Sword and Shield games is one of the most advertised characters in Pokémon Unite alongside Pikachu. Cinderace starts the game as Scorbunny before evolving into Raboot, then its final form.

Cinderace has a lot of attacks that will deal fire damage over time to enemies and increase their own speed. They also tend to increase critical hit rate with their Blaze passive ability and increase damage on every third basic attack. Their Unite Move has a large area of effect that can deal high damage if it hits and boost your speed.

Alolan Nintetales has the highest Support rating in the offensive group with attacks that can stop enemies from attacking, put up ice walls to prevent them from running, slow enemies, and reduce the damage you and allies receive. It isn’t the highest damage attacker available, but you will cause quite a few headaches for opponents if used correctly.

Alolan Ninetales has a tendency to freeze their opponents for short periods of time and will deal extra damage during these moments. At the very least, it will slow enemies, making it much easier for you and a teammate to gang up on them.

Between Bulbasaur, Ivysaur, and Venusaur, you will find plenty of moves that will poison and slow enemies, do damage while healing yourself, and increase your speed. They also have a couple actions that will deal area of effect damage, and their Unite Move is excellent for slowing and finishing off enemies.

Every third attack that Venusaur has will pull enemies closer to it, and when it gets low on health, its damage will be increased, making it one of the stronger choices for drawn-out battles.

Froakie, Frogadier, and Greninja are the most popular starters from the Pokémon X and Y games. It has a couple of attacks that will restore slight health to yourself and some dedicated to tricking the opponent with either illusory images or a smokescreen. Its ultimate will slow enemies and knock them back, leaving them open for you to jump on them and finish them off.

When Greninja finds itself at less than half health, it will get increased attack and movement speed, and it deals more damage to lower health enemies. They are one of the more challenging characters to get significant usage out of, but once you nail down how to use them, they can be lethal for finishing off enemies.

Cramorant, like in Pokémon Sword and Shield, has a lot of attacks that will end in them catching a fish in their move and firing it at enemies for slightly more damage. Honestly, there is not much more to Cramorant than its reliance on catching food and using it as a defensive means. It has a couple of attacks that will have some crowd control effects, but the main focus here is basic, and there is not much to do with it.