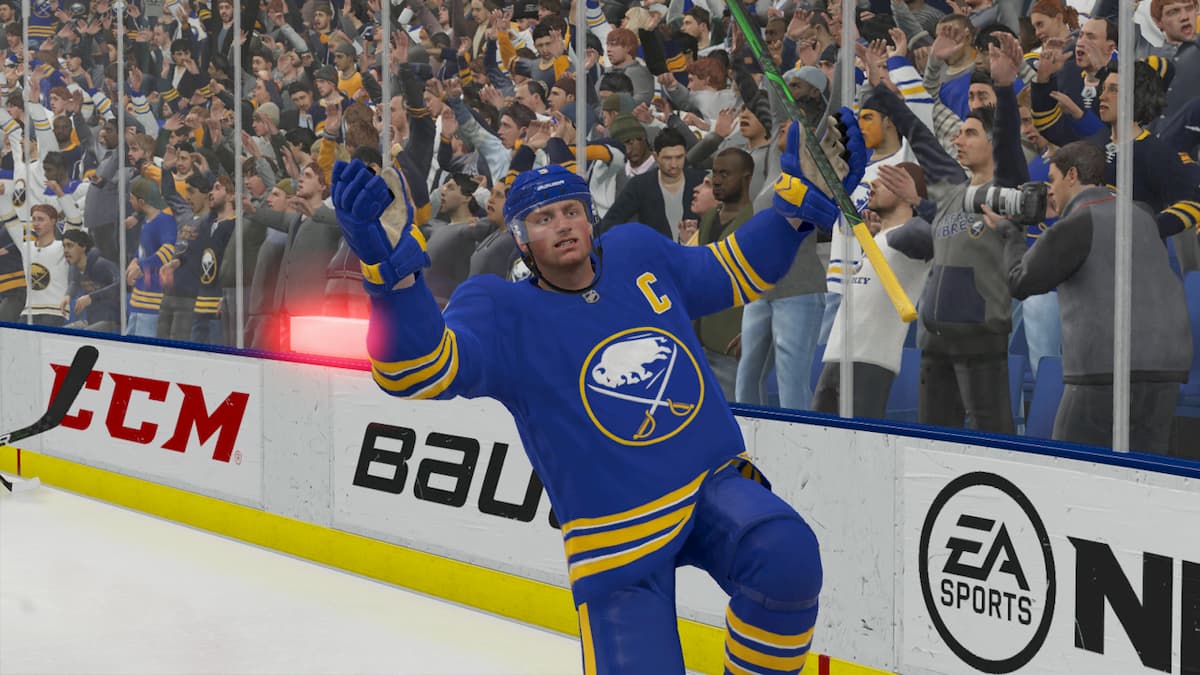 If you’re attempting to build a strong HUT team, start with finding some reliable centers. Not only do centers facilitate scoring chances, but they are also important for playing good defense and winning faceoffs. And yes, they can also put the puck past goalies to boot. But which centers should you go after in NHL 21? Let’s go over the best base centermen in this year’s game.

Oilers forward Connor McDavid can do it all on the ice. Not only can the former Hart Trophy winner score goals, but he can also break down opposing defenses and find teammates with relative ease, even with the smallest window. In NHL 21, you should be able to capture some of McDavid’s real-life magic virtually in Hockey Ultimate Team. McDavid has incredible skating attributes (92 Speed, 92 Acceleration), to go along with strong shooting and passing. McDavid is a bit weak in the faceoff dot, though, as he only has a 70 Faceoffs rating. That number can be raised, though, if you can activate either the Magician synergy (McDavid’s player synergy) or the Heart & Soul team synergy.

Three-time Stanley Cup champion Sidney Crosby can still be a game-breaking talent in the NHL, 15 years after his arrival to the league. So it’s no surprise he’s tied with McDavid for first in overall rating among centermen. While Crosby’s skating attributes aren’t as eye-popping as the ones Connor McDavid possesses, Crosby’s Speed (85) and Acceleration (85) are fine. Crosby’s base card is also incredibly well-balanced, as this 87 OVR item also has solid shooting, checking, and hands attributes.

If you’re looking for some goal scoring, 2020 Hart Trophy winner Leon Draisaitl is someone you want to consider. While Draisaitl doesn’t have the sexy skating attributes (83 Speed, 82 Acceleration) that other centers have, what the Oilers forward possesses is great shooting attributes. Combine those numbers with solid physical and passing attributes, and Draisaitl can be a valuable piece for your team.

If Leon Draisaitl’s Speed is a turnoff for you, then consider grabbing Penguins forward Evgeni Malkin. Malkin has a slightly higher Speed (85) attribute and better hands and shooting ratings. Yes, Malkin isn’t the best defensive centerman, nor is he a physical player. But, Malkin should slot in nicely as a #2 or a #3 centerman, even when upgraded cards that have higher overalls are released.

Avalanche forward Nathan MacKinnon might not have the Speed (88) that Connor McDavid has, nor does his base card possess outstanding shooting attributes. Still, MacKinnon can be a great addition, especially if you can’t afford a player like McDavid or Sidney Crosby. The 2020 Hart Trophy finalist possesses above-average skating and offensive attributes. MacKinnon, like some of the other card we’ve mentioned previously, does lack in the checking and defensive categories, but if you’re all about scoring, then this card should be on your list.