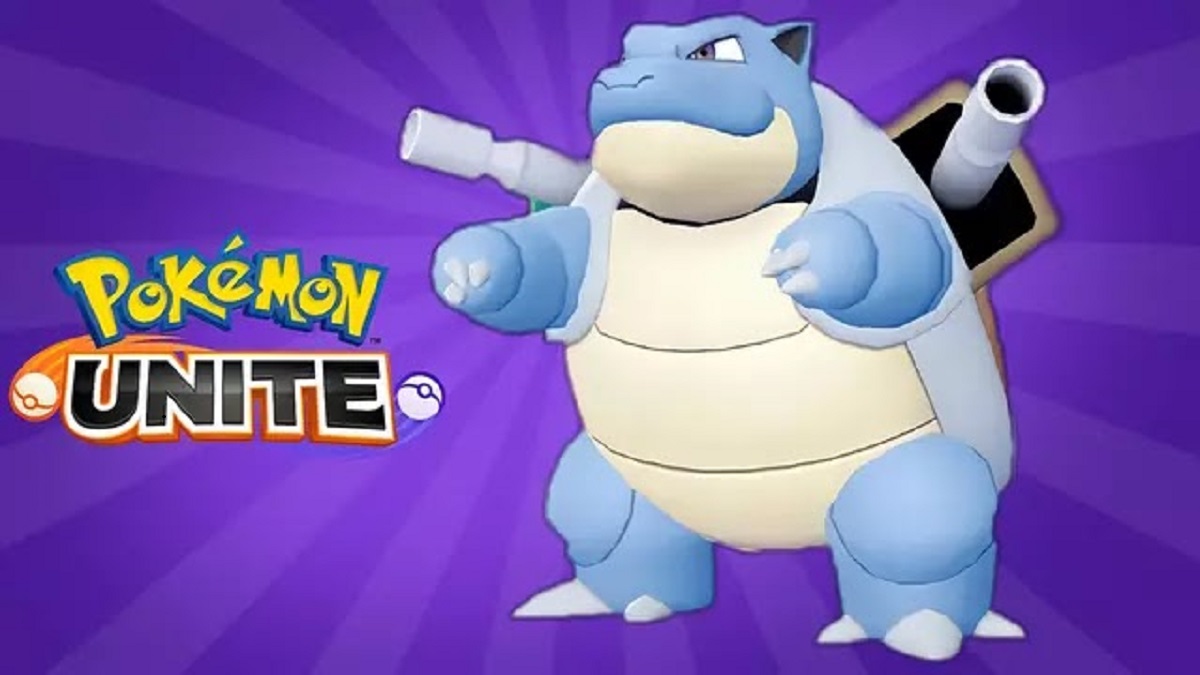 Fan-favorite Blastoise has made its way to Pokémon Unite Unite. It is a Ranged Defender Pokémon that offers a lot of flexibility. Although the Water-type is primarily a frontline Pokémon, it is capable of dishing out insane damage. Additionally, it also brings a lot of crowd control to the table.

As a Squirtle during at level 1, you have access to Water Gun or Skull Bash. Both the moves are incredibly potent and can be used for setting up teammates. Water Gun shoves opposing Pokémon and slows their moment speed for a brief moment, while using Skull Bash Squirtle rams itself into a Pokémon, leaving it unable to act.

A level 5 (1st evolution), you can upgrade Water Gun into Hydro Pump or Water Spout. Hydro Pump is very similar to Water Gun as it shoves Pokémon and deals damage. At the same time, Water Spout is a utility move that allows Wartortle to spout water towards the target (AoE), which decreases the movement speed and deals damage to opposing Pokémon.

At level 7 (final evolution), players can upgrade Skull Bash into Surf or Rapid Spin. Surf allows Blastoise to dash forward on a wave that stuns every target it hits. Furthermore, Blastoise cannot be crowd controlled when on the wave and can jump toward the targeted direction at the end.

On the other hand, Rapid Spin allows Blastoise to spin rapidly while continuously shooting water and damaging nearby enemies. The move also reduces incoming damage.

If you are looking to play Blastoise as a conventional defender, Surf would be a better choice. However, if you are aiming for a more disruptive build that also packs damage, roll with Rapid Spin.

Blastoise gets access to Hydro Typhoon (Unite move) at level 9. It is very similar to Rapid Spin, where Blastoise spins while shooting water. However, the damage is much greater here, and it also knocks back nearby Pokémon.

The Buddy Barrier, Score Shield, and Focus Band combination are among the best item sets to run on Blastoise. Buddy Barrier grants Blastoise and nearby allies a giant shield upon using the Unite move. Focus Band replenishes health over 3 seconds when Blastoise gets critically low. Finally, Score Shield grants a bonus shield to Blastoise when it attempts to score a goal, and it cannot be stopped while shielded.

Blastoise is versatile Pokémon and can run different builds. Players should try different item builds and move sets before finalizing their favorite.