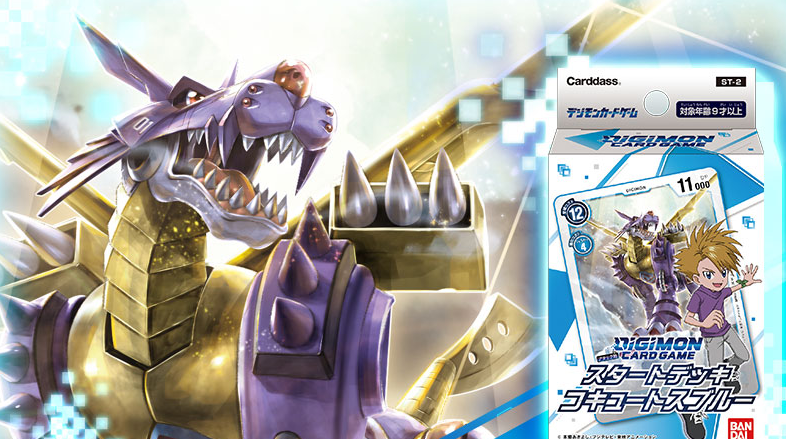 If you want to consistently win against your friends in the Digimon Card Game, or maybe even win a tournament, your best bet is to utilize a premade deck that’s already seen success. Blue decks can be daunting for many players, as they can be played in many different ways. But this guide will walk you through the best Blue Digimon Decks and what makes them so great.

This is a pure evolution deck that is great for anyone not interested in playing aggro. Early in the match, you can utilize your Upamon for consistent draws to get ahold of your evolution cards as soon as possible. Loaderliomon is your second key card in this deck. It’s an incredibly powerful level five-card that has a whopping 10000 power. The third powerful card from this deck is Metalgarurumon. You can use Metalgarurumon’s ability to summon a Garurumon that activates another Digimon on your board. This gives you excellent board control and a ton of ways to evolve.

Gomamon is the star card of this deck that will give you an abundance of Memory early in the game. You can use this extra Memory to pull out cards such as Ulforceveedramon to increase your Memory further. With your high Memory, you can throw out multiple Aeroveedramon to secure your victory.

Like the Evolution deck, this one relies on Upamon to get an early card advantage. Unlike that deck, however, Raw Power relies on raw damage with cards such as Wanyamon and Elecmon. If you can get your big damage cards out early, you can easily close the game off with your Grizzlymons and Plesiomon.