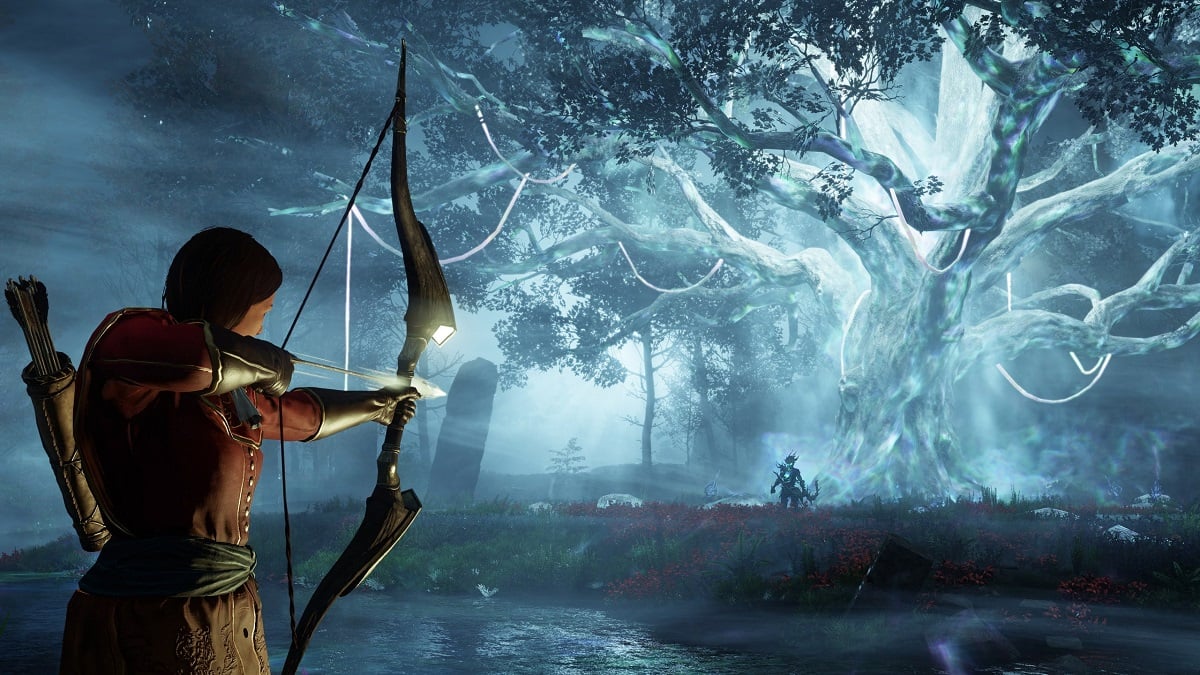 The Bow is one of the most popular weapons in Amazon Game Studios’ MMORPG New World. It is a versatile weapon viable in both the story quest and the PvP mode of the game. Furthermore, because the Bow is a ranged weapon, it is extremely safe to use. While there are several build paths available for the Bow, here is a comprehensive guide to the most widely used and best one.

In addition to being a ranged weapon, the Bow also brings a lot of utility to the table. It is capable of dishing out AoE damage and is suitable for clearing a hoard of creatures in a short burst. The weapon scales solely of Dexterity and has two Skill Trees: Skirmisher and Hunter.

Recommended passive abilities: Catch Me If You Can, Evasive Tactics, Closing In, Archeer’s Speed, and Battle Precision.

Hunter skill tree is responsible for boosting the flat damage of the Bow. It consists of the following skills:

The build mentioned above will provide the highest possible damage with the Bow in New World. Although it’s geared towards the PvP mode, it can also effectively work in story quests and expeditions.