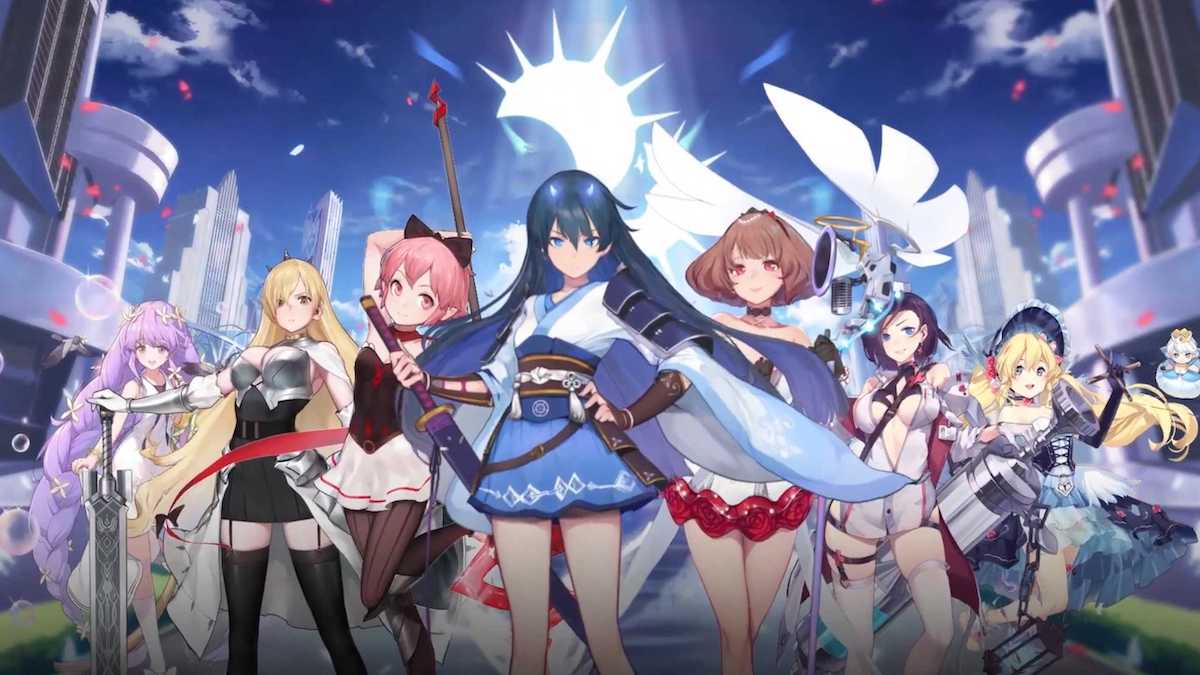 Gacha games are always packed full of different characters that you will have to pick and choose from to fill out your roster. Illusion Connect does just that, with over 50 characters, or Radiants, for you to choose from that you will then socialize together to take on your Nightmares.

With so many Radiants to choose from, you’re going to want to know which ones should be the front-runners to make your squad. We have our list of the best characters in the game right here. These characters are the ones that, if you unlock them, are a must-have on your roster.

Anna earns a spot on this list for her healing abilities, which are among the best in the game. Her healing can either be a very powerful AoE ability, or she can also focus on a single-target to heal. Add in her full roster of other abilities that can dish out some good damage while still keeping her allies alive, and Anna is a shoo-in for your team.

Kasumi is a monster when it comes to dealing out damage to enemies, especially with single-target attacks that can easily take out tanks and leaders on the opposing squad.

Her basic attack, Clash, does 105% of damage, and it comes with a 15% chance to use Omen and deal 162% of attack as damage. Finally, her unique skill of Deadly Curse will cause her to lose 40% of her health, but it will deal damage worth 256% of attack damage and up her critical chance by 60%.

Kiraya is a fantastic tank to have in your team to protect allies. She also deals out the damage needed to take down your enemies when you combine her with Light and Healing class teammates.

Her abilities will grant a solid shield to her allies when she is summoned, and that can be boosted with those Light and Healing class units as well. Then, while she is protecting others, use her special ability Fury to deal 162% attack as damage.

While Maki is able to deal some significant damage to single targets, her best use is when you employ her passive ability Reformer.

Many players view Miyuki as the absolute best character in the entire game, and for very good reason. She is capable of dishing out some insane AoE damage while also wiping out the Rage of enemy units in the process.

With her basic attack, you can do 105% damage to a single enemy while her special attack will do 120% damage to a column of enemies. This is all added to her passive, which will cause any of her attacks to reduce enemy Rage by 330.

Phoebe is a light class that is very difficult to kill thanks to her Rebirth ability, and she also comes with her own decent attacks to dish out damage when she needs to.

Rebirth is an ability that, when she is killed, allows her to be revived with 110% attack, 100% defense, 50% health, and 500 Rage. It can only be used once per battle, but that one time is enough of a benefit to make Phoebe an absolute must if you have her.

Rotania is an excellent sorcerer class that can bring some incredible AoE damage to the battlefield while also bringing the damage of her allies to higher numbers.

You can use abilities like Ultimate Reversal or Energy Impact to take out entire columns or groups of enemies, or you can do further damage to summon enemies. If you want a Radiant that can do some decent crowd control and keep swarms of enemies in line, then Rotania is a great choice for you.

Selena can hold her own in terms of damage she can deal to enemies, but it’s her ability to support the leader of your team given her limited immunity to fatal damage that makes her viable.

Selena comes with the Divine Judgment ability, which allows her to do 400% damage to enemies, but its real benefit comes from using 35% of that damage to heal your leader. Furthermore, if your line-up energy is 14 or less, then each ally you deploy will grant the leader a shield equal to Selena’s HP.

While Vivian can certainly bring a lot of pain to the battlefield, she is also able to help reduce the cost of summoning in a battle. This can be an absolute game-changer to any combat situation.

Using an ability like Celestial Lore, which will deal 380% damage to an enemy, will also give her a bump in defense and speed, making her a real threat on the battlefield. And as mentioned, summoning her will reduce the cost of the next ally summoned by 6. That’s an insane discount to have at your disposal.

Yuffie is one of the best sorcerers in the game, if not the absolute best. Her attack powers can deal out some massive AoE damage while also boosting the damage of other AoE-using allies.

Specifically, her passive ability Reincarnation will boost the AoE of all her allies by 16.5%, which is a pretty solid boost. In terms of her own damage, she can use Abyss to deal 210% of attack as damage to all enemy units while also dealing an extra 15% to enemies with 14 or more energy.