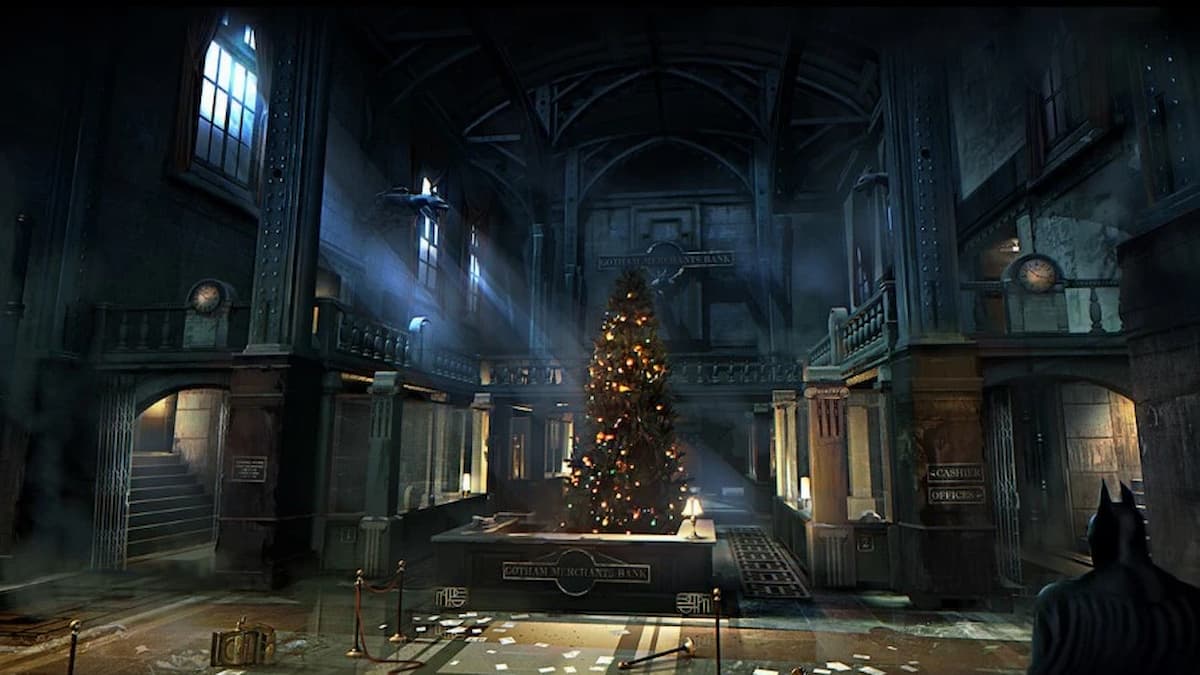 It is the most wonderful time of the year, so it is no surprise that plenty of video games are set during the Christmas season. The lights and songs are instantly recognizable to people worldwide, making it a lot easier for developers to build a good setting for the players to explore. If you’re looking for a game to put you in the holiday mood no matter what time of year it is, here are our picks for the best Christmas games.

The 10 best video games to play at Christmas

While some are more festive than others, each of these games embraces the holiday spirit in its own way. Whether they’re directly about Christmas or just set during the festive period, they use all the imagery and themes you could ask for from a Christmas game.

Alone in the Dark 2

You might think the scariest part of the holiday season is shopping, but you’d be wrong. While the franchise has had trouble expanding onto modern consoles, the second Alone in the Dark game is still one of the best horror games of the period. It doesn’t make the holiday central to the plot the way other games on this list do, but it sees investigator Edward Carnby solving a murder on Christmas Day, making it perfect for those who want something a bit different from the holiday.

Christmas has been a running theme in the Batman universe for generations, so it is no surprise that they set a video game during the Christmas period. While it isn’t our all-time favorite Batman game, Batman: Arkham Origins makes good use of the holiday setting to highlight the grim world that Batman inhabits. Seeing Batman and Bane face off against each other in the wintery backdrop is a beautiful set piece.

If you thought angels and demons took the holidays off, think again. This sequel starts with everyone’s favorite Umbra Witch finishing off her Christmas shopping only to have to stop a celestial invasion. Like the rest of the series, Bayonetta 2 is a fun, tongue-in-cheek take on the subject matter and is one of the most fun Christmas games you will ever play.

We’re sure there is an allegory there between the waves of undead and Christmas shopping, but we were having too much fun with the series’ famous improvised weapon system to notice. Christmas songs are playing as you slaughter zombies with anything you can get your hands on, so what else could you want for the holiday season? There is no better way to get into the festive spirit.

This one is an add-on rather than a full game, but it is still lots of fun to take control of Duke Nukem as he quips his way through the North Pole. Many of the series’ classic enemies have been reskinned for Christmas, allowing Duke to blow up evil snowmen and even Santa himself. It is silly fun, but that has always been what Duke Nukem did best.

Considering how deadly serious the game’s protagonist is, Agent 47 will take any excuse to spread a little Christmas cheer. Several missions in the games have a Christmas theme to them, but Holiday Hoarders is the one that embraces it the most. Dressing up as Santa to get close to his target might not be everyone’s idea of a feel-good holiday, but it is just an extra incentive not to get on his Naughty List this year.

Not everyone wants to be festive during the holiday season. Some people want to bring that Halloween vibe right through to the end of the year, which is where Parasite Eve comes in. The game opens on Christmas Eve and mostly takes place during that wonderful period between Christmas and New Year when the days all melt together, and we’ve all eaten a touch too much each day.

What else is there to do when your series has elevated its hero to the role of President of the United States and had him use his superpowers to overthrow alien invaders? You send him and the other Saints into a computer simulation to save Santa Claus. Like the best parts of the series, this is a silly game that manages to embrace many Christmas traditions while also subverting them. The Saints Row series is at its best when it doesn’t take itself too seriously, and that is on full display here.

Another superhero offering, this time on the Marvel side of things. The Miles Morales semi-sequel to 2018’s Spider-Man saw the younger web-slinger tackling a plot to destroy the city while also trying to spend Christmas with his friends and family. Insomniac’s recreation of Christmas in New York is stunning and worth playing just for those quests that take advantage of the seasonal sights and sounds.

Christmas might be all fun and games for us, but it is a lot of hard work for Santa’s elves. It is no surprise that they might start planning an escape. In this add-on for The Escapists, you help the workers in Santa’s workshop break out and escape the festive tyranny once and for all. It is a unique Christmas game that plays with the usual formula of holiday cheer effectively.